Braman, a Refugio rancher and houndsman, said in 9 days there were no poacher tracks found in Kruger National Park, South Africa. 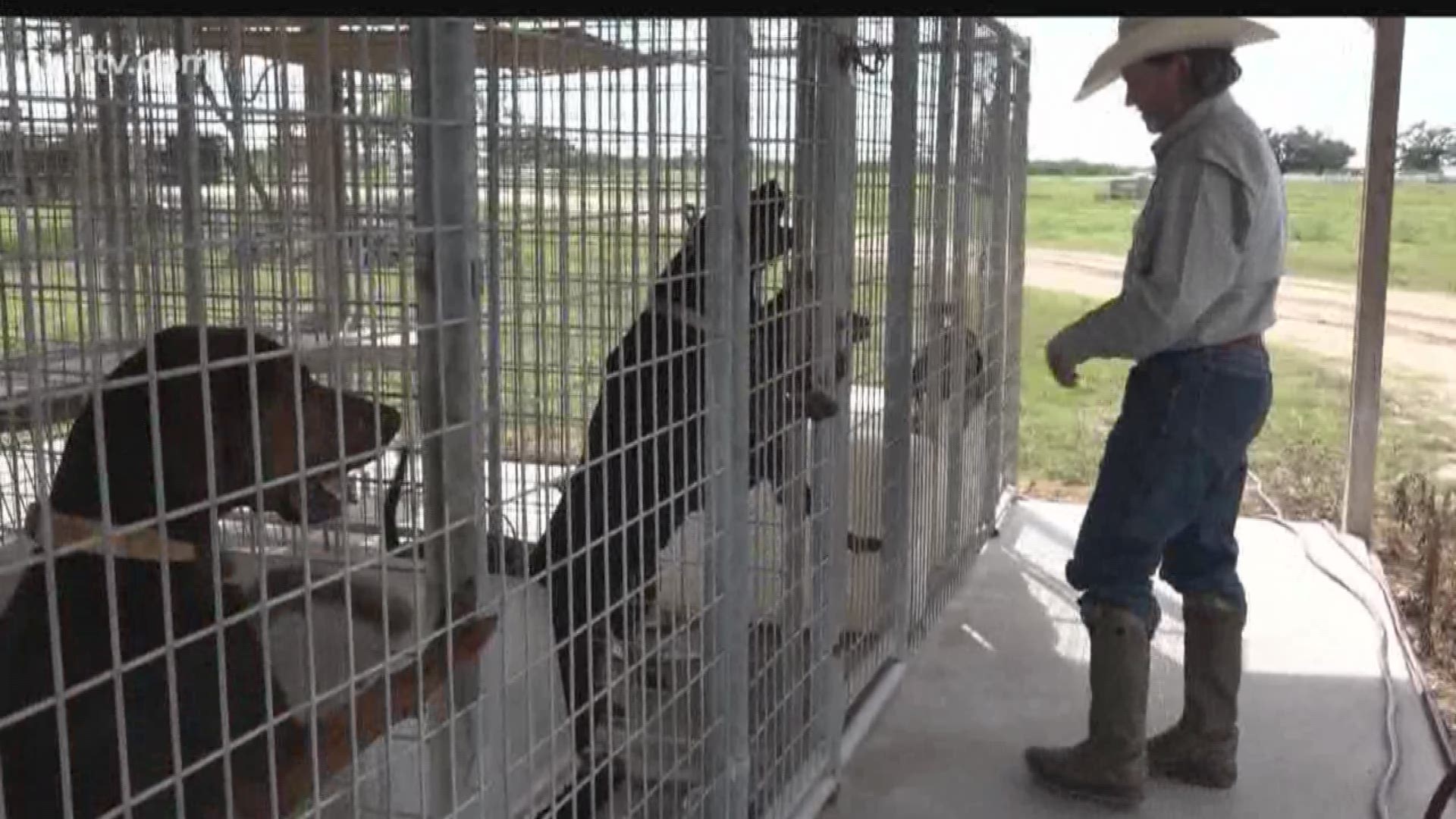 Some Refugio raised dogs have made a difference in the effort to eliminate rhino poachers in South Africa.

"I was kind of foggy going into it because the dogs have never seen impala,they've never seen wilda beast, never seen elephant, never seen a lion," Joe Braman said about the 20 dogs he sent to the South African Wildlife College.

Braman, a Refugio rancher and houndsman, said in 9 days there were no poacher tracks found in Kruger National Park, South Africa.

He said that was unheard of.

Once Braman's dogs hit the South African dust, it was over for poachers.

"This is the answer," Braman said.

They've proved thier months of training has paid off," Braman said.

All to help save the precious rhino population.

"At this rate my grandchildren are never know what one looks like other than a book," Braman said.

Braman said that's almost twice as much in street value as cocaine.

"I mean you're looking at 20 years right off the bat if not worse," Braman said. "So the guys are running like crazy."

But not as fast as Braman's dogs.

"If I can utilize my god given talent of training dogs to help save a species I'm going to do it," Braman said.

"Our goal is to bring them back safe and for them to be able to bring a dog biscuit and be able to give it to them one day and say their families to say thank you for bringing my loved one back." Braman said.

Unfortunately two of his non-aggressive dogs, Nell and Grunt, were killed while tracking illegal immigrants over the weekend.

Back in April, Braman was getting ready to send 20 to the South African Wildlife College, when he showed 3 News exactly what they could do.

Braman's effort to end rhino poaching in South Africa is far from over.

He plans on increasing his force from from 400 to 500 dogs. He is working to become a 501c so people can donate their time and money to help feed and train the four-legged heroes.