School trustees are set to decide Tuesday night if the song will stay or go. 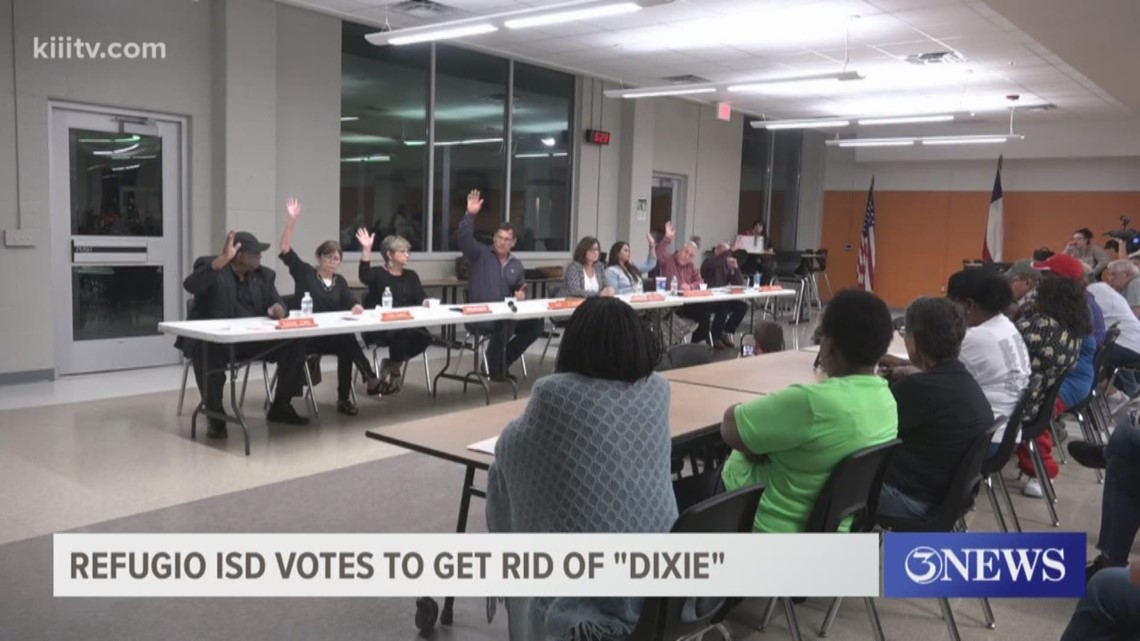 There was a full house at the board meeting as a majority of spectators urged with trustees to get rid of the song based on their belief that its origin is racist in nature and that it is offensive to African Americans.

Many of the attendees at Tuesday's meeting are celebrating after the school board unanimously voted to get rid of the 'Dixie' school song.

"Anyone who sits in 2020 and embraces the national anthem of slavery. Of oppression is exactly what they are supposed to be. Which is a white supremacist," opposer of Dixie said.

The night was filled with frustration.

"Give up the tradition. Which we know is really hogwash. Instead, it's really a desire to hold up a racist song,"  First Assistant District Attorney Matt Manning.

One neighbor called the song a tradition versus progress.

"Why is this the tradition that we're clinging too. Of all of the excellent community based, inclusive traditions that we have, why is this the one that we are willing to die on. Why is it that hill,"

"My husband is black. It has nothing to do with the race for me," resident Nichole Henderson said.

"It's part of my heritage, southern heritage, and confederate heritage, which I am very proud of. I don't find it offensive," supporter of Dixie said.

Supporters were angered over the school boards' previous 5-2 decision to keep Dixie.

"You cant play Dixie on base on anywhere in the world. You know why? Because it is offensive. The reason I'm gonna tell you why because it's so offensive to soldiers. To minorities and black soldiers," opposer of Dixie said.

After receiving criticism and hearing the public please one last time the board voted unanimously to get rid of the song.

"Because the song was of racist. Was in a racist time and the song of oppression. Their vote was perceived as racist. Which it wasn't a racist vote," said Jorge Jaso, secretary of the school board.

"At the end, I think they did what was best for the community because it has torn this community apart," Henderson said.

"I commend the school board for getting rid of the song, but that's secondary to my commending the citizens here who took action and took the fight to the school board and told them we would not allow this to happen in our community," Manning said.

The newest state champions will hear a new tune the next time they hit the gridiron.