Thanks to some generous grants, the towns of Refugio and Woodsboro now have new homes for their volunteer fire departments. 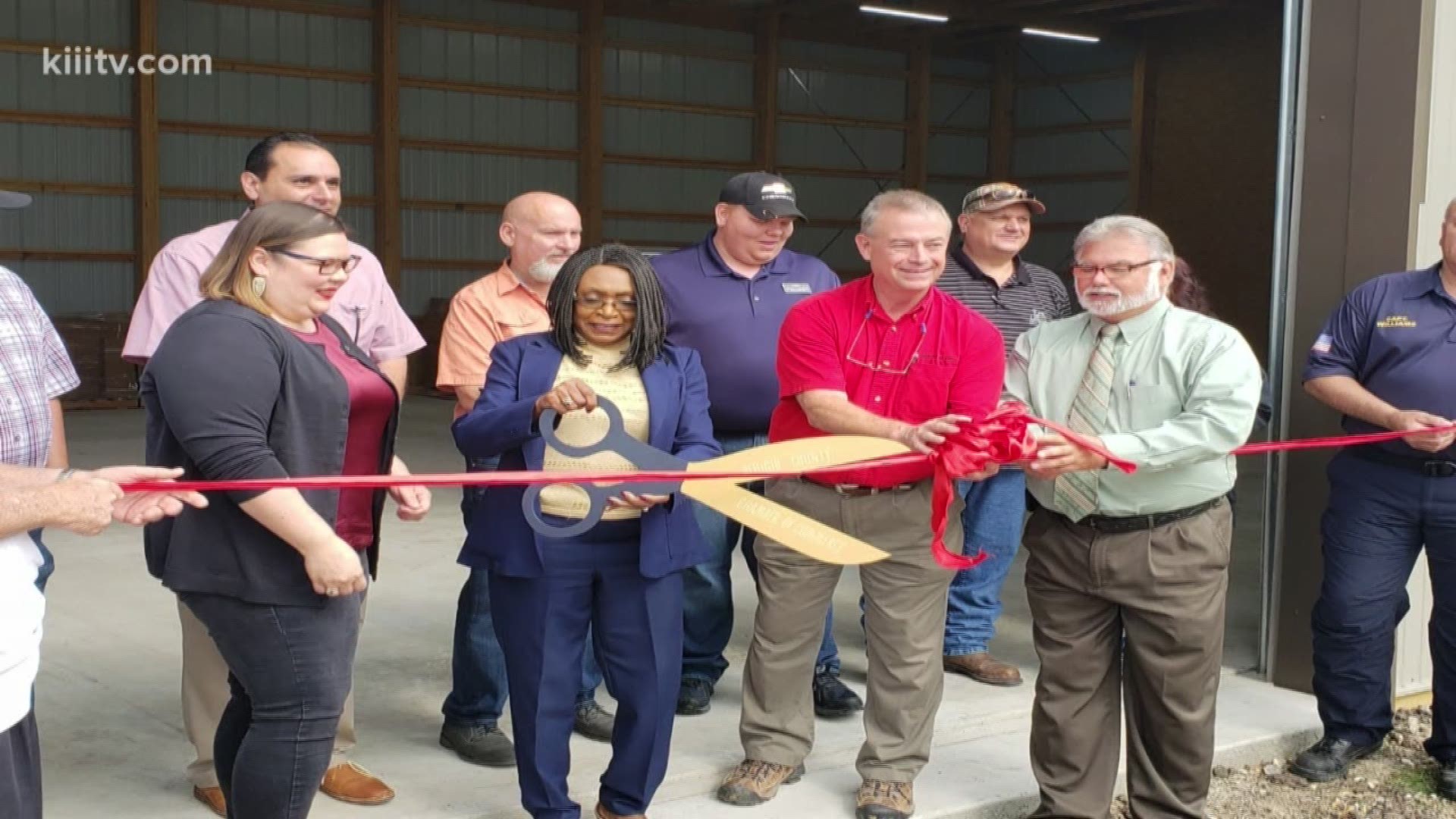 REFUGIO COUNTY, Texas — They were devastated by Hurricane Harvey, but on Tuesday at least two Coastal Bend communities are one step closer to recovery.

Thanks to some generous grants, the towns of Refugio and Woodsboro now have new homes for their volunteer fire departments.

Both mayors said they were grateful for the funds, which were used to build temporary housing for their respective volunteer fire departments' engines.

"Finally we have something. We have something we can show our community that we are doing something, because a lot of them are getting discouraged," Dukes said.

Both communities celebrated the opening of the structures with a ribbon cutting ceremonies Tuesday, symbolizing at least one more phase of reconstruction.

"Well ever since the storm we've been in an uproar because it took the roof off the station," Woodsboro Fire Chief Lee Riemenschneider said. "All of our equipment in there got destroyed. All of our bunker gear, air packs, all that."

While the two three-bay structures are appreciated by residents, there was a mutual statement by most there: There is still a lot more to do.

"Countywide we probably have in the neighborhood of 80 projects that we're still trying to put a funding strategy together to fund these projects, so we can bring back some recovery," Refugio County Judge Bob Blaschke said.

Tarps can still be seen covering roofs of Woodsboro homes and businesses in disrepair due to Hurricane Harvey. Their mayor said Tuesday it could be a very long time before they fully recover.

"I've been back and forth to Austin several times and they're saying five to seven years, and since we're already into two, it's looking more like seven to 10 years, especially like for rural communities because the funding is not there," Roach said.

Thanks to organizations like Rebuild Texas, communities like Refugio and Woodsboro are seeing progress. And thanks to the Michael and Susan Dell Foundation, who are part of Rebuild Texas, the philanthropy will continue.

"We are working on projects in Rockport, the Aransas Pass water tower, so we have a lot of projects going in and around the Coastal Bend that we're really excited about," said Cristina Cornejo of the Rebuild Texas fund.