Many of the things we thought mattered on that Monday two decades ago mattered much less the next day. 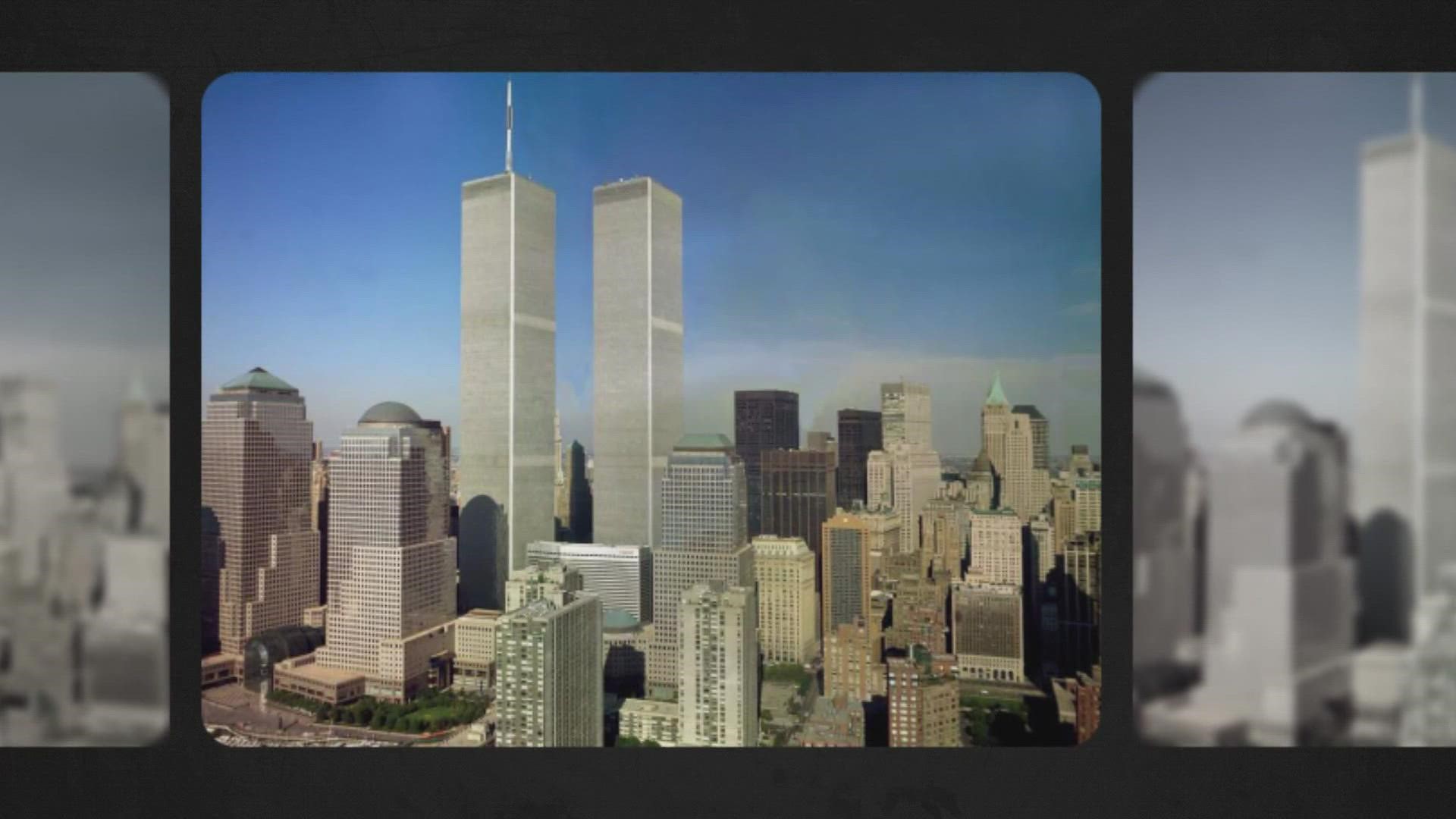 DALLAS — Those of us who are old enough to remember Sept. 11, 2001 know where we were, what we were doing and who we were with when we realized America was under attack.

An August 2021 survey from the Pew Research Center found 93% of Americans 30 years old or older remember where they were that day.

Perhaps those memories are held in stark clarity because that day shook us to our core.

RELATED: 20 years later: A piece of 9/11 history is on display in Fort Worth

It changed our priorities and our perspectives and – for many – it awakened our patriotism.

The days leading up to that Tuesday in September offered no hint that the world was about to change.

On Monday, Sept. 10, 2001, the headlines in Dallas centered around the Cowboys’ Sunday afternoon season opener loss to Tampa Bay at Texas Stadium.

Credit: Newspapers.com
The September 10, 2001 edition of the Star-Telegram

It was the first regular-season game after legendary quarterback Troy Aikman’s retirement.

Alongside Cowboys coverage, the Fort Worth Star-Telegram featured headlines about the nation’s economy on the brink of a possible recession.

The Austin American-Statesman covered those same economic concerns and high hopes for a new charter school in town.

Time magazine had a North Texas tie that day.

The cover of the issue that hit newsstands on Monday, Sept. 10 featured Bishop T.D. Jakes, founder of The Potter’s House in Dallas.

The magazine asked if Jakes was “the next Billy Graham.”

And a D-FW native has photographs proving things felt the same way in New York City.

Roger Walters grew up in North Texas and had lived here his entire life, but he always loved the city.

RELATED: Remembering 9/11: Why a 20-year-old NYC skyline portrait is so meaningful in McKinney

He had traveled to the east coast to bury his mother in early September and a cousin suggested a brief trip to his favorite place to take his mind off his loss.

“As we were walking up the street, I turned around and I said to them I have to take a picture of these things they’re just so amazing,” Walters said, referring to the twin towers of the World Trade Center.

“One alone would’ve been impressive, but there were two of them,” he said. “You would just look up and up and up.”

He took a picture with his digital camera (remember – cameras on cell phones were not common in 2001) of the massive towers at 12:30 p.m. on that Monday.

Walters was due to fly home to Dallas on September 11, but he stayed with family in New Jersey until flights resumed that weekend.

“You just sort of take an assessment and think, ‘Whew, that was a close one.’ And you reassess. ‘What have I not done in my life that I want to do?’” he explained.

He’d always loved New York City, and being there on that day inspired him to move there.

2001 was not Walters' only brush with history.

He says on Nov. 21, 1963, he was a young boy when his parents brought him to Carswell Air Force Base in Fort Worth.

They caught a glimpse of President John F. Kennedy and the first lady.

The next day, Kennedy was killed in Dallas.

Those historic days remind us life is fleeting and tomorrow isn’t promised.

They are reminders that we should all try to make even an unremarkable day, like September 10, remarkable in some way.