Due to Tropical Storm Beta, the repairs have been put on hold. 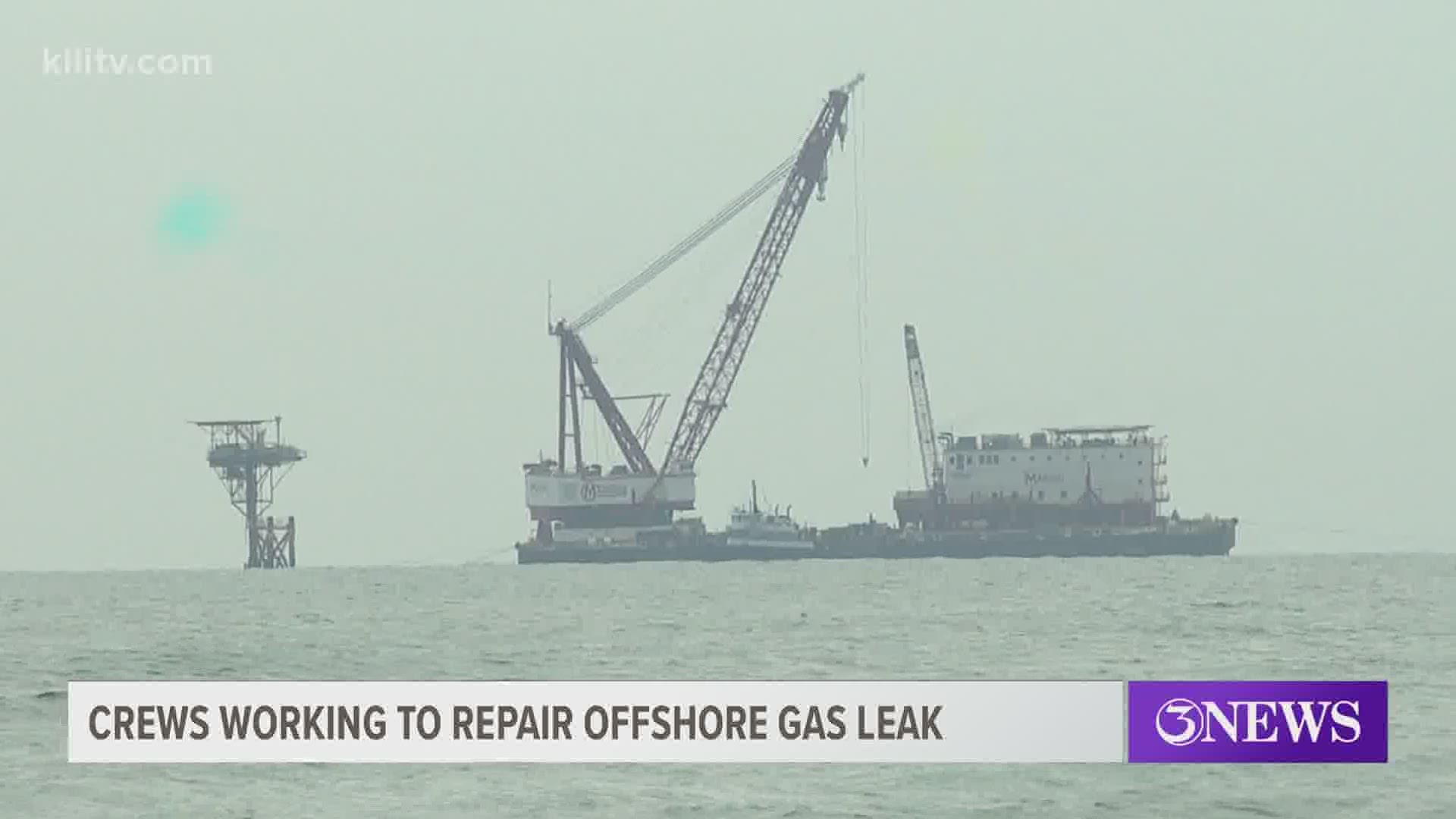 Due to weather Tropical Storm Beta, offshore repairs have been put on hold.

According to the city, “The derrick barge, a crane equipped boat used for repair, the support boat, and all personnel have departed the rig. The vessels will take safe harbor until weather conditions improve.”

The vessels will remain docked. Repairs will resume once winds at the platform drop to15 mph or less and waves are below six feet.

According to the city, “All parts and materials necessary for the repair of the rig have been located, purchased and inventoried.”

Tuesday a support boat was loaded with repair equipment and replacement parts. This equipment will ensure repairs can be made safely and quickly.

The city says once “the crane-equipped rig arrives, it will pick up the repair team and the supplies needed to repair the wellhead and transport them to the platform.”

UPDATE:
The city says there has been no change so far to the status of the repair. According to the Texas Commission Environmental Quality several locations are still being monitored for possible airborne contaminants. So far samples have not shown any level of material that requires action or concern.

The USCG extended a “Temporary Flight Restriction zone (TFR) for aircraft of any kind including drones that covers one mile around and 500-feet above the platform.”

They also established an 800-meter safety zone around the platform which must not be crossed.

The temporary flight restriction zone will be in effect for the next two weeks. Beach access from the Bob Hall Pier parking lot is temporarily closed.

The city says completion of the repair will be announced shortly.

There are some set backs on repairs for the offshore rig being worked on near Bob Hall Pier.

The company handling those repairs said they'll take a little longer than expected.

The reason being is that after a closer on site evaluation -- it was determined that it had experienced far greater damaged than initially realized.

The company was unable to replace the valve that was leaking. However, as the Texas Commission on Environmental Quality has reported, air quality should not be an issue.