Local historians explain the Robstown Cotton Picker pays homage to the predominantly Hispanic migrant workers who work in the cotton fields Robstown is known for. 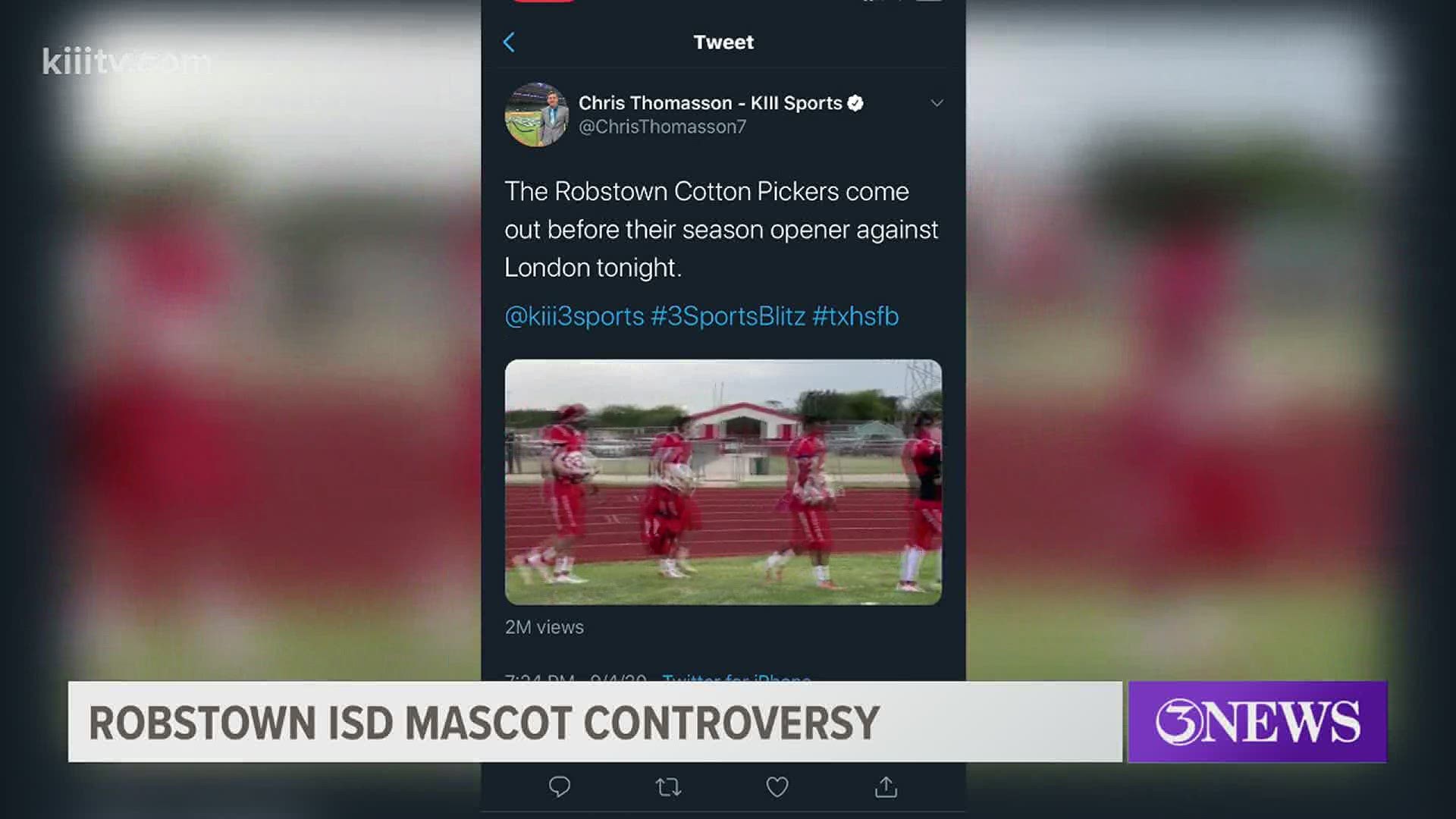 ROBSTOWN, Texas — Robstown, Texas is making headlines nationally for its long-time mascot, the "Cotton Picker," as people question not only how it came to be, but how it has been allowed to remain the mascot, especially as racially controversial characters across the country have been boycotted and replaced.

You may have seen this tweet from KIII 3News Sports Director Chris Thomasson:

The Robstown Cotton Pickers come out before their season opener against London tonight.@kiii3sports #3SportsBlitz #txhsfb pic.twitter.com/5iCJHd6Fny

The tweet's caption states "The Robstown Cotton Pickers come out before their season opener against London tonight." The video depicts a long line of Robstown High School football players dressed in the school colors of red and white as they take the field in their first game of the season.

To some residents of the Coastal Bend, the tweet was just a statement of fact. But that was not the case for others across the country.

As of Saturday afternoon, the video has caught the eyes of over 1.7 million people and is now trending nationally.

The comments and replies to the video expressed shock that a school would use a racist term tied to our country's painful past with slavery to represent its students.

Local historians explain the Robstown Cotton Picker pays homage to the predominantly Hispanic migrant workers who work in the cotton fields Robstown is known for.

Robstown Independent School district says that is not what the mascot represents to them, saying "to be a Robstown Cotton Picker exhibits a sense of pride."

When the issue was brought up in 2017, several Robstown residents explained "cotton picker" represents their Hispanic culture and pride.

Others are saying times have changed. In 2017, the mascot was brought to the forefront when neighboring school, Hamlin Middle School, changed its own mascot from a rebel wearing a confederate flag, deeming it to be offensive. However, there have not been any formal challenges of the Robstown mascot.