Officer Erik Fiedler says they received a call after a woman's home security system showed her a video of a man kicking in her door. 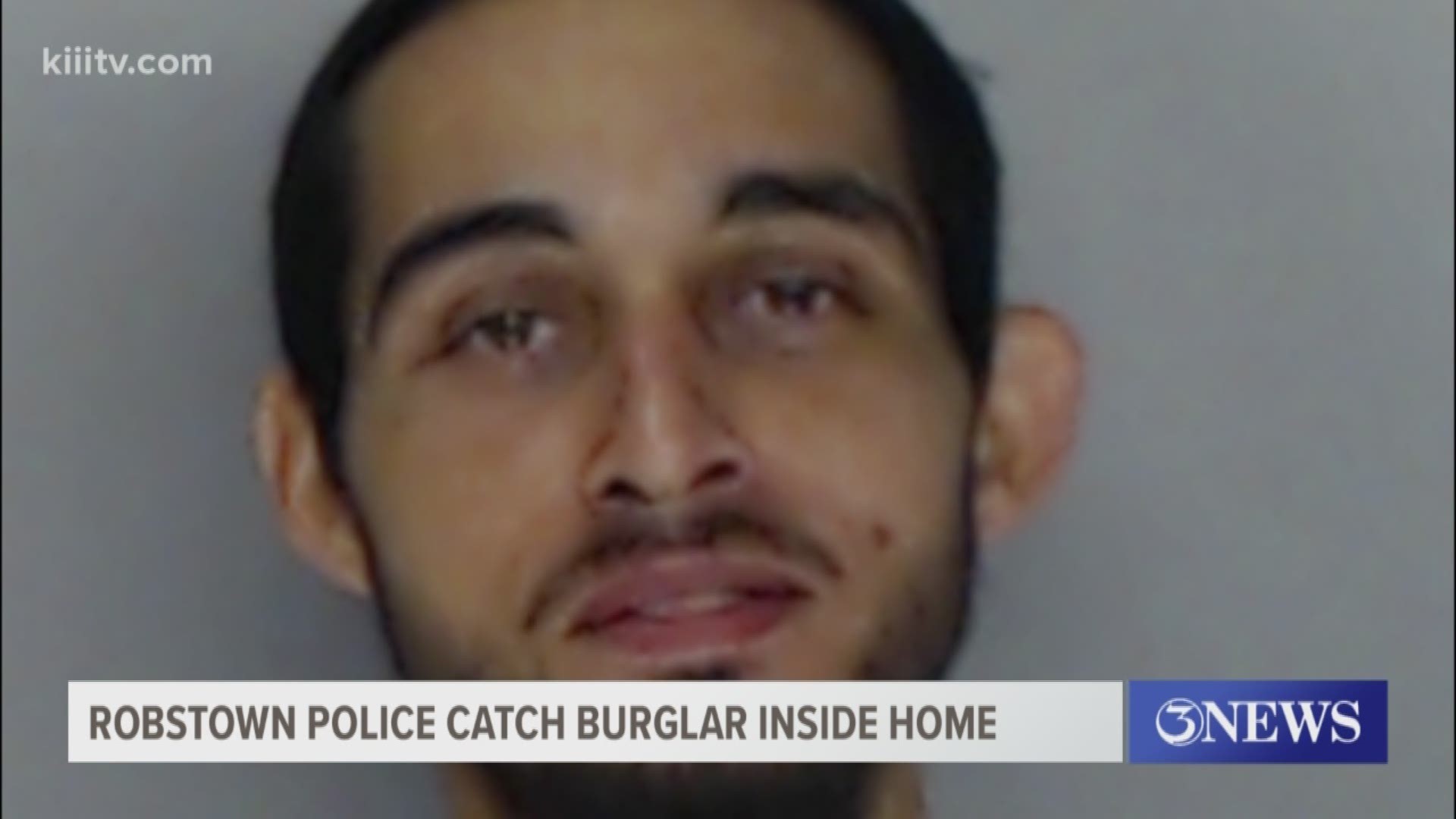 ROBSTOWN, Texas — A Robstown resident says she is grateful for the police after a scary situation at her home.

According to police, A burglar kicked in a women's door. The woman was not home at the time but caught the whole thing on her home surveillance camera.

Officer Erik Fiedler says they received a call after a woman's home security system showed her a video of a man kicking in her door.

The video shows police entering the home and asking the suspect where he is. Officers asked the suspect to put his hands up.

According to Fiedler, 29-year-old Roel Martinez was found in a back bedroom and arrested without incident.

Martinez is charged with burglary of a habitation.

No one was home at the time, but officers say it was thanks to the woman's security system that they were able to catch Martinez red-handed.

"If you do have a home system like that, it is a good thing that you do. We are proactive police here in Robstown Police Department, but it does help if the community lets us know what's going on," Fiedler said.

Police recommend getting an alarm system that allows you to see.