Robstown police said the victim was identified as 65-year-old Edward Paul Hernandez, a painter who was well known around town. 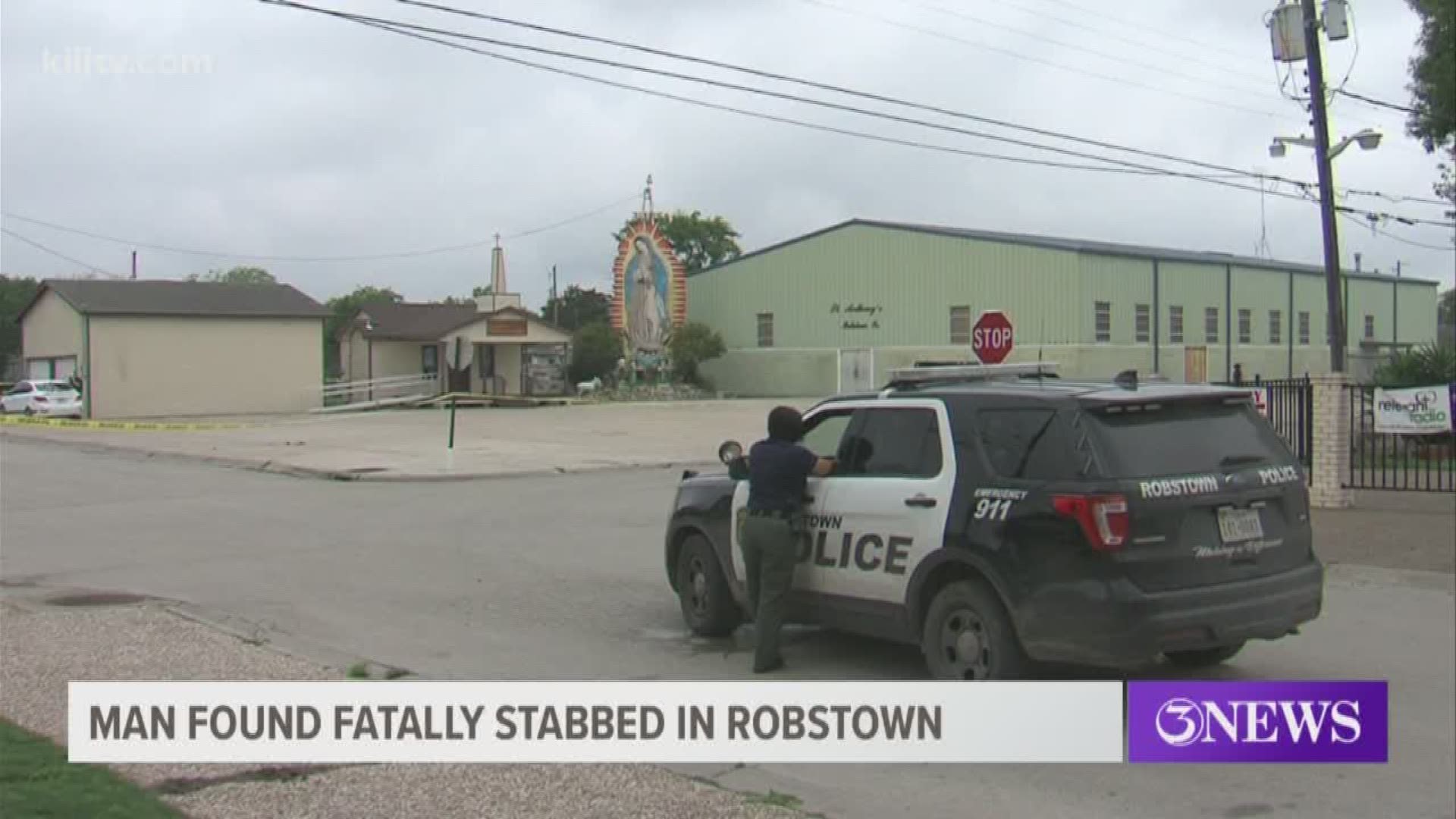 ROBSTOWN, Texas — Authorities in Robstown spent much of Tuesday morning investigating a stabbing after a body was found at the Nueces County Park on the northwest side of town.

According to the Robstown Police Department, the body was seen by a couple of morning joggers just after 6 a.m. Tuesday by a pond at the county park, which is located in the 400 block of Mainer. They notified quickly notified authorities and an investigation began.

Robstown police said the victim was identified as 65-year-old Edward Paul Hernandez, a painter who was well known around town. He had multiple stab wounds to his upper chest. His vehicle was also found in the parking lot of St. Anthony's church.

Police said the victim's family had reported that he went out for Whataburger the night before and never returned.

"We do believe that the crime was targeted and not just at random so we want the public to not be alarmed the investigation is actively ongoing and investigators are following up on all leads," Chief Enrique Paredez with Robstown Police Department said.

This is the second homicide to happen in Robstown this year. Police said the first was also believed to be a targeted attack.