For decades the Hamlin Middle School mascot has been a rebel wearing a confederate uniform, but the school decided to change it due to what some feel is an offensive past. 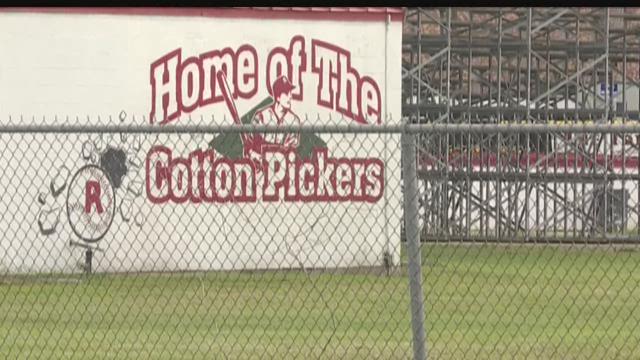 For decades the Hamlin Middle School mascot has been a rebel wearing a confederate uniform, but the school decided to change it due to what some feel is an offensive past.

The only other school in South Texas with what could be considered a controversial mascot is the Robstown Cotton Pickers, with some asking if they will now change their name, too.

Robstown residents said it really comes down to what is accepted and appropriate for their small community, and while some say the name may seem offensive to those who don't live in South Texas, they feel it represents family pride.

The Hamlin Rebels, on the other hand, is now a name of the past. The middle school changed their mascot due to what could be seen as offensive confederate past.

"I've lived in different cities and when I tell them my high school mascot they kind of take a, it's a big surprise," Robstown High School Alumnus Herman Rodriguez said. "They get surprised by what it is."

Rodriguez said while he has met many outside of South Texas who find the name offensive, that is not the case for locals who are proud of their past.

Lalo Morales said he did not even know it was a phrase people could view negatively.

"Born and raised picking cotton since I was six. That's why they call us the cotton pickers," Morales said.

"Robstown ISD administration has not received commentary from parents due to neighboring school districts' mascot controversy. To be a Robstown Cotton Picker exhibits a sense of pride. At this time Robstown ISD will stay focused on student needs as their priority."

Rodriguez said he actually agrees with changing the Rebel mascot at Hamlin, but said that would only need to be done in Robstown if demographics shift.

For now, locals are proud to explain to others why the name represents so much positive history.