During his time in prison, sources told 3News that Starry became a member of a white supremacist group. 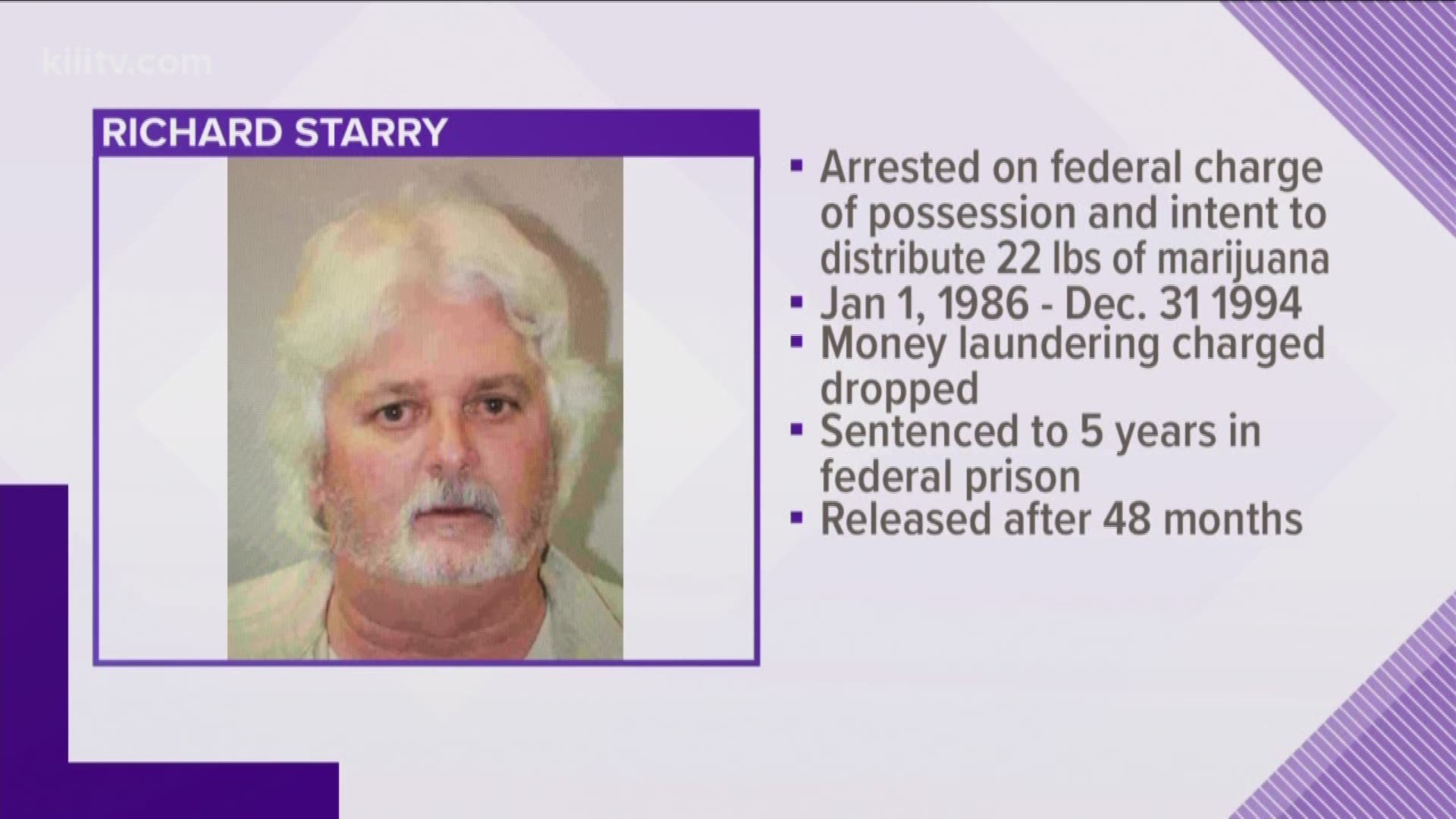 Robstown (KIII News) — 61-year-old Richard Starry, the man who Robstown police said shot and killed four relatives before turning the gun on himself Friday, had an extensive criminal past.

His most recent run-in with the law happened just last year.

Starry had violent tendencies and a criminal record that dates back to 1986 according to law enforcement agencies, public records, and family members who did not want to be identified.

He was arrested by federal agents for conspiracy to possess with intent to distribute more than 2,200 pounds of marijuana between Jan. 1, 1986, to Dec. 31, 1994. He was also charged with a second count of money laundering which was later dropped. However, Starry was sentenced to five years in federal prison for his crime.

During his time in prison, sources told 3News that Starry became a member of a white supremacist group.

Starry was released from federal prison after serving 48 months, but was arrested last year by Nueces County Sheriff's deputies for an outstanding warrant out of Bee County.

Most recently, law enforcement agents were sent to the Starry property to look for weapons. It was believed Starry owned more than 200 firearms.

As far as a motive for Friday's shooting, 3News was told that it was about an inheritance and a disputed will that had been the subject of several filings and hearings in Nueces County. The precise nature of the dispute is still unknown, however.