After a meeting with other community leaders and first responders, Aransas County Judge Burt Mills thought it would be best to close off beach access to the public. 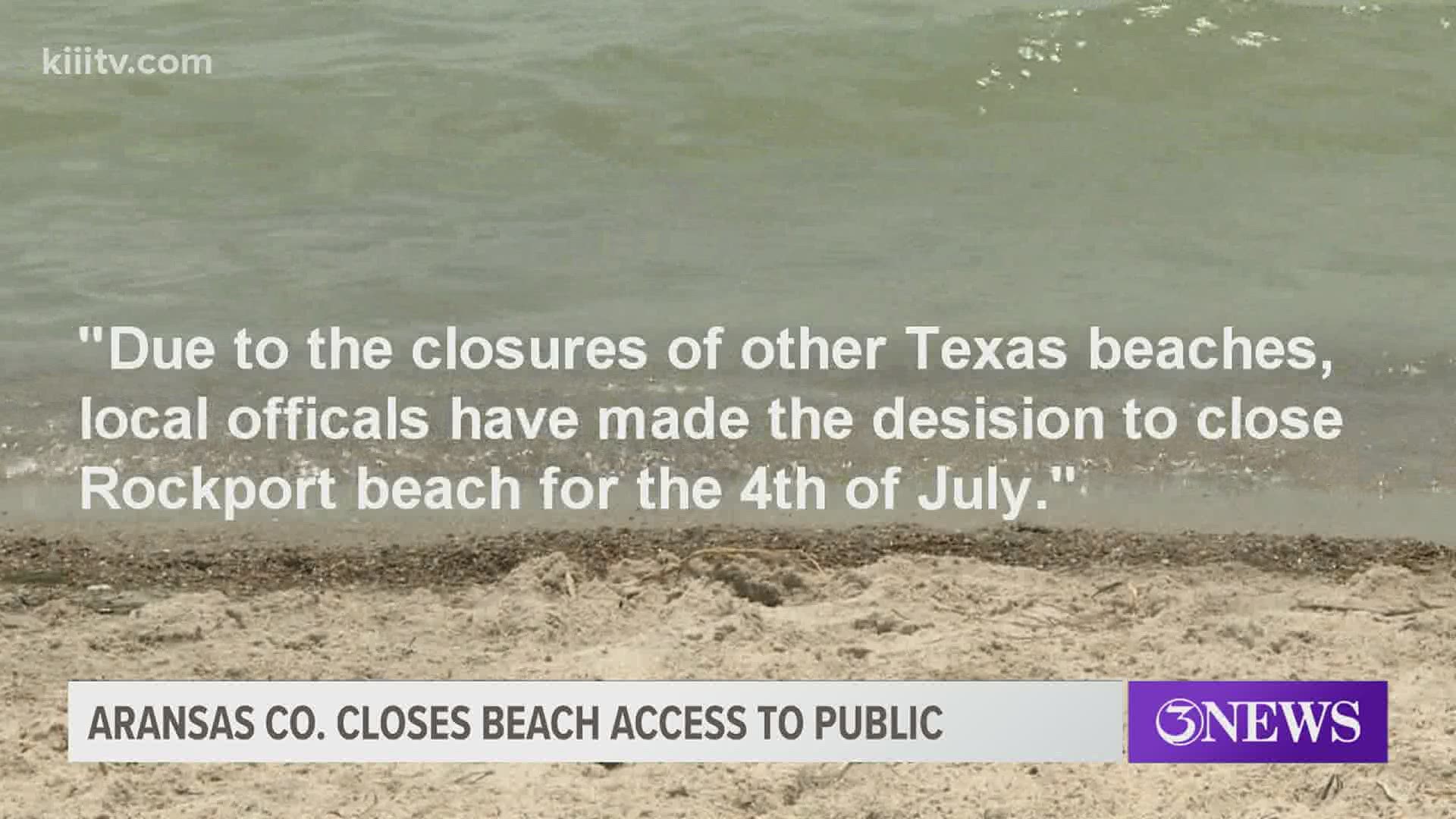 ARANSAS COUNTY, Texas — There's been a change of thinking in Rockport-Fulton over the plans to keep their beaches open. Yesterday, they were the only beach community in the state saying they'd be open for the July 4 weekend. Today, they reversed that decision.

The Jamison family from southeastern New Mexico had been planning this weekend for months.

"We've been looking forward to this all summer, and then a few days before we got here they closed the roads to the beaches, so most of everything that we brought and planned to do is put on hold," Katie Jamison said.

After a meeting with other community leaders and first responders, Aransas County Judge Burt Mills thought it would be best to close off all beach access to the public.

In a statement released just before noon, the county said "due to the closures of other Texas beaches, local officials have made the decision to close Rockport beach for the 4th of July weekend."

The beach could have ended up being overrun with beach goers putting a strain on the small community's infrastructure and first responders. While coastal beaches are under the direction and control of the Texas General Land Office, the same does not hold true for Rockport-Fulton.

Still, the closure of Rockport means a loss of revenue for a community heavily dependent on tourism and still recovering from the effects of Hurricane Harvey.

Rockport beach will close at midnight on Thursday July 2, and reopen for normal hours on Tuesday, July 7. We're told, however, the Aransas County Navigation District boat ramps, other than the beach ramp, will remain open.