The fire remains under investigation, but residents are still concerned with how quickly the flames spread and left their neighbor without a home. 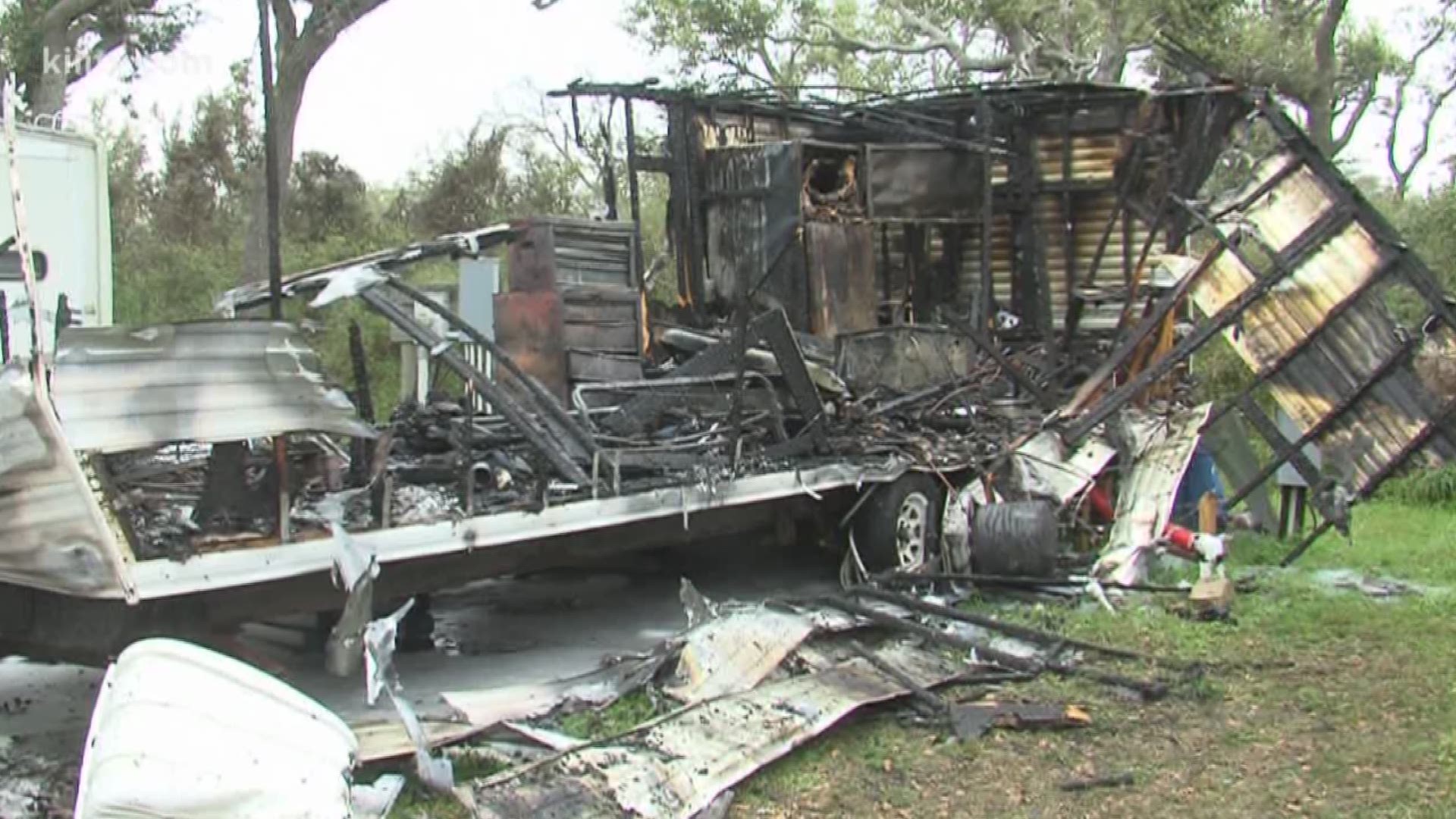 ROCKPORT, Texas — A Rockport, Texas, man believed to be in his early 20s was sent to the hospital Tuesday after suffering severe burns during an RV fire.

The smell of smoke, the sound of fire engines and the remains of one man's home was what residents of Hooked Up RV Park woke up to Tuesday morning.

"I see this smoke coming up in the air, and I think gee whiz, that's got to be in the park here," resident Larry Clinger said.

The Aransas Pass and Aransas County fire departments arrived at the already scene at around 9 a.m. The RV was already fully engulfed.

"This is the first time I see anything happen in here," Clinger said. "It's unusual."

The fire remains under investigation, but residents are still concerned with how quickly the flames spread and left their neighbor without a home.

"We are prepared. We know what we have to do, but many people don't," a witness said. "Everybody knows everyone, and it's not just one person's life but many people's lives. We have to take care of each other."

Licensed vocational nurse Angela McGee heard a loud sound that prompted her to look outside. That's when she saw her neighbor on fire.

"I just yelled for him to drop down to the ground and roll to get the fire out," McGee said.

McGee's home was just a few steps away from the fire.

"I didn't care about that. All I cared about is if he was safe," McGee said.

McGee's years of experience in the medical field were called into action.

The man remains in the hospital with serious burns but is expected to be okay thanks to neighbors such as McGee.

"As soon as they move out I'm going to the hospital to check on him," McGee said.