According to DPS neither the driver or any of the other four passengers were wearing seatbelts and were ejected from the truck. 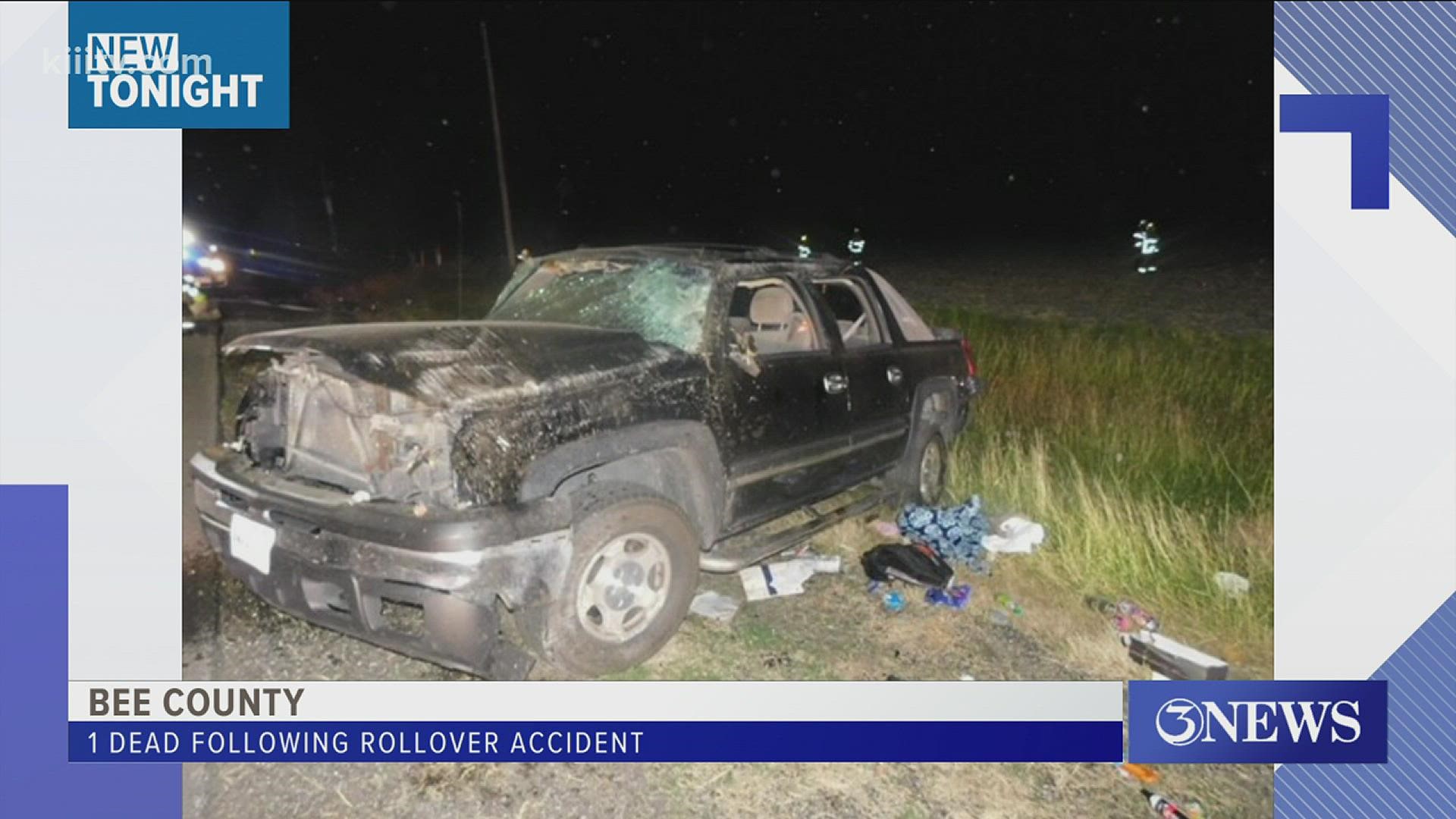 BEE COUNTY, Texas — A woman is dead, and another woman as well as three young children hospitalized after a rollover crash in Bee County.

The crash happened just before 7 p.m. last night Sunday, on U.S. Route 59 eight miles east of Beeville. a DPS investigation revealed that a Chevy Avalanche was traveling east and at some point and veered off the road, losing control of the vehicle, then flipping over multiple times.

According to DPS neither the driver or any of the other four passengers were wearing seatbelts and were ejected from the truck.

The front seat passenger, a woman and an 11-year-old boy, and two girls ages eight and three were taken to the hospital. The extent of their injuries are unknown at this time.