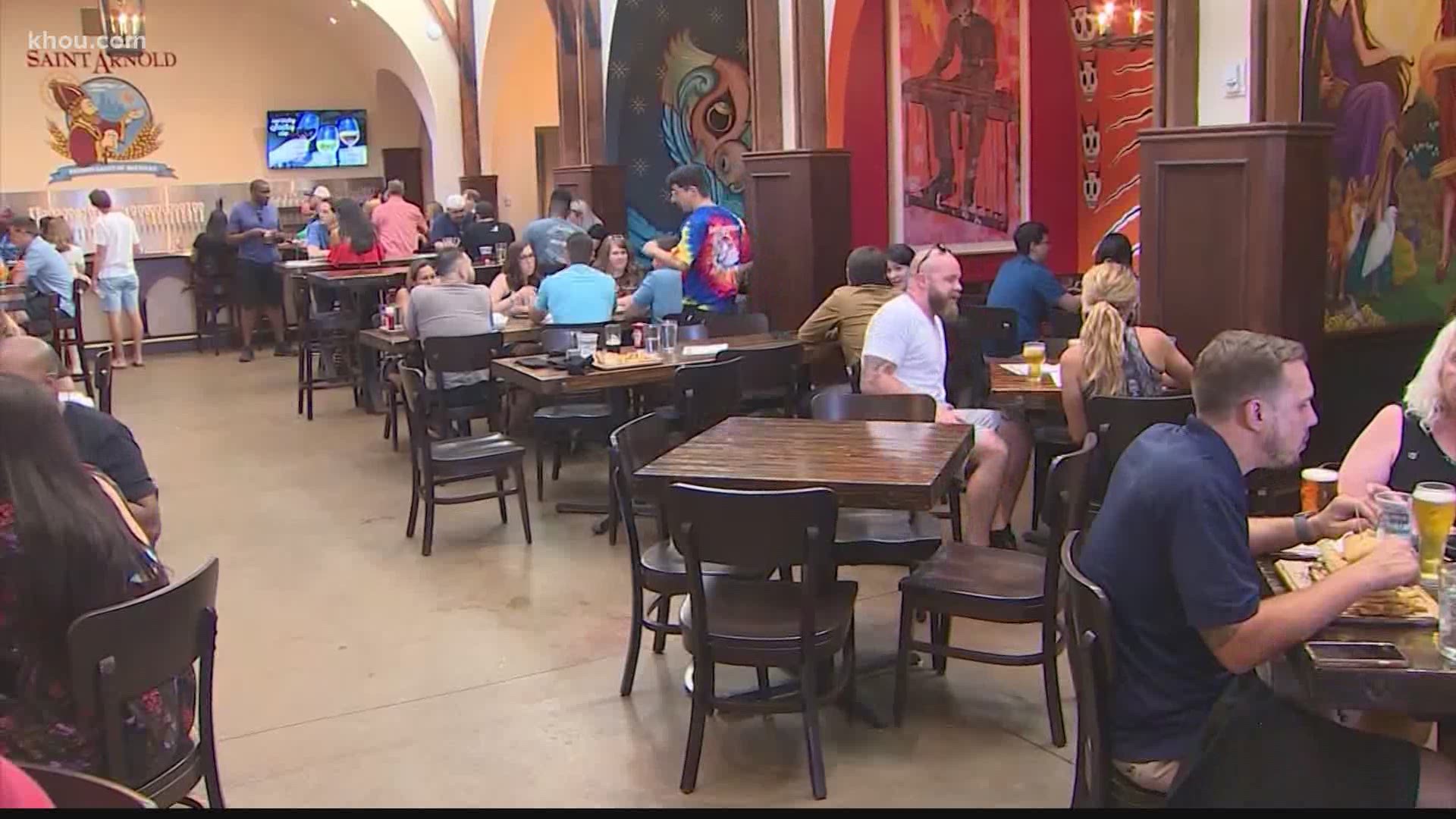 HOUSTON — The Saint Arnold Beer Garden and Restaurant said it's being forced to eliminate 75 jobs and only sell beer and food to-go because Texas Gov. Greg Abbott has abruptly changed how it categorizes brewery restaurant operations.

The company said Abbott is recognizing the company as a bar, and therefore required to close to the public due to the most recent state order.

"Rather than looking at just how brewery restaurants operate, the Office of the Governor has decided that breweries' sales of beer to distributors are to be included in the calculation as to whether we sell less than 51% alcohol at our Beer Garden & Restaurant," the company said in a statement released Monday.

The beer garden said counting the beer it sells to its distributors as if it were being sold in the restaurant "defies common sense."

"We are calling on the governor to make this easy fix so we can retain the 75 coworkers whose positions will otherwise be eliminated," the company said.

Brock Wagner, founder/brewer of Saint Arnold Brewing Company, said when Abbott originally allowed bars and restaurants to reopen, he invested time and money in making sure the brewery was safe for his customers and a place Houstoninas would be proud of.

Now that his beer garden can't operate as a restaurant, he said he has to close the outdoor dining area and go back to his skeleton crew, effective Monday.

Wagner is not the only business owner frustrated with the recent restrictions brought on by Gov. Abbott's order.

Bars like Porch Swing on Heights Blvd said it's losing their inventory for a second time.

“I have an entire fully stocked food, beer, draft beer, bottled beer, liquor that I won’t be able to use,” General Manager Ashley Rae Webb said.

She said they now have to wait for the green light to open their doors again.