The physician who works at University Health and UT Health San Antonio has sold thousands of these simple devices that you can now find in a grocery store. 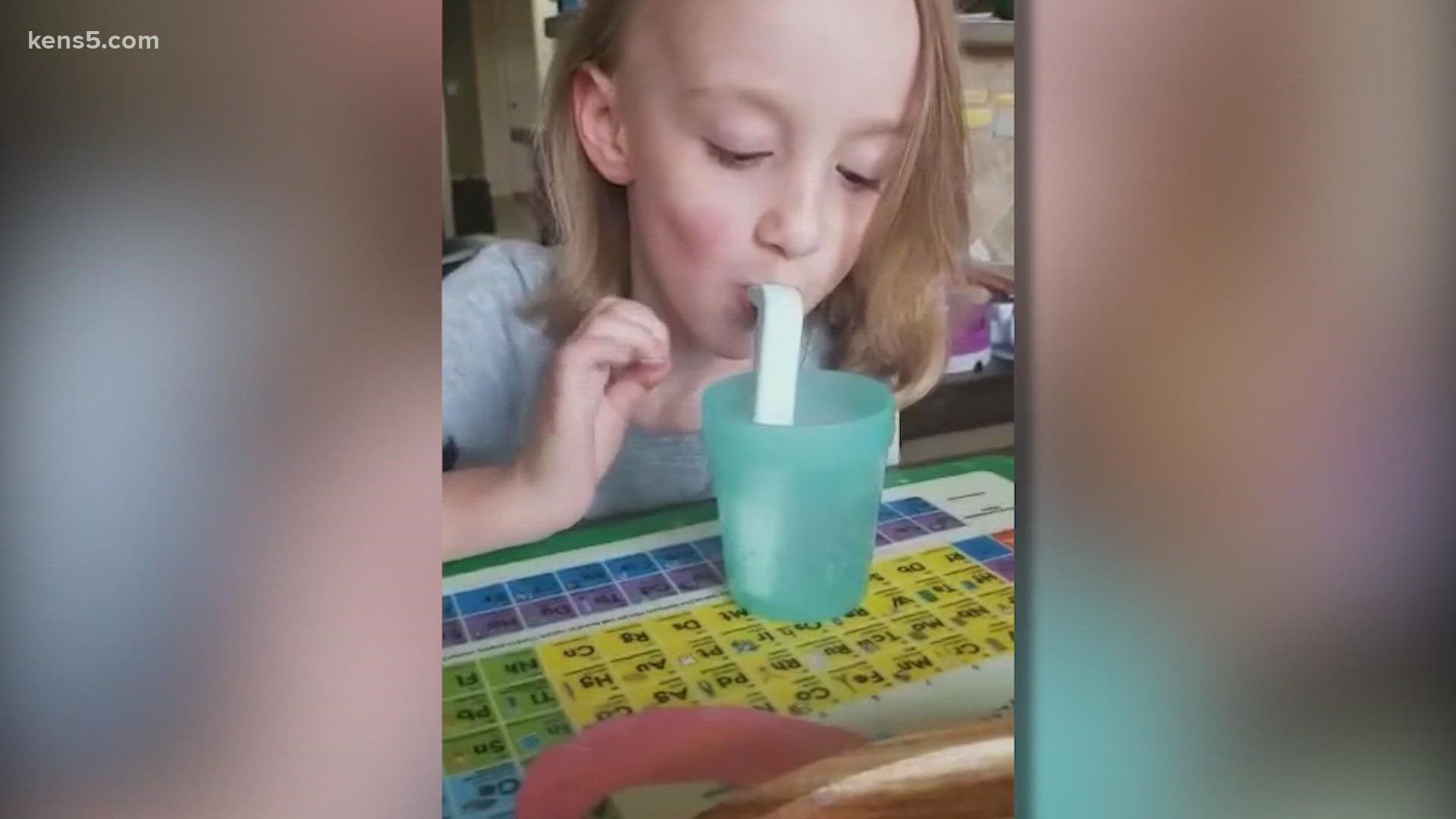 SAN ANTONIO — One of the most common ailments in the world is hiccups. They're mostly annoying and don't last too long, but one local doctor came up with a way to stop them in their tracks.

Dr. Ali Seifi is an associate professor of neurosurgery and neurocritical care at UT Health San Antonio, and oversees patients with neurological and neurosurgical injury at University Health System.

Hiccups are sudden, involuntary spasms of the diaphragm, a muscle for breathing in our abdomen. Those spasms can cause the Epiglottis--a leaf-shaped flap in your throat--to close, creating the familiar "hic" sound.

"What the HiccAway is doing is breaking that cycle," Dr. Seifi said.

The device called the HiccAway is a straw with a pressure valve at the end. When somebody drinks water through the straw, it generates enough pressure to lower the diaphragm while activating the Epiglottis.

It works instantly for both adults and children. Dr. Seifi's colleague, Pat Squires, has twin daughters who often suffer from hiccups.

Her twin girls Avery and Paige keep her on her toes. But hiccups have slowed them down occasionally.

“Avery was low birth weight so she would get more hiccups than say, Paige. Often, Paige is more rambunctious of course that initiates the process,” she said.

The HiccAway is used often in Squires' home now, and more than 20,000 straws have been sold so far.

Hiccups are often caused by eating a large meal or consuming alcohol or carbonated beverages. In cases of hiccups that last longer, it may be a sign of an underlying medical condition.

Squires tried various home remedies for her children's hiccups with no success.

“All of the old folks would tell us what to do, hold your breath, take cold water, and none of them worked really,” she said.

"My message is [to] use it. For adults or children, the minute you get the hiccups, go ahead and use the HiccAway," Squires adds.

The HiccAway is a reusable, washable device that can be found at H-E-B or on Amazon.