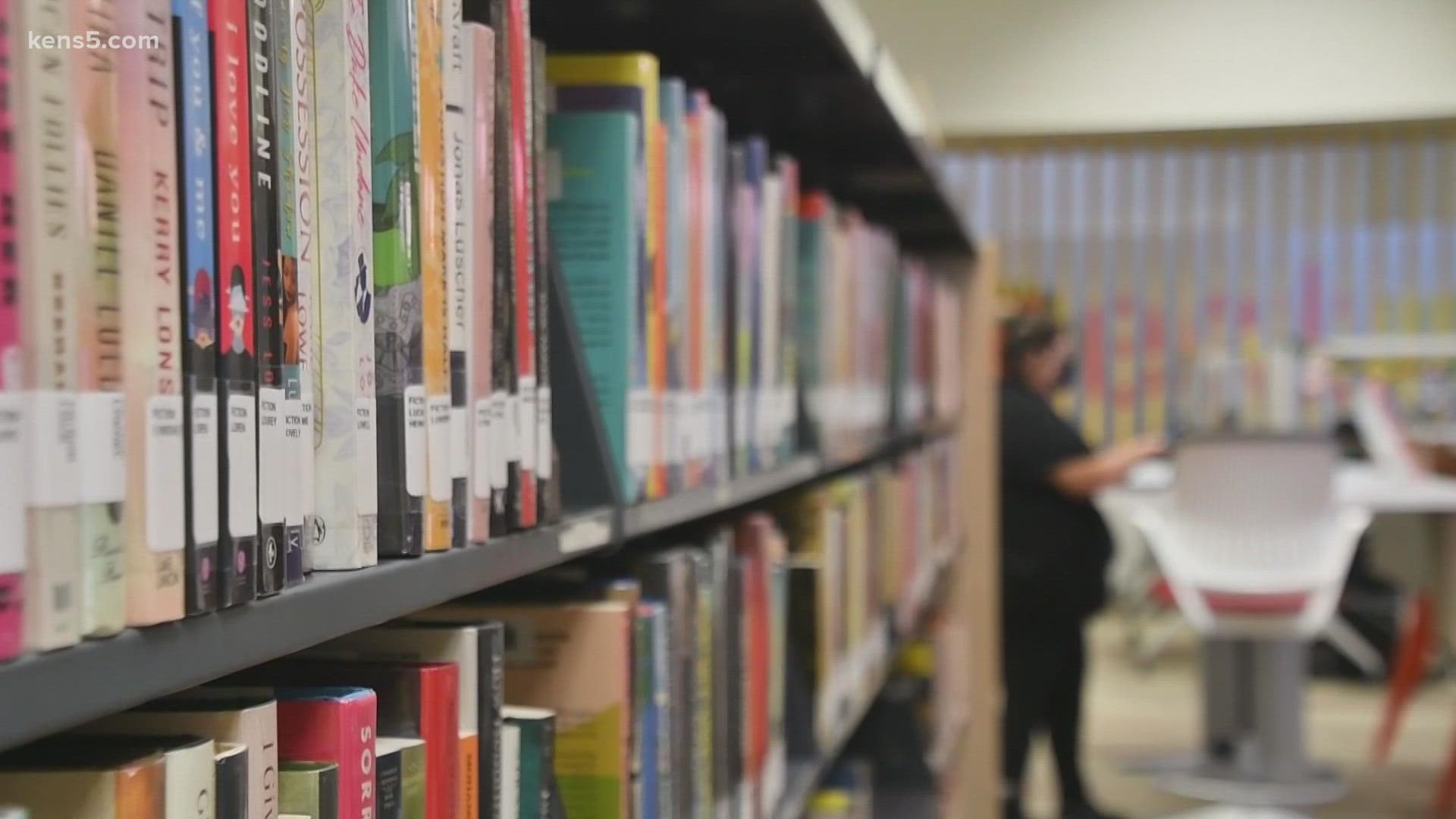 SAN ANTONIO — Patrons of the San Antonio Public Library will no longer have to worry about late fees for items they check out starting next month, but the library isn’t concerned about losing books.

October 2021 will see the death of overdue fines at the San Antonio Public Library.

“In those occasions where, you know, you keep it two or three days late, then you just don’t have to worry about it,” said Dale McNeill, Assistant Director for Public Services with the San Antonio Public Library.

The new policy applies to all physical items the library lends out like books, magazines, Blu-rays, DVDs and records.

McNeill said that libraries in other large cities that have done away with their late fines have not seen a negative impact.

“Because we’re not at the beginning of the wave of this nationally, I really do believe that people are going to continue to return the items that they’ve borrowed from the library,” he said.

He was particularly troubled by the impact fines were found to have in a study by the state of Colorado.

“They didn’t seem to have any real effect,” McNeill said. “Except, to provide a barrier for people living in poverty.”

He says between that and the emergence of eBooks as a lending method, the system has grown in a way that has put the less affluent at a disadvantage.

“So now, accidentally, technology has created a situation so that if you’re more affluent, you can’t owe fines to the library if you just use electronic books,” he said. “If you don’t have those resources, and you’re relying on paper books and magazines and movies, well now you – you can be charged.”

If an item is out for too long, the library will send a bill to replace me it, but someone would only have to pay if they are unable to return it at all.

“If the item is completely lost or damaged beyond use, then people will just need to pay the bill to keep using the library. But if the item was just misplaced for a little while, just return it and that’s the end.”

For McNeill, this is an important way of maintaining the library’s egalitarian spirit.

“You don’t have to be anything to use the public library, it’s just open to everyone and that’s the way it’s always been.”