With COVID-19 keeping everyone inside, workers at the San Marcos Housing Authority and some volunteers wanted to cheer up residents through song. 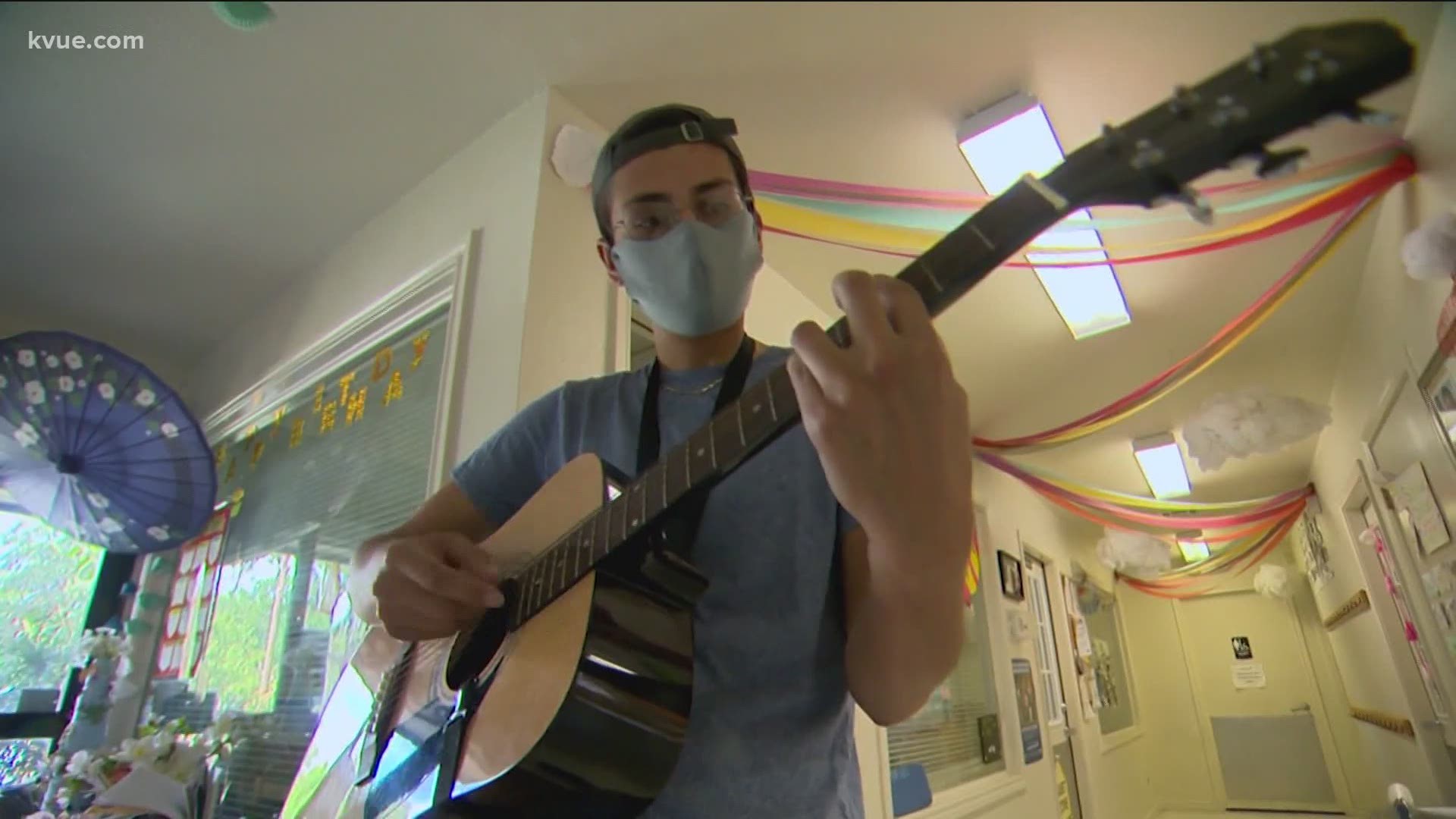 SAN MARCOS, Texas — Who doesn't like to hear a nice song from time to time? It can make you happy and bring joy to your life.

That's what Maria Calcaben and a group in the Allen Woods community in San Marcos hoped to do: spread joy.

"We are going to walk around the neighborhood, singing songs to the residents while they enjoy it on the porch," Calcaben said. "So, that way we can bring the music to them, and that way we can revive some spirit into the community,"

The group had four songs that they sang in a rotation: "Sweet Home Alabama," "Happy," "Somewhere Over The Rainbow" and "My Girl."

They wanted to let those in the Allen Woods community know that they're cared for through a serenade parade. Volunteers sang, played guitar and just added to the parade while handing out juice and cookies.

For the residents, the music brought joy.

"It's nice, they entertain us and there are things we can do," one resident told KVUE.

For those leading the parade, like Jacklyn Canales, it's sharing the music that means the most.

"It seems so small, but they really appreciated it," Canales said.

"So, our point was to bring some happiness and joy to the people and find a new way to connect with the residents in the community," Calcaben said.

"It was a very warmful feeling just seeing everyone sitting out and smiling and singing along," Canales said. "We've all been going through such a weird time where we've all lost this social interaction piece ... It was nice to just see people out again and see people being happy,"

Because as good as the music is, it's the people behind the music that bring the joy.

"Yeah, if we could come out every Saturday and have a little parade and sing around for some folks, I would definitely do that," Canales said.

As of now, the group doesn't have any more plans for the parade, but it was part of the San Marcos Housing Authority's summer program.

Is carrying a gun during a protest legal? Explaining Texas firearm laws