Saying goodbye to a local soldier after Afghanistan helicopter crash

Knadle was killed when his Apache helicopter crashed Nov. 20 in Afghanistan 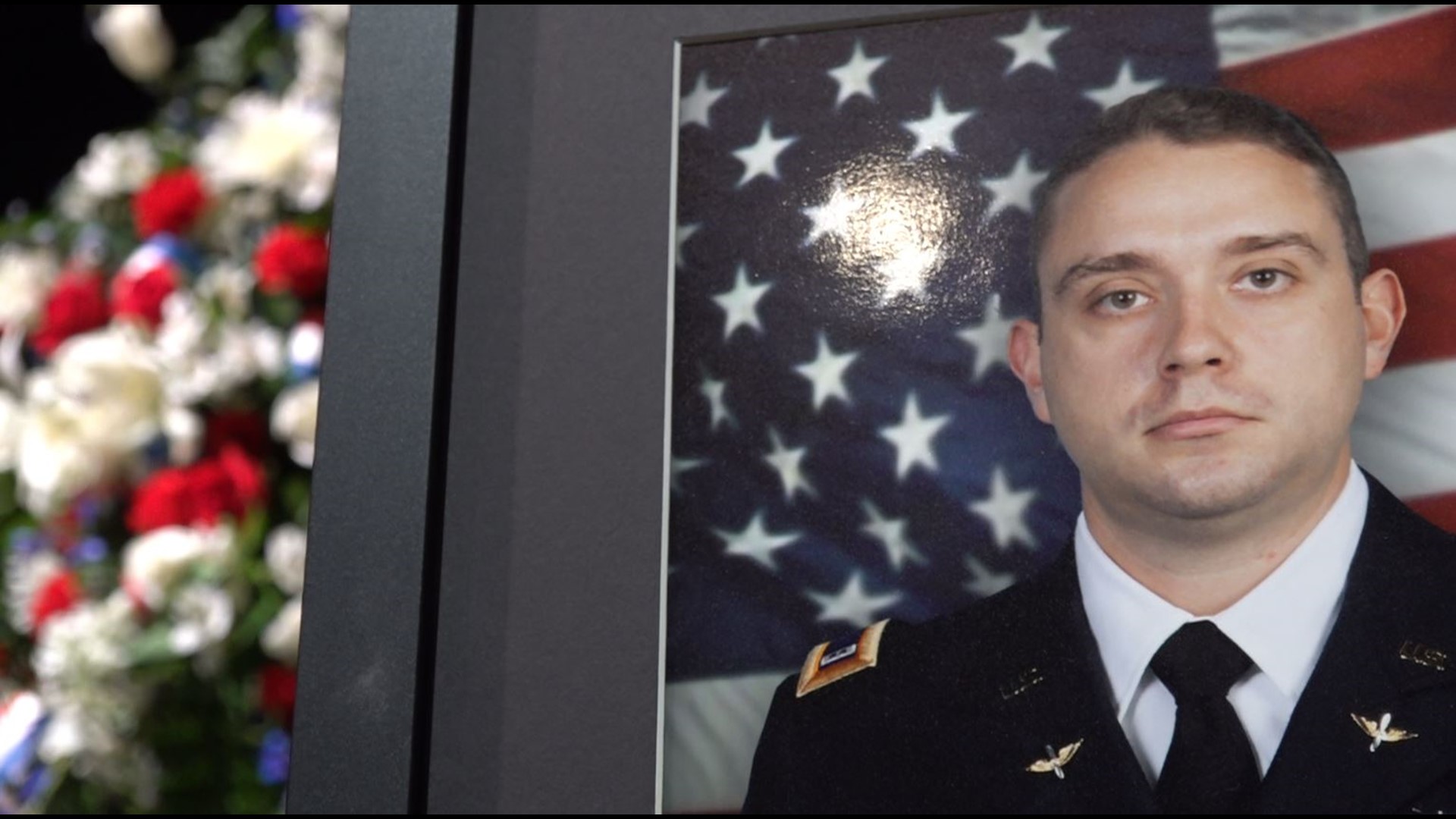 TEMPLE, Texas — Hundreds of people gathered at the Vista Community Church in Temple to pay their respects and say goodbye to CW2 David Knadle. He was killed two weeks ago in Afghanistan when the Apache helicopter he was in crashed.

"I remember when David first came to Fort Hood," CW3 James Morter during the ceremony said. "He constantly challenged his instructors for training and more knowledge. He was never satisfied, he was never content."

"I've flown with Dave, I've trained with Dave," he said. "I've spent time talking with Dave about life lessons and he taught me more than I taught him."

David Knadle was a husband, a father, a brother and a son. He was born in Newark, Texas and raised in Fort Worth. Knadle worked as an Account Executive for Apex Capital before leaving and to follow his dream to serve his country as an Aviator in the United States Army.

"David was the type of new Aviator that the instructors loves and feared at the same time," sCW3 Jared Morris, who gave the Eulogy said.

Knadle was always learning, he said, always pushing himself to be better each day. Doing it day in and day out for the fellow soldiers he served with and his family back home.

"I remember he pulled out two little plastic lady bugs and set them on the dash while he was driving," CW3 Morris said. "One was red and one yellow. When I asked him about them, he said they were, his daughter, Starling's and that he took them everywhere."

Knadle, who joined the Army in Nov. 2012 and attended basic training at Fort Jackson South Carolina. He was remembered as a pilot and a solider who simply "got it" and was proud of the work he did for Americans.

"What we do in the military is as priceless as it is dangerous. It's important to have things in our lives worth fighting for and it's as important to make things as dangerous as possible for our enemies," CW5 Stephen Napoli said. "Dave got it and lived it with a warriors understanding of what we do and why we do it."

"In David's last days he shared his tremendous accomplishments with his close friends while in Afghanistan," Morris said. "He finally felt like he had served his country in combat and he passed with a whole heart."

The Army's words for Knadle's family, poignant and full of thanks, in the wake of their grief they may not fully understand quite yet.

"As the light of his life, his family, you have shared your Aviator, your husband, your father, your son, your brother and your friend with the Army. We are a better team because of it," Napoli said.

It was the final words said on behalf of David, through his wife, Silkey, that are the most memorable.

"As I talked to David's wife, Silkey," Captain Myron Johnson said. "She said he would want them to remember him but also to drive on because there is much work to be done."