Some residents say they heard an explosion, and others first noticed their power was out. 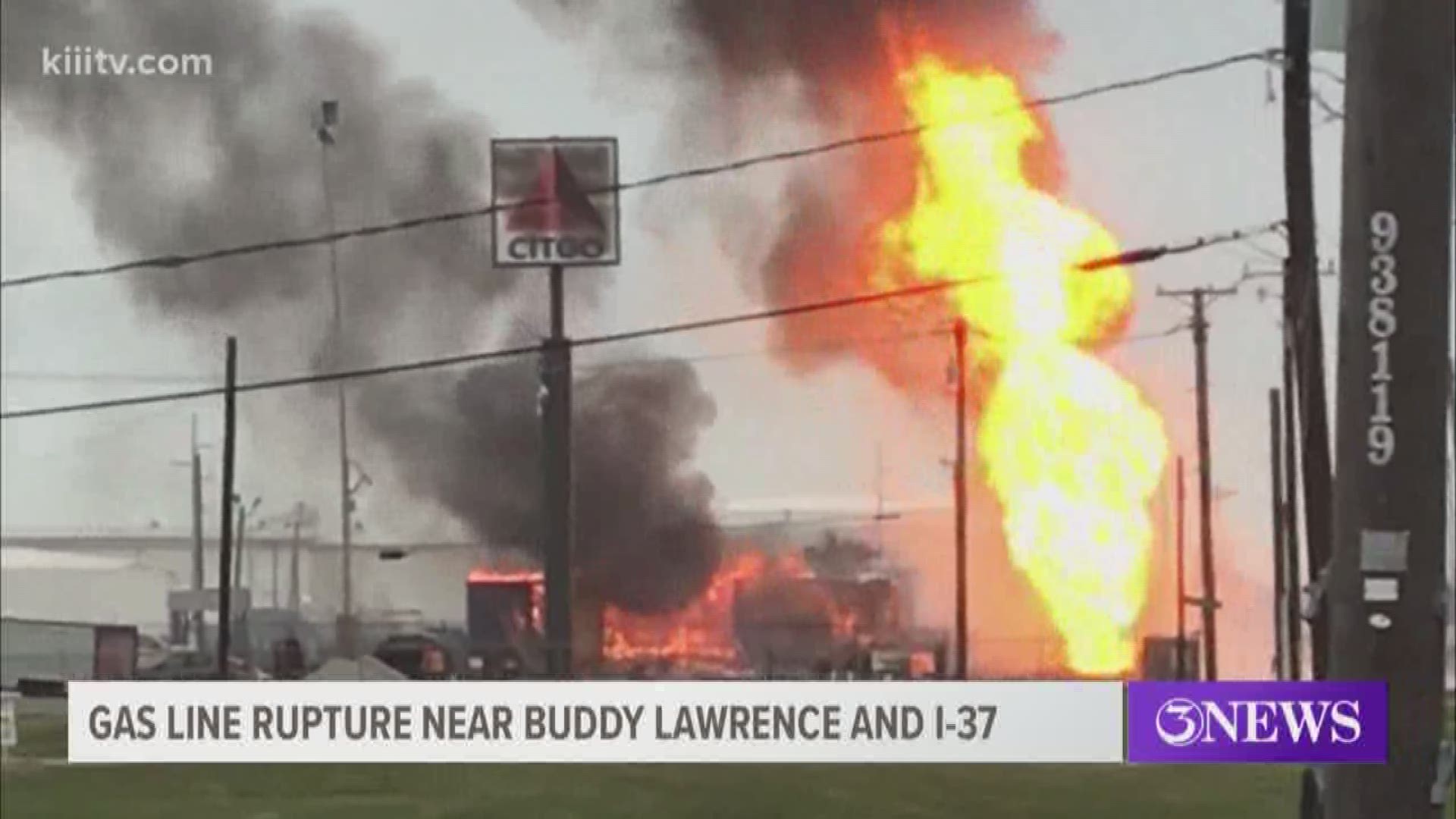 CORPUS CHRISTI, Texas — Emergency crews were called to the access road of I-37 at Buddy Lawrence Monday morning after reports of a loud boom and a huge fire roaring from a pipeline near the Citgo east plant.

The City of Corpus Christi issued an emergency shelter in place order that covered the neighborhoods and schools surrounding I-37 and Buddy Lawrence. Police closed off Interstate 37 in both directions in front of Citgo east, where the ruptured pipeline was on fire.

Neighbors were standing on rooftops to get a glimpse of the massive fire.  Some residents say they heard an explosion, and others first noticed their power was out.

"We don't have any reported injuries at this time related to this incident," Captain Jim Tressidor said.

"It started getting hot and went outside to see what was up, and in our backyard, we saw a big flame, so we called the neighbors to see if everyone was okay," resident Dominic Gonzales said.

The fire burned for an hour and a half as crews were finally able to shut off the flow of gas. 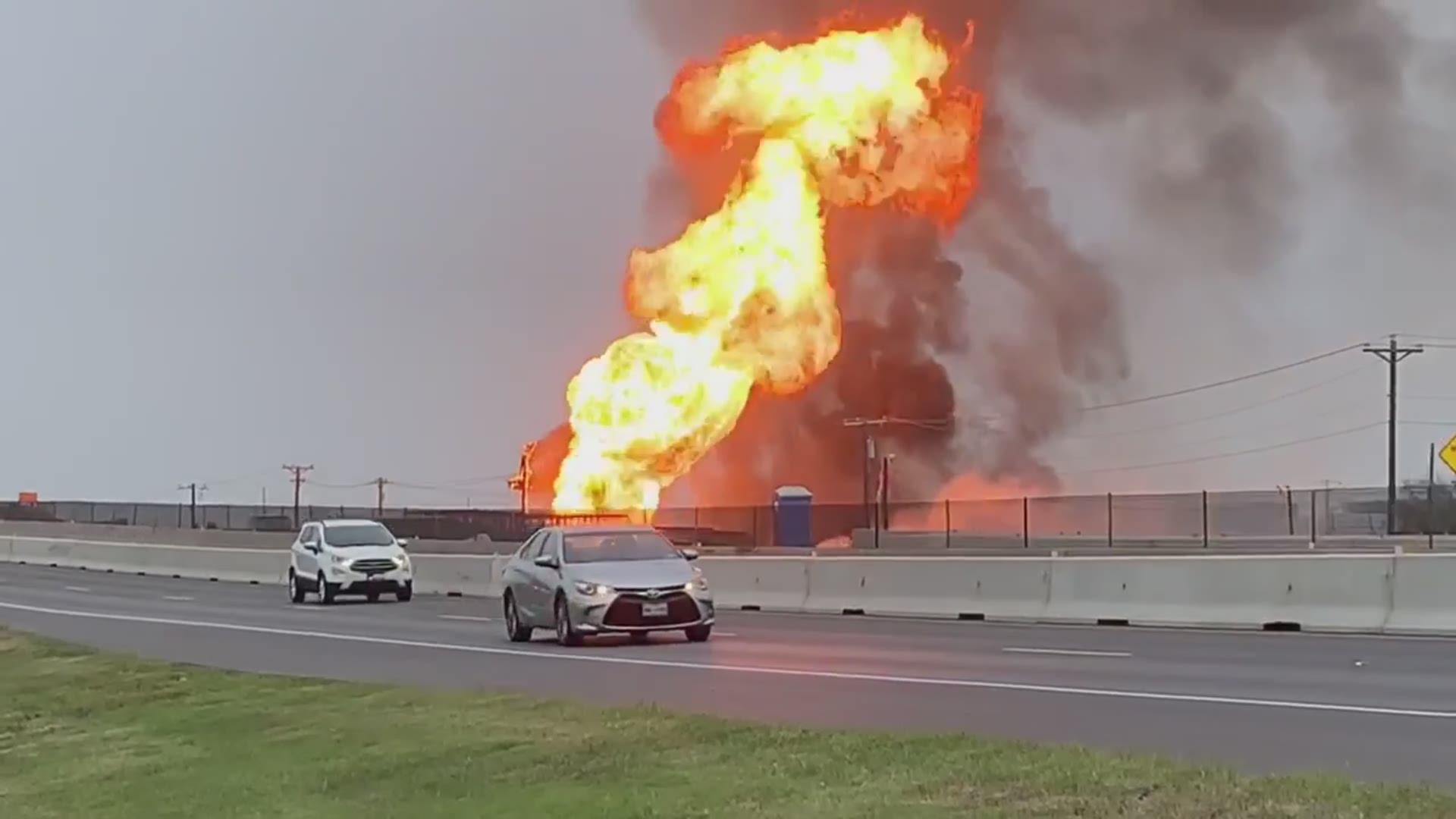 "It really shook me. I wasn't really expecting that waking up," Gonzales said.

Fire crews moved in and eventually put down a thick layer of foam.

An entire building was destroyed, and close to half a dozen pickup trucks look to be a total loss.

According to Citgo officials, the pipeline was owned by a third party and that none of its workers or contractors were injured.

The Corpus Christi fire department says it's investigating and trying to figure out what caused the incident.