Six Coastal Bend counties are part of a collaborative agreement with ICE, here’s a look at what the program is

San Patricio is the latest Coastal Bend County to join the 2-87-G program. Here's a look at what the program is and how it works. 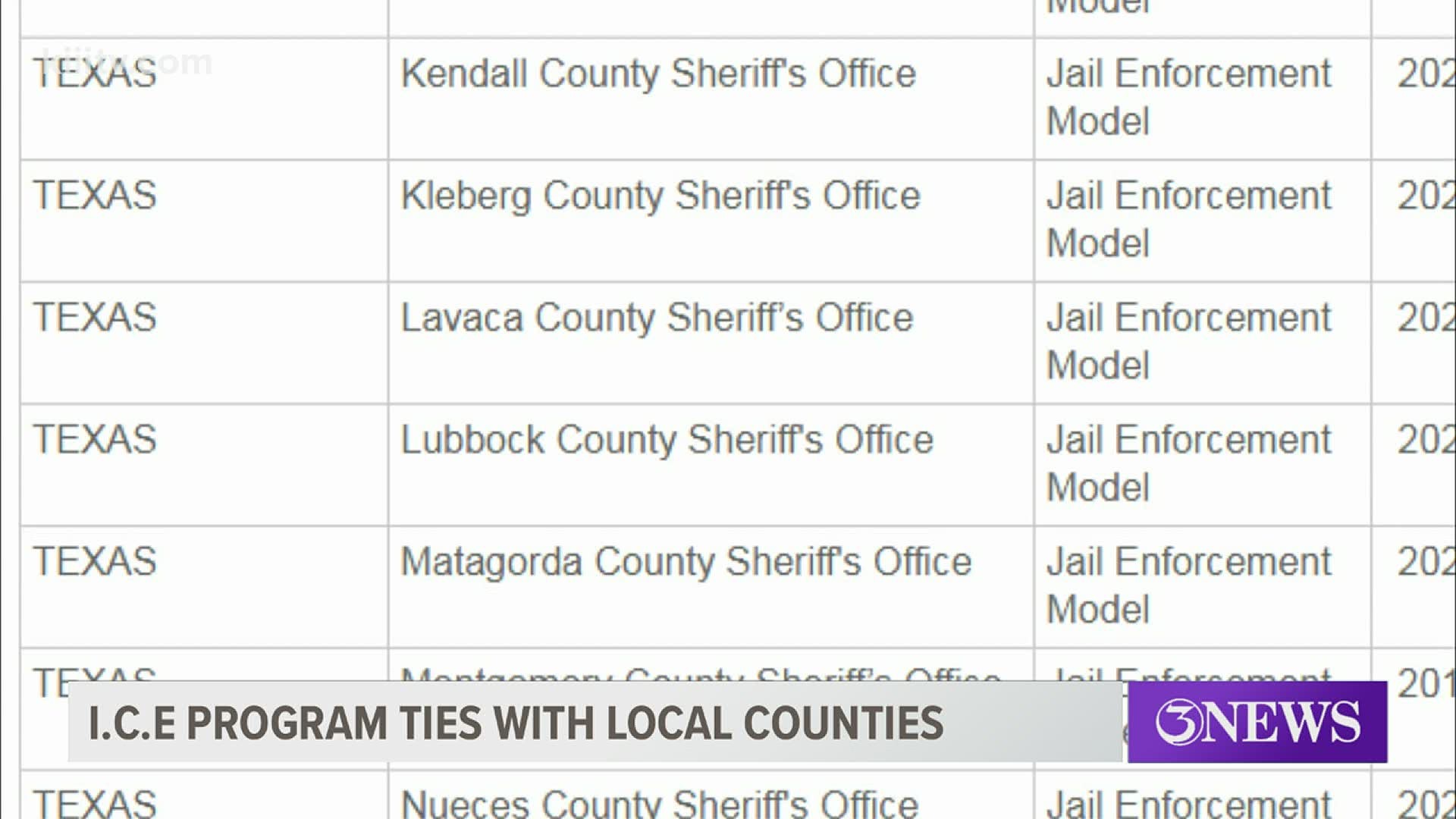 CORPUS CHRISTI, Texas — Six Coastal Bend counties have opted to take part in an immigration customs and enforcement program. One of the most recent counties to join is San Patricio.

Nueces County has been a part of the agreement for more than two years now.

It's a program that Nueces County Sheriff JC Hooper has chosen to be a part of.

“If we didn't cooperate with ICE, we'd be a sanctuary county and that would not be a good thing for the safety and the security of our community,” said Hooper.

Hooper says the county has two correctional officers in charge of communication between the county and ICE.

When an inmate charged with a crime comes into the county jail, those officers call ICE in case ICE wants to take that inmate into their custody.

Hooper says once the inmate gets processed through the county's justice system then ICE can take over.

Beatriz Alvarado with Raices, an immigration advocacy group in Corpus Christi, says she's sat down with Sheriff Hooper and addressed the fact that inmates who aren't found guilty of a crime in the county still get passed off to ICE.

“How many of those people have actually been convicted of the crimes they are accused of committing, and he didn't have an answer for us,” said Alvarado.

Alvarado says she wants to see more transparency when it comes to the 2-87-G program.

“We ask that the steering committee meetings, which they discuss the effects of the program, are open to the public and publicized in a way actually invites us in. We want to know who is being caught up in the arrest and deportation pipeline and why,” said Alvarado.

3News reached out to David Torres, Nueces County Sheriff candidate, for comment but did not hear back.