While deputies fought with Rodriguez, two other wanted teenage burglary suspects were arrested on the spot. 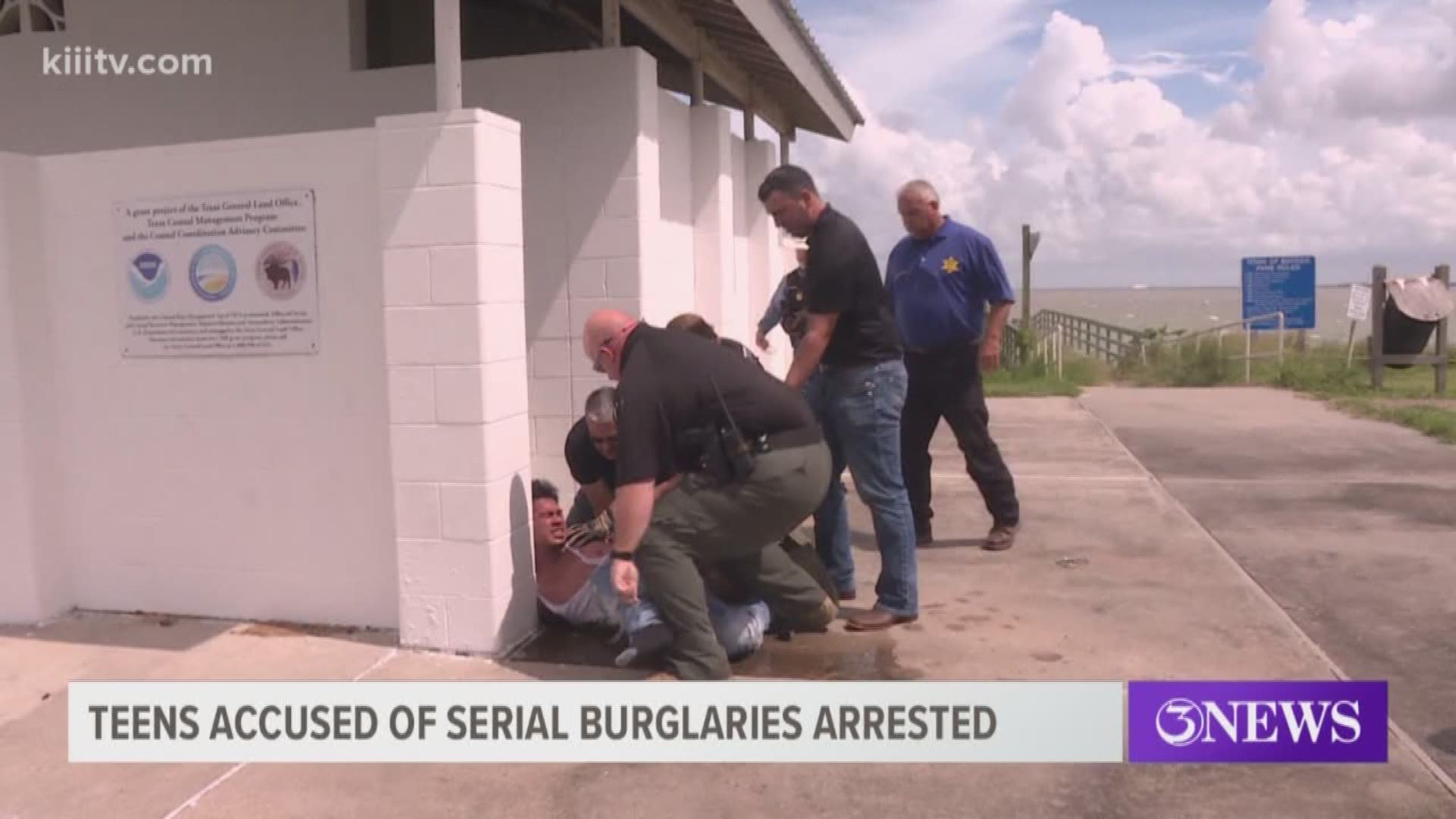 BAYSIDE, Texas — Bayside Park and Refugio County Sheriff's deputies had their hands full Wednesday afternoon trying to arrest six teenagers who were all wanted for a series of burglaries in Bayside.

Three young men were in custody suspected to be responsible for a string of burglaries that occurred here over three days.

Suspect Andres Rodriguez battled with Refugio County Sheriff's, but they were able to put him under arrest.  Rodriguez was wanted on a felony burglary.

According to Refugio County Sheriff Pinky Gonzales,  his officers tased Rodriguez several times, but as you can see, it didn't seem to affect the teenager.

"We believe this kid may be on some drug we found a vape pen and see if indeed it's an illegal drug in it," Gonzales said.

While deputies fought with Rodriguez, two other wanted teenage burglary suspects were arrested on the spot.  The suspects were part of a group of six teenagers believed to have committed five burglaries in three days.

The suspects hit homes and two churches in town.

"Who do you think is responsible for the break-ins?  I don't know sir I can't answer that I wasn't here," the suspect said Micah Enriquez said.

One of the other suspects who were in custody and the two remaining burglary suspects are cooperating with deputies.

"The other two Are cooperating with us at this time, and they've been very cooperative as far as the investigation going to help us out with the investigation. Maybe we can make a deal with him, and they indeed broke into these houses they're going to have to face the consequences also," Gonzales said.