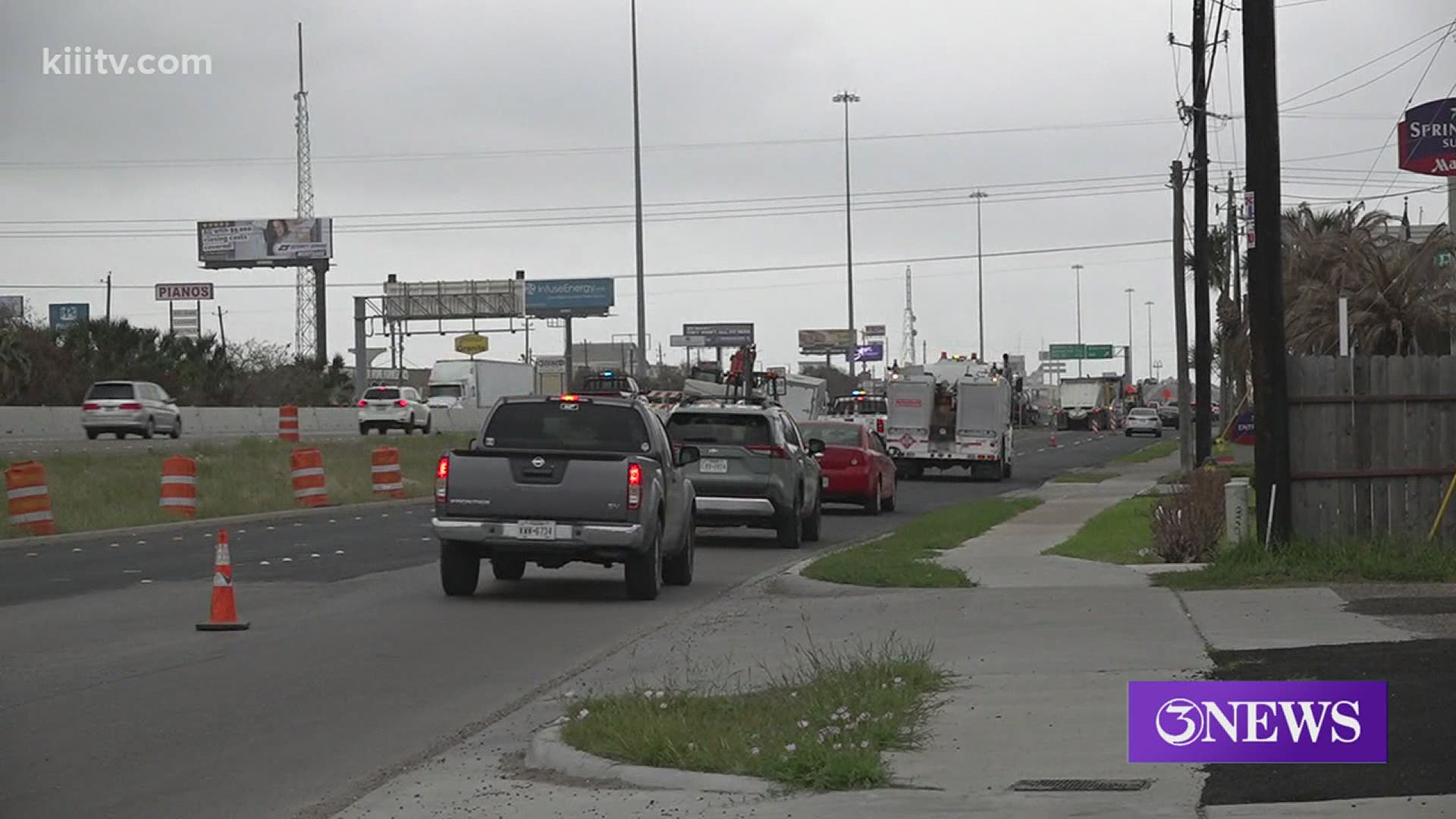 CORPUS CHRISTI, Texas — Construction crews have reached a milestone on the South Padre Island Drive ramp reversal project. However, it will create more of a headache for drivers.

"With traffic actually coming through, I think it's a good opportunity for businesses to come out and actually rally," Mirza Pearson, a driver said. "I mean they have a captured audience that is at a stand still. So it's definitely a great opportunity."

Driver Carolena Austin said, "It'll help a lot I think because it's always, the traffic is bad over here. So hopefully they finish soon and I think it's going to be good."

It's another phase in the four year ramp reversal project along SPID.

"We're going to enter a new major milestone the work in that area," said Rickey Dailey with TxDOT. "And that will be the reversing of the ramps between Weber and Everhart roads east bound."

The State Highway 358 ramp reversal project began in 2018 and is expected to be completed in 2022. The $50 million project is moving entrance and exit ramps onto SPID farther away from major intersections to cut down on traffic delays and traffic backups onto the expressway.

Dailey said the ramps are being closed Wednesday night but there will be another way for access.

District 3 Council Member Roland Barrera said while it may be painful now for drivers, it will ease a constantly congested stretch of the highway.

"It's inconvenient in the short term," Barrera said. "In the long run. it's going to be better off for drivers. And it'll be better for the businesses along the expressway so that way individuals can get in and out much quicker than what they're used to doing right now."

Despite the coming improvements, the best advice from TxDOT is to avoid the area the next two months.