South Texas congressman believes cartel has made more than $1 billion this year bringing migrants across the U.S. border

"They’ve probably made $1.2 billion this year alone on what they charge migrants to cross through our southern border," Congressman Vicente Gonzalez said. 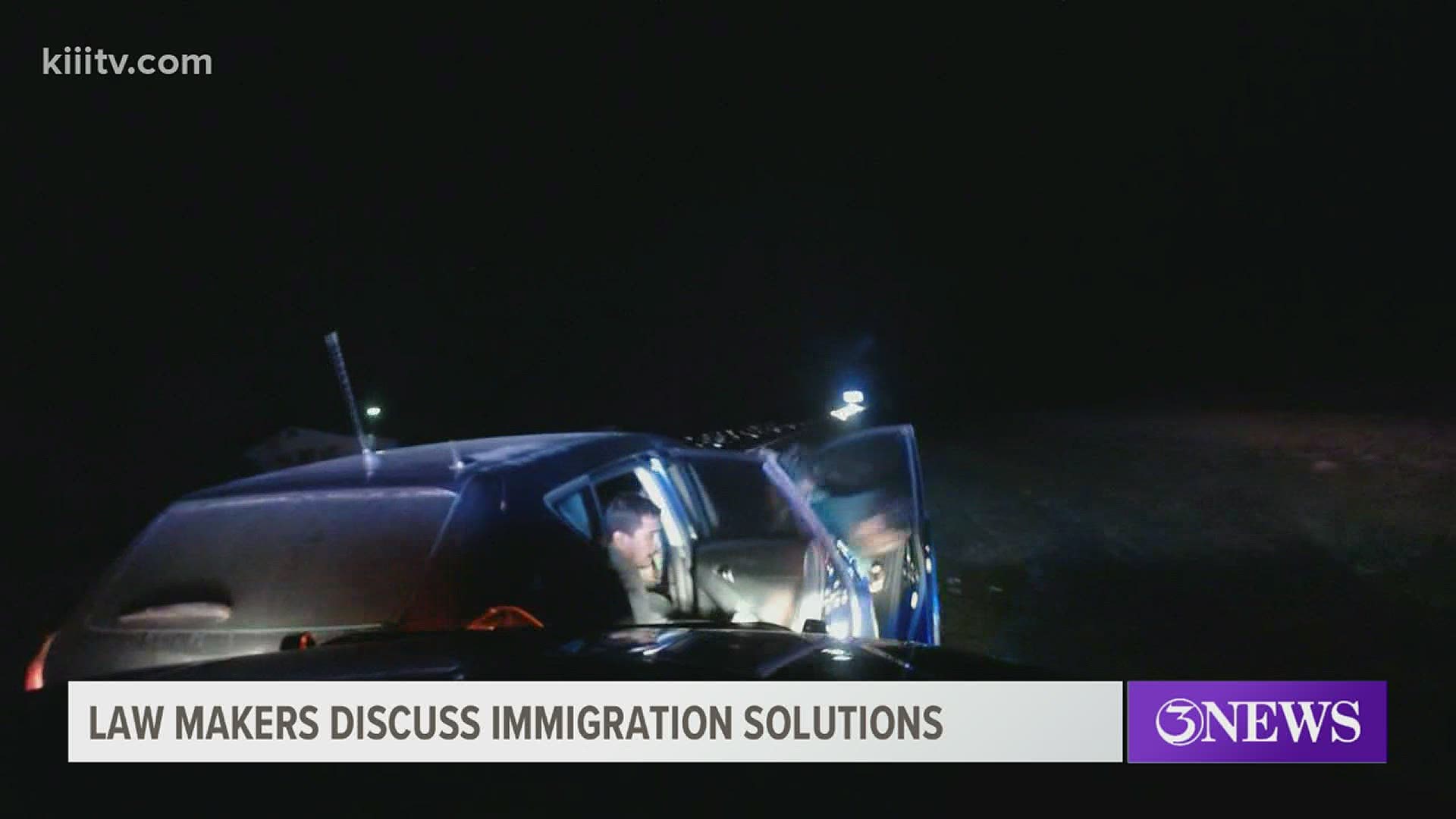 TEXAS, USA — Congressmen Vicente Gonzalez believes that the cartels have made at least $1 billion this year bringing immigrants across our border.

"They’ve probably made $1.2 billion this year alone on what they charge migrants to cross through our southern border, I think we definitely need to get a grip on that," U.S. Rep. Vicente Gonzalez, District 15, said.

Congressman Vicente Gonzalez says that he and other members of the congressional caucus called the “Problem Solvers” are working on solutions to the human smuggling issue and the other problems at the border.

"This is not a Democrat or Republican issue, this is something everyone cares about with certain American ideals very much at stake here," U.S. Rep. Brian Fitzpatrick,(R). PA, with the Problem Solvers Caucus said.

Members of the bipartisan caucus recently toured the border area and promised to come up with ideas to solve our immigrant situation.

"We need to come up with some common sense policies that either,  if they qualify for asylum, they come in and if they don’t maybe they can qualify on the guest labor program," Rep. Gonzaleaz said. "And, if they don’t qualify any way we need to face the facts on that and see how we can help them in their home countries.”

State Senator Chuy Hinojosa says that politicians in Washington need to do more than just talk about solutions. They need to take action on immigration.

"What we get frustrated with is that Washington DC is really out of touch of the situation that we have on the ground in South Texas," State Senator Hinojosa said.

Governor Greg Abbott sent state troopers and national guardsmen to the border to try and stop the human smuggling business.

Right now all the money to pay for that operation is coming from an $800 million dollar fund that state lawmakers set aside each session for border security.

"Well, first of all, we need to see the real necessity of all of those state troopers," Congressman Gonzalez said.

Congressman Gonzalez says the federal government is doing a pretty good job of protecting our border.  He also says that the Biden administration has changed some of its immigration policies and is now moving in the right direction. He also feels like the border problem will be resolved in the next few months.