In Port Neches, some people completely lost water on Wednesday. 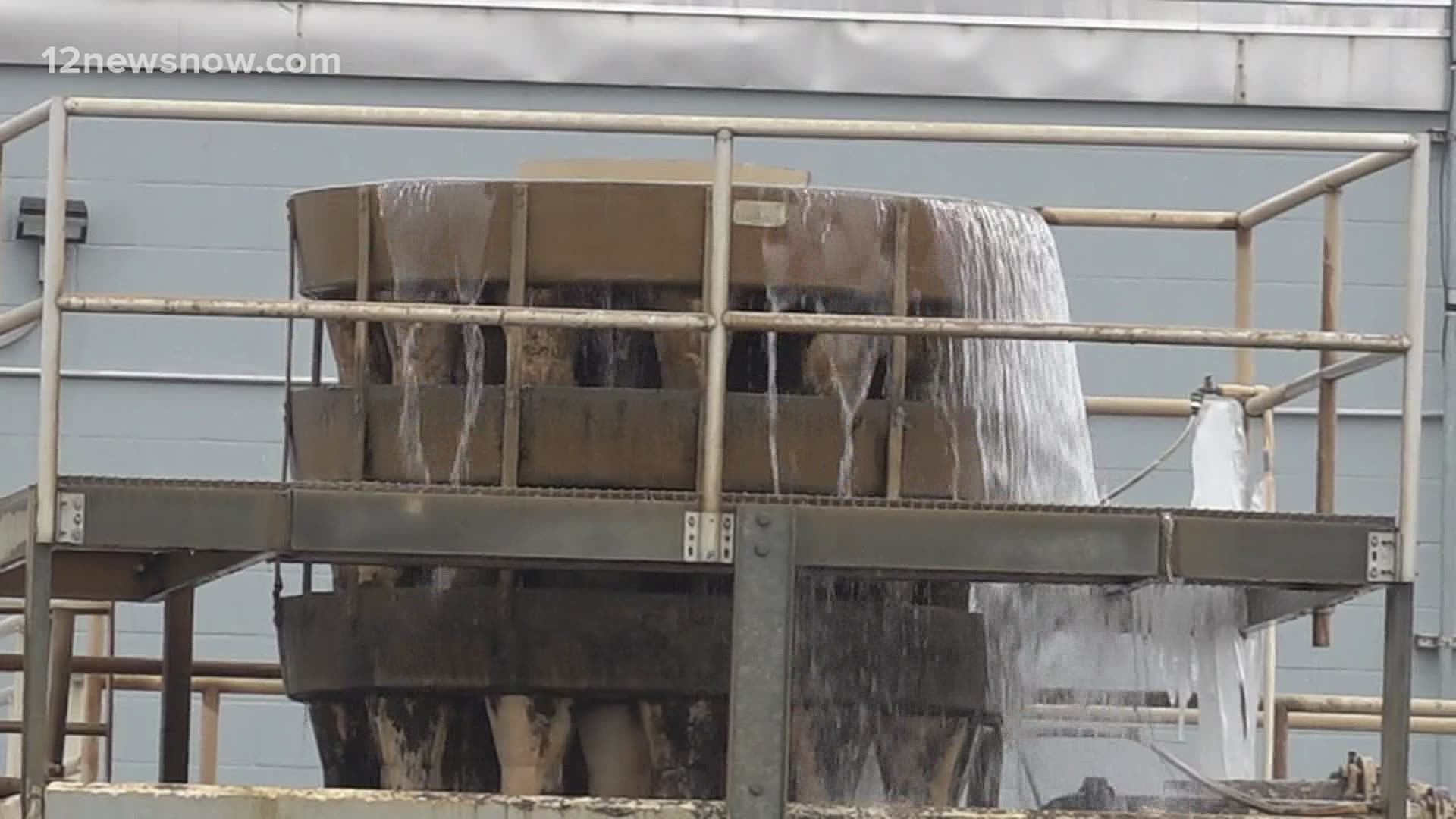 PORT NECHES, Texas — Seven million Texans are having to boil water because of the Texas blackout.
That includes almost all the homes and businesses in Jefferson and Orange counties.

In Port Neches, some people completely lost water on Wednesday.

These boil water notices are impacting thousands across southeast Texas, forcing some businesses to temporarily close.

Some Port Neches residents don't even have water dripping out to boil or use.

Across Port Neches the water pressure is very low, and it's something people are experiencing all over Southeast Texas.

Port Neches Public Works director, Taylor Shelton, says the reason for the poor water pressure is because several pipes around the city are frozen.

Crews have spent majority of the day filling up ground storage along with addressing other technical issues and also, working on flushing water lines.
Until, the boil water notice is able to be lifted, city officials are asking people to be patient.

"Oh yeah, we're working,” Shelton said. “Our guys stayed out to midnight turning people’s water off. They were up here at 5 this morning, I slept up here. So yeah, be patient. It should be coming back on each city is different to a certain extent."

The reason you're advised to boil water is that conditions have made water that comes from the tap contaminated. And that could make you, your family and your pets sick.

So, cities like Port Neches and others will work with the TCEQ to continue testing the water until it's been deemed safe.

Shelton says believes the water could be fully restored by sometime early next week. 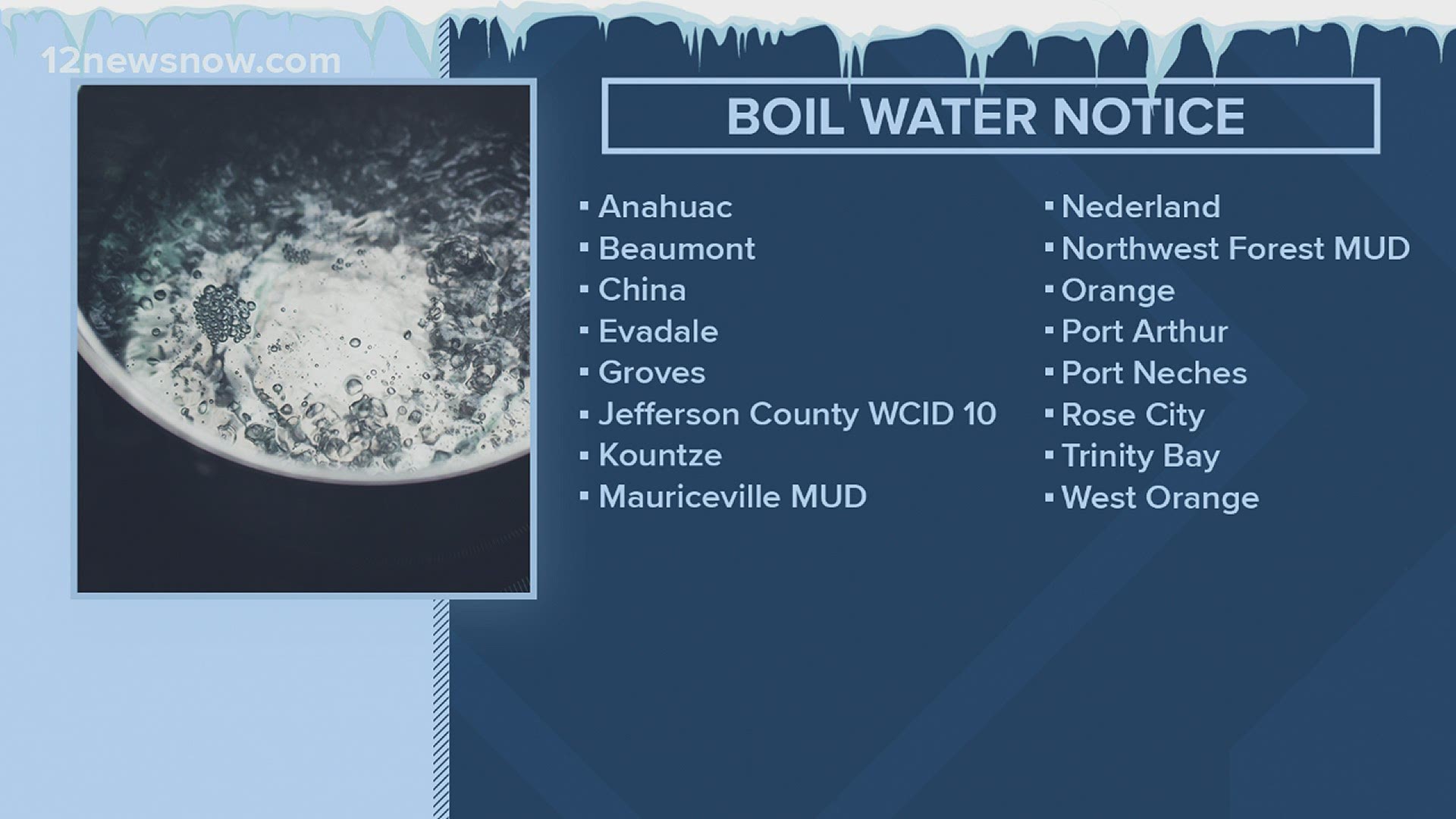