Why isn't FEMA an option for Southeast Texas?

Currently the destruction left by Imelda's flood waters doesn’t meet the threshold for help from FEMA. 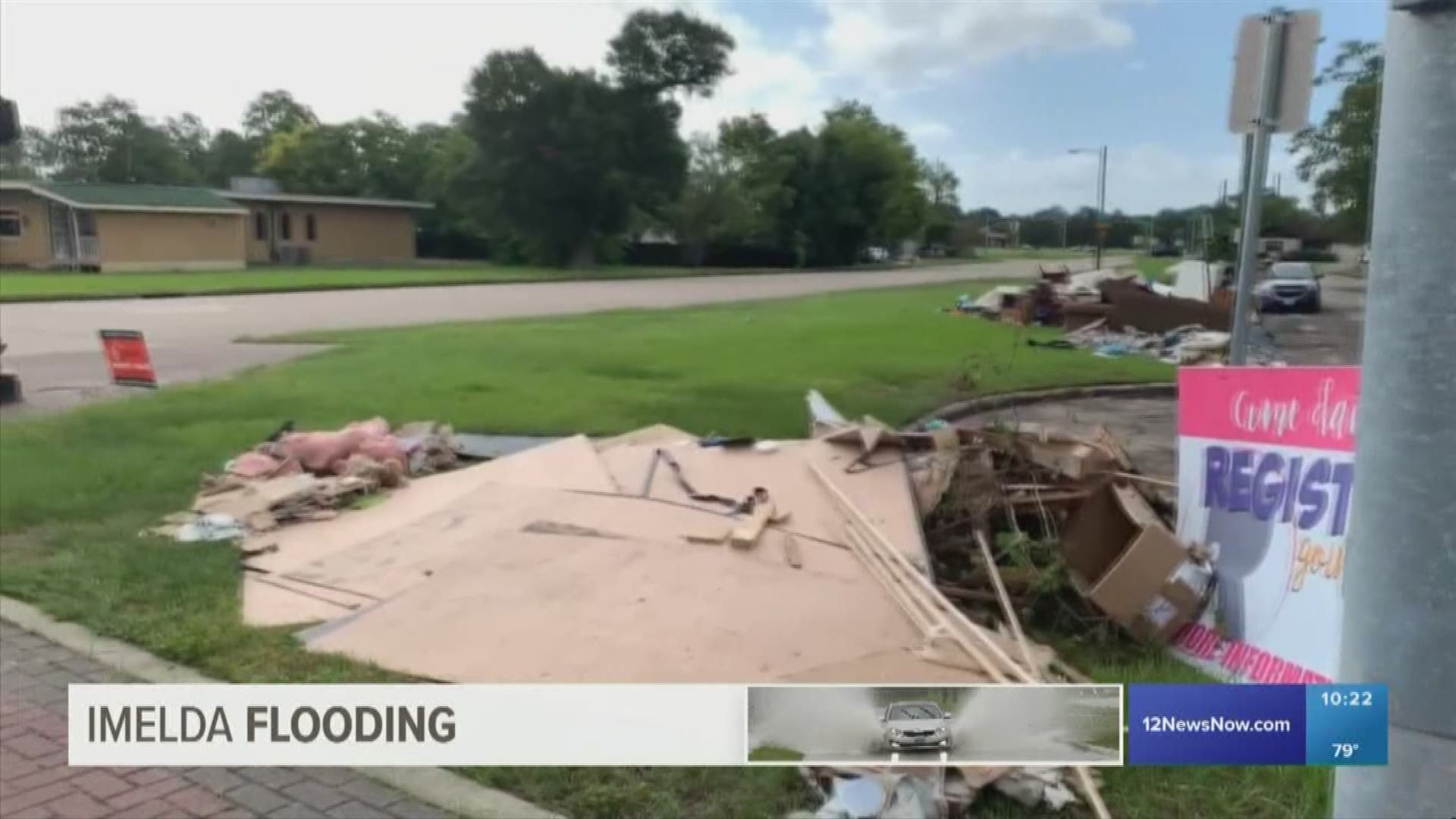 We all know how devastating this storm has been for Southeast Texas.

We’ve seen homes and cars underwater and its taken a toll the community. A big question for many of you has been where is FEMA?

Currently, the destruction doesn’t meet the threshold for help from FEMA. At least not yet.

Houses gutted, entire rooms left on the curb are sadly becoming an all-too-familiar sight in neighborhoods across Southeast Texas.

Tait Orr is no stranger to the process

“We went through this two years ago almost to the day when Harvey hit,” he said.

Back then he wasn’t covered and had to rely on federal aid.

This time he was ready

“It sucks having to clean everything up but knowing you have insurance it makes it all better,” he told 12News.

Others weren’t so prepared.

Hundreds of people may desperately need the lifeline that FEMA can provide.

But so far, that’s not an option.

“We have to reach a certain threshold in order for the president to sign a disaster declaration,” Jefferson County Judge Jeff Branick told 12News on Saturday.

For FEMA to step in there has to be $37.7 million dollars in public assistance damage and 800 uninsured homes with 18 inches of water in them.

FEMA will arrive Monday so that threshold still may be met, but for those who’ve received federal help before there could still be problems.

“There was a requirement that they obtain flood insurance, for the individuals who did not do that they may face some headway to get federal assistance,” Branick said.

“Not knowing if you’re going to have assistance or not and having to pay out of pocket just changes the game,” he said,

RELATED: County-by-county list of how to report storm damage

RELATED: Why can't I sign up for FEMA assistance after Imelda?

RELATED: How to get help after Imelda

Again – FEMA along with state and local teams will assess damage on Monday.

In the meantime, those who are waiting for federal relief are going to have to hold tight, and hope for the best.