"I would encourage anyone who comes in contact with someone who is displaying their service, to tell them thank you." 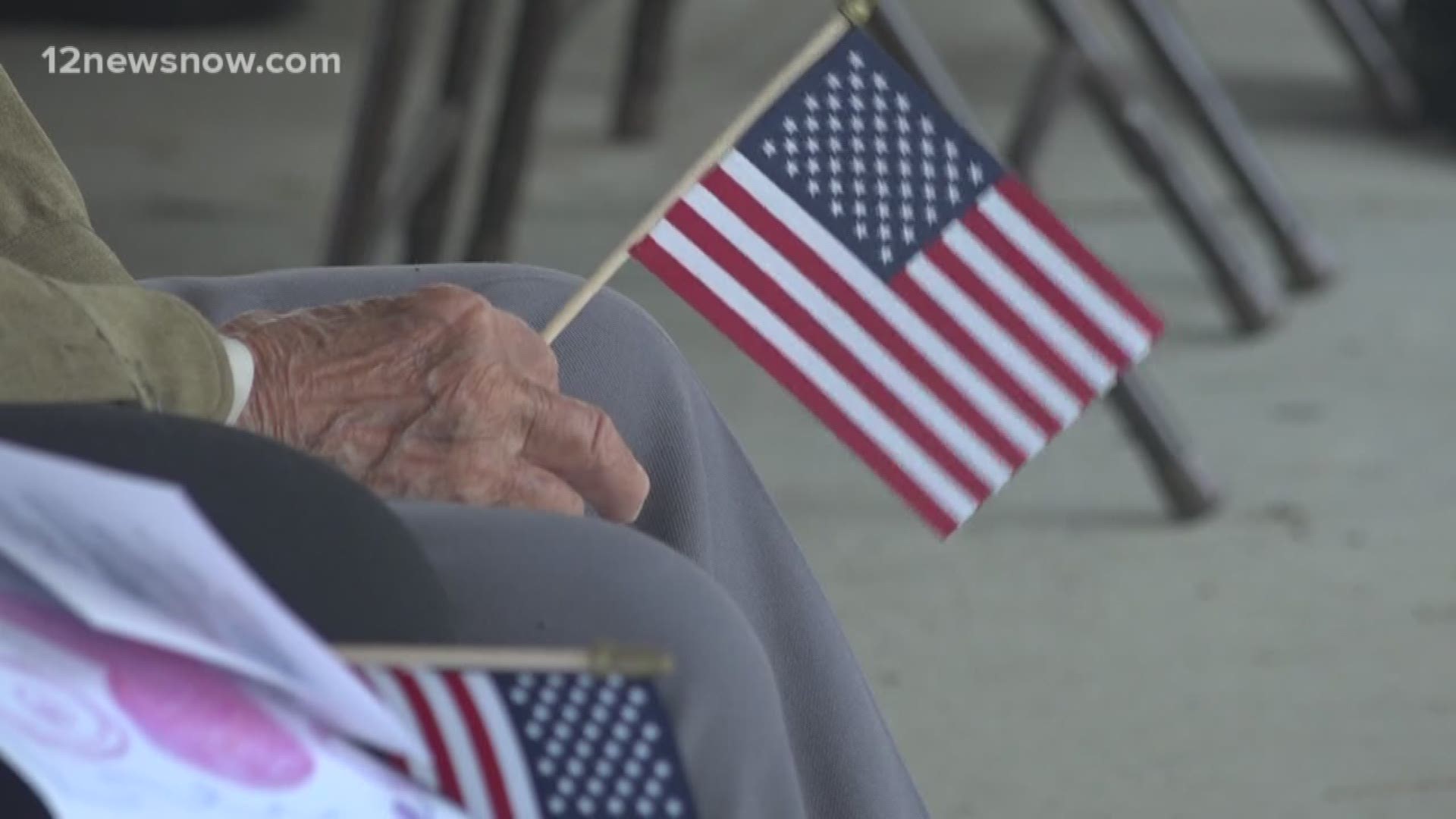 Stone told 12News even though he and his comrades were not really welcomed when they returned home, he would do it over again.

"I think that most of us would do it again in a heartbeat. There may be some little thing along the way that we would do differently," Stone said. "But we would serve honorably."

Not far down the road, the City of Nederland also hosted a Veterans Day celebration.

He told 12News the support he receives from people even today makes him emotional.

"Children will come up to you and salute you and it's just, wow," Rogers said. "It's really something."

Even though Veterans Day only comes once a year, Stone says a simple kind gesture to a veteran any day of the year goes a long way.

"I would encourage anyone who comes in contact with someone who is displaying their service to tell them thank you," Stone said.

RELATED: 'The good Lord got me through it' | Bridge City veteran recalls surviving attack on Pearl Harbor