Southwest showed only two delayed flights in Indianapolis at noon on Tuesday and no cancellations. 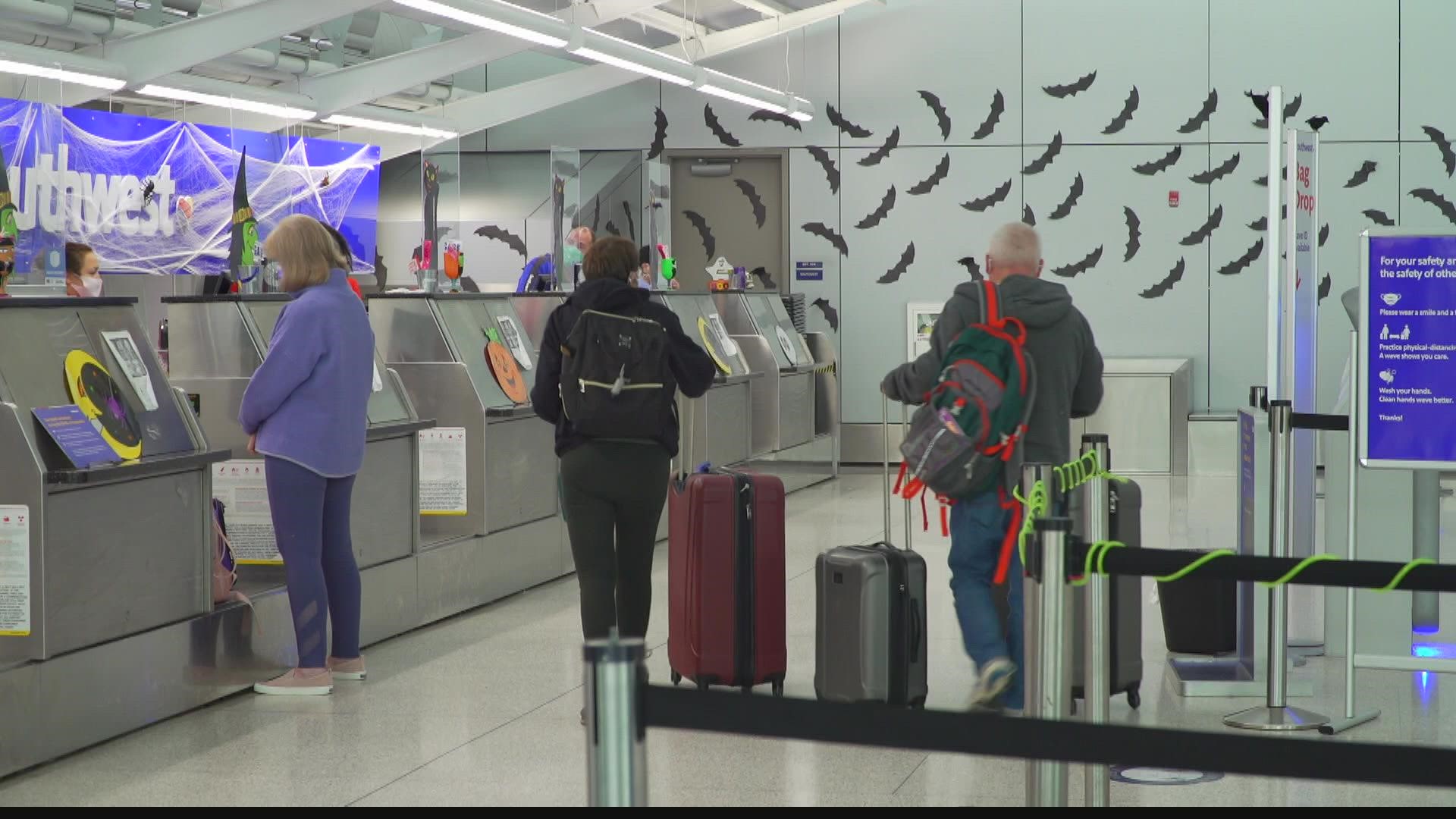 If the last few days were any indication, she and her 87 fellow travelers could be in for a bumpy ride.

"We have our fingers crossed," she said.

RELATED: Southwest Airlines cancels flights at IND, across the country

Curry represents a local travel company. She has 87 students and parents from Indianapolis who are supposed to fly to Washington D.C., on Wednesday morning for an annual school trip.

But after hundreds of flight delays over the weekend that impacted tens of thousands of Southwest passengers across the country, she was nervous.

"I've been nonstop watching the news and checking on everything," she said. "We have parents very concerned because we have a lot of money invested ... and with it being fall break, we're concerned about rebooking flights, getting us out there and hopefully getting us back, too."

But if the arrival and departure board at Indianapolis International Airport was any indication, things should be just fine.

Southwest showed only two delayed flights at noon on Tuesday and no cancellations.

Anxious travelers were breathing a sigh of relief.

"Everything's good — so far," said Connie Brown as she headed for her gate.

Across the country, according to Flightaware.com, 571 Southwest flights were delayed and nearly 90 had been canceled.

"When an airline gets behind it's hard to catch up," Southwest CEO Gary Kelly said Tuesday on CNBC. "When you go back to Friday...basically the FAA had a series of delay programs that covered all of Florida ... about half of our airplanes touch the state of Florida. We're one of the largest airlines in the country, so by the end of the day we had significant numbers of airplanes and flight crews that were totally out of position."