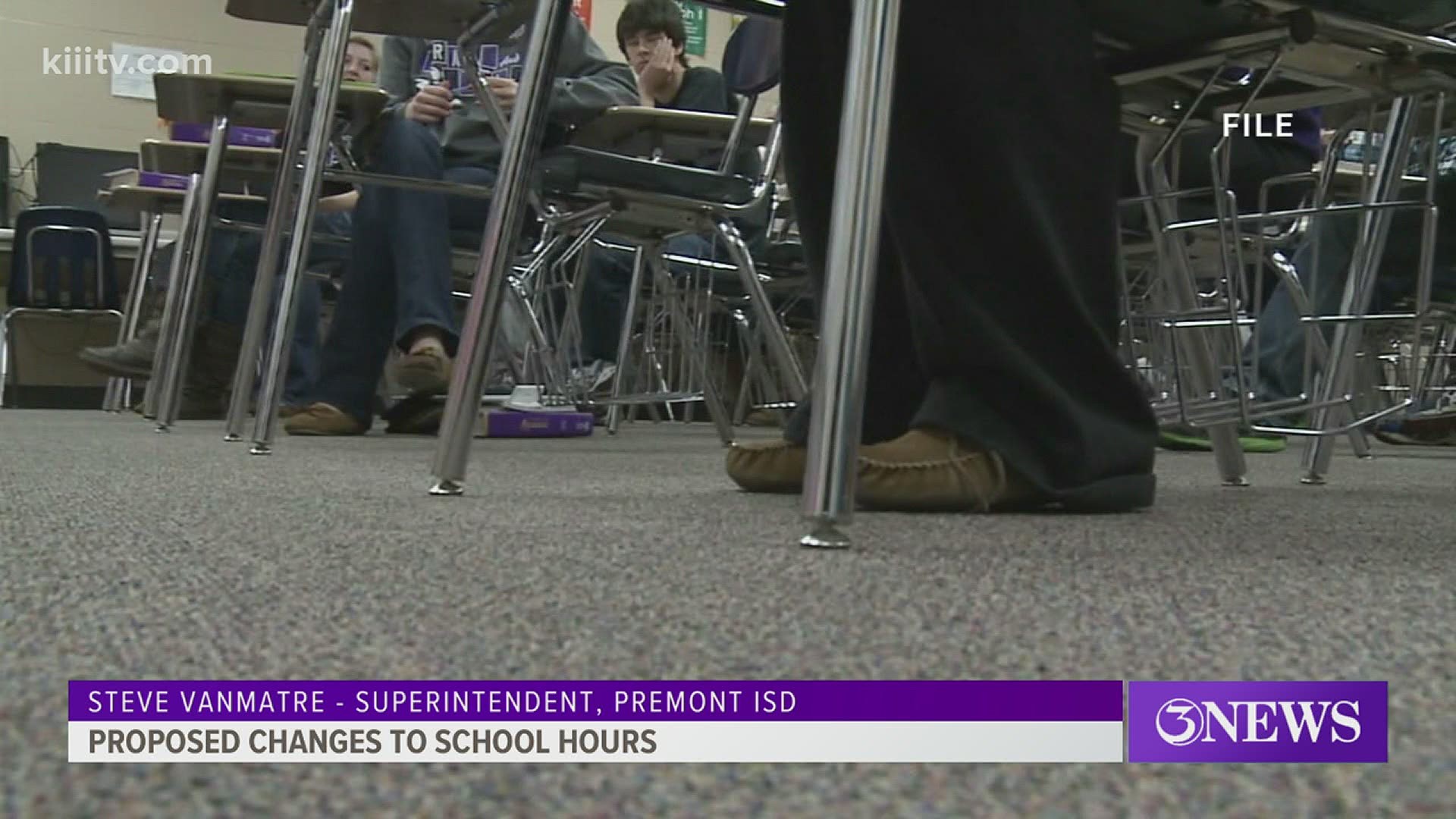 TEXAS, Ga. — Public schools are usually slow to change and the coronavirus pandemic has helped spotlight that.

Our area Congressman Filemon Vela has just introduced legislation to the U.S House that would change the hours of the school day to match that of parents' work schedules.

”What a really innovative, non-traditional piece of legislation that would really be a godsend to many of Premont’s families," Superintendent Steve VanMatre with Premont ISD said.

"This is originally an idea that Senator Harris, soon to be Vice President Harris, filed during this session of Congress so I joined her in leading this effort to the House," Filemon Vela with the 34th District said.

Congressman Vela tells 3News that the idea is to align school hours to better match parents work schedules that are usually from 9 a.m. to 5 p.m.

Many schools end at 3 p.m. and parents are having to leave work at that time to go pick their children up. This sometimes results in the parent missing out on money they could be making to help support their family.

”Essentially what it does is, set up a five year pilot program that would allow us to award grants to 500 school districts at $5 million a piece and each school district would have the flexibility to use the funds and target one particular school to help working families who needs some flexibility," Vela said.

VanMatre plans on reaching out to the Congressman to let him know he would be interested in joining that pilot program because of the huge need in his school district.

"I’ve got so many single parents who work in many cases, two jobs and there’s an extended period of time where there’s no supervision in the home for these children," VanMatre said.

Congressman Vela says the Family Friendly Schools Act probably won’t be addressed until the new Congress is in place on January 3.