Why there is new hope the popular idea could become a reality. 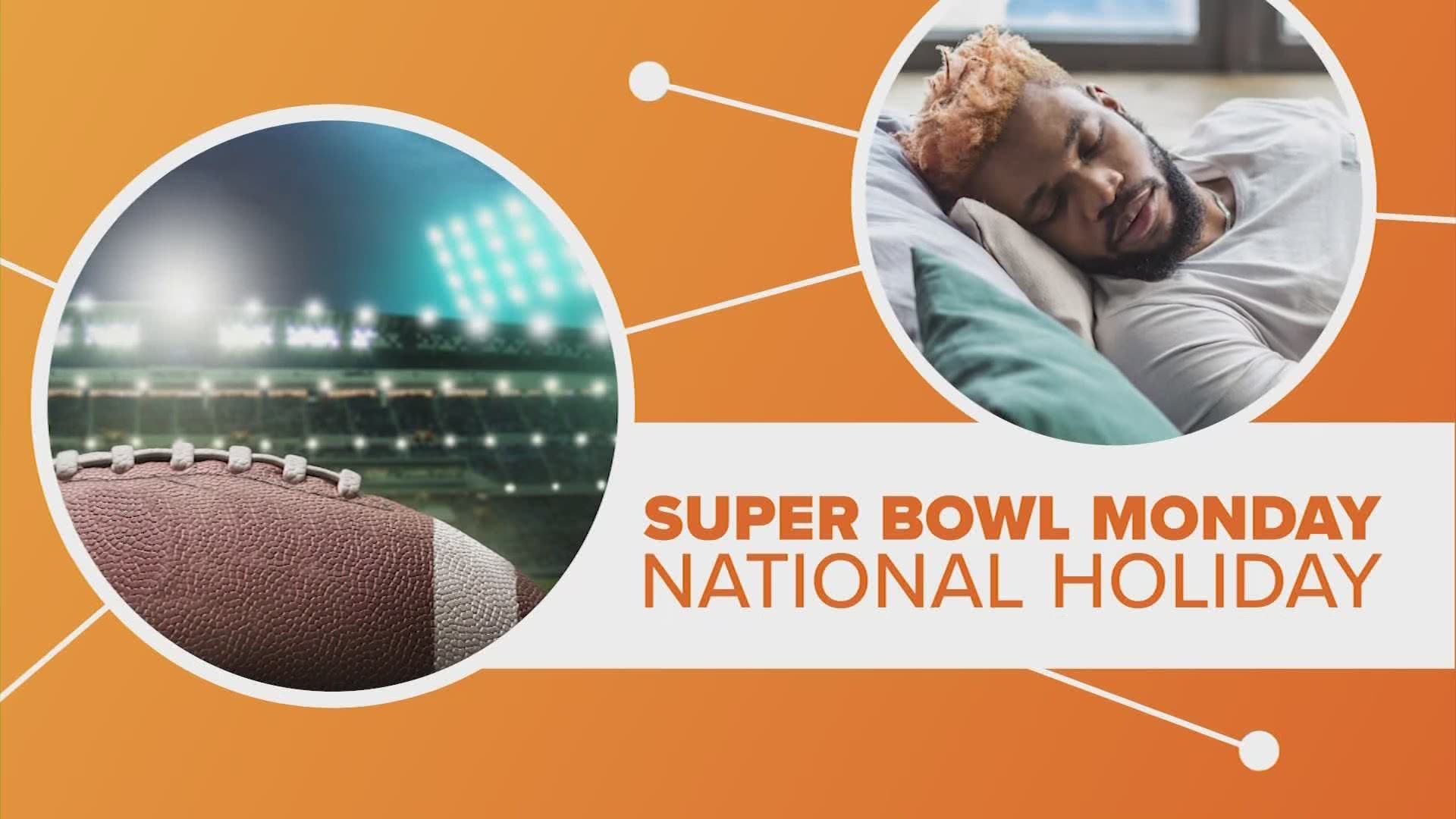 HOUSTON — The push to make the Monday after the Super Bowl an official holiday is nothing new, but the idea is getting some new life.

It's not really a mystery why a lot of people think Super Bowl Monday should be a holiday. In 2020, Kronos estimated over 17 million people missed work the day after the big game. That adds up to about $4 billion in lost productivity for companies.

In a poll from Draft Kings, nearly half of sports fans said they were willing to sacrifice another holiday to get that Monday off.

But when it comes to making that holiday a reality it’s been slow going for years. Online petitions calling for Super Bowl Monday to be made into a national holiday have been around for about as long as there have been online petitions.

However, the process to create a national holiday is often difficult and can take many years.

A Texas lawmaker has proposed a bill to make the day a state holiday, but it still hasn’t been sent to committee for consideration.

The NFL could actually have a solution to this problem. The league wants to expand the regular season, adding a 17th game. There is no official word on how that will affect the post-season, but there are reports the league is playing with scheduling the Super Bowl on Presidents Day weekend.

That would mean for a lot of workers, Super Bowl Monday would become a holiday with or without another online petition.