The TABC's response will vary from educating the bar owner on the proper regulations to potentially closing the bar down. 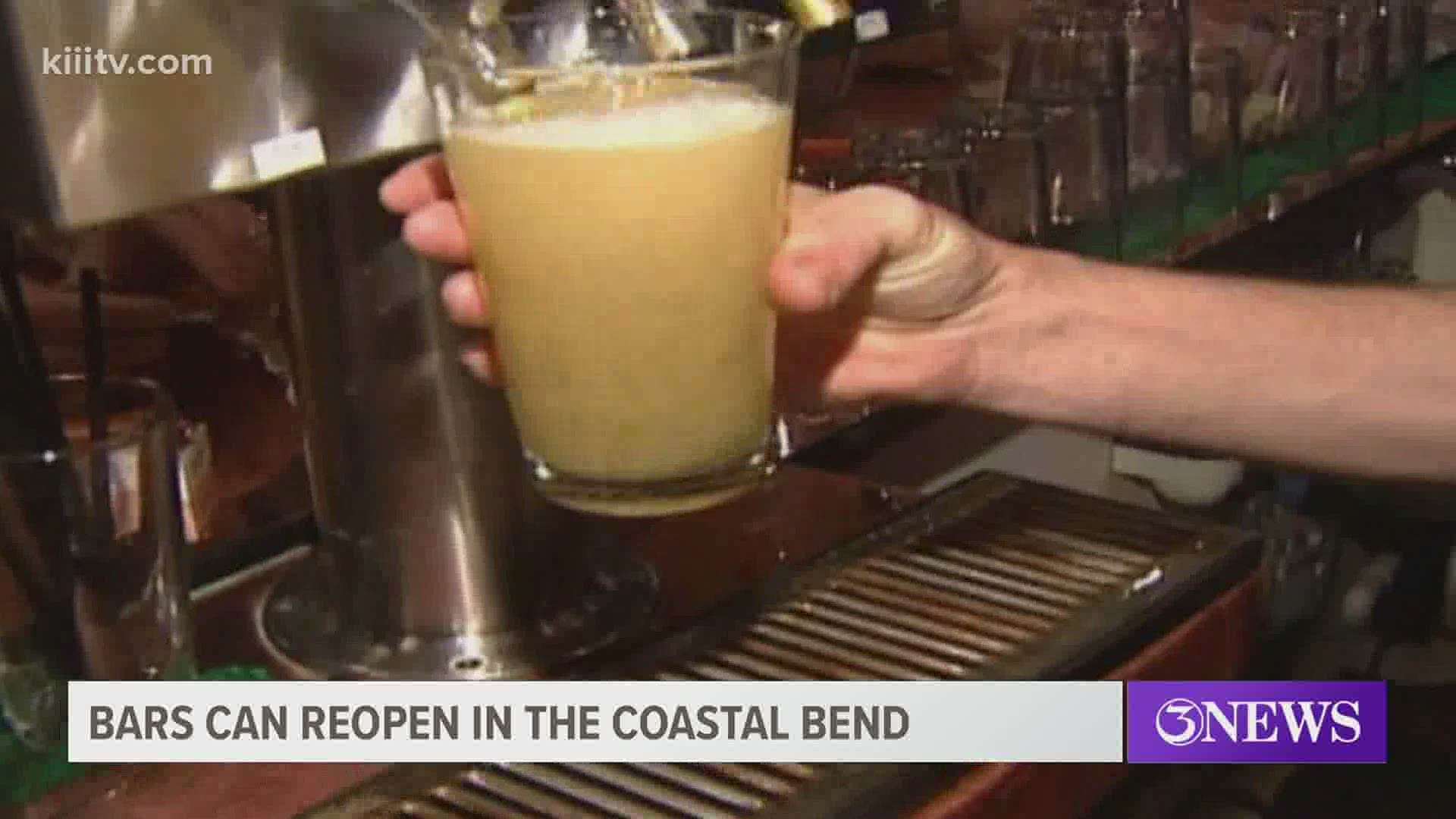 CORPUS CHRISTI, Texas — The Texas Alcoholic Beverage Commission said Governor Greg Abbott's health and safety requirements for bars will be enforced in two different ways: One, by the TABC themselves; and two, by local law enforcement.

Chris Porter with the TABC said they plan to make rounds monitoring bars and will also visit bars immediately when a violation complaint has been made.

"If we are responding to a bar and we know that three more bars are across the street, obviously we will conduct inspections at those locations as well just to make sure we are really covering all of our bases when it comes to enforcing the governor's rules," Porter said.

Porter said if a bar is in violation of safety requirements -- for instance, if patrons who aren't seated are not wearing a mask, alcohol is being sold past 11 p.m., or if there is a lack of social distancing -- the TABC's response will vary from educating the bar owner on the proper regulations to potentially closing the bar down.

"We will take action such as suspending their permit for a period of time or, if it is a case of repeat offenses or people stating their unwillingness to comply with the rules, we might have to take stronger actions such as a fine or even a cancellation of their permit to sell alcohol," Porter said.

The TABC said local officials will also have a responsibility to enforce the rules.

The Corpus Christi Police Department said they will be responding to complaints if they are made aware of a bar in violation.

"So much like the restaurants, where we would go out an educate people if there was an issue and someone called in a complaint, we would go out there and educate the business on the rules as they are outlined," CCPD Lt. Mike Pena said.

Pena said if necessary, the bar owner will be given a citation for violating the governor's order.

If you own a bar or plan to head out to one, you can visit open.texas.gov to view a checklist of health and safety regulations to follow.