TABPHE-Corpus Christi pushing for social justice in the Coastal Bend

The Texas Association of Black Personnel in Higher Education is a resource for anyone wanting to be involved in the black community and advocate for equality. 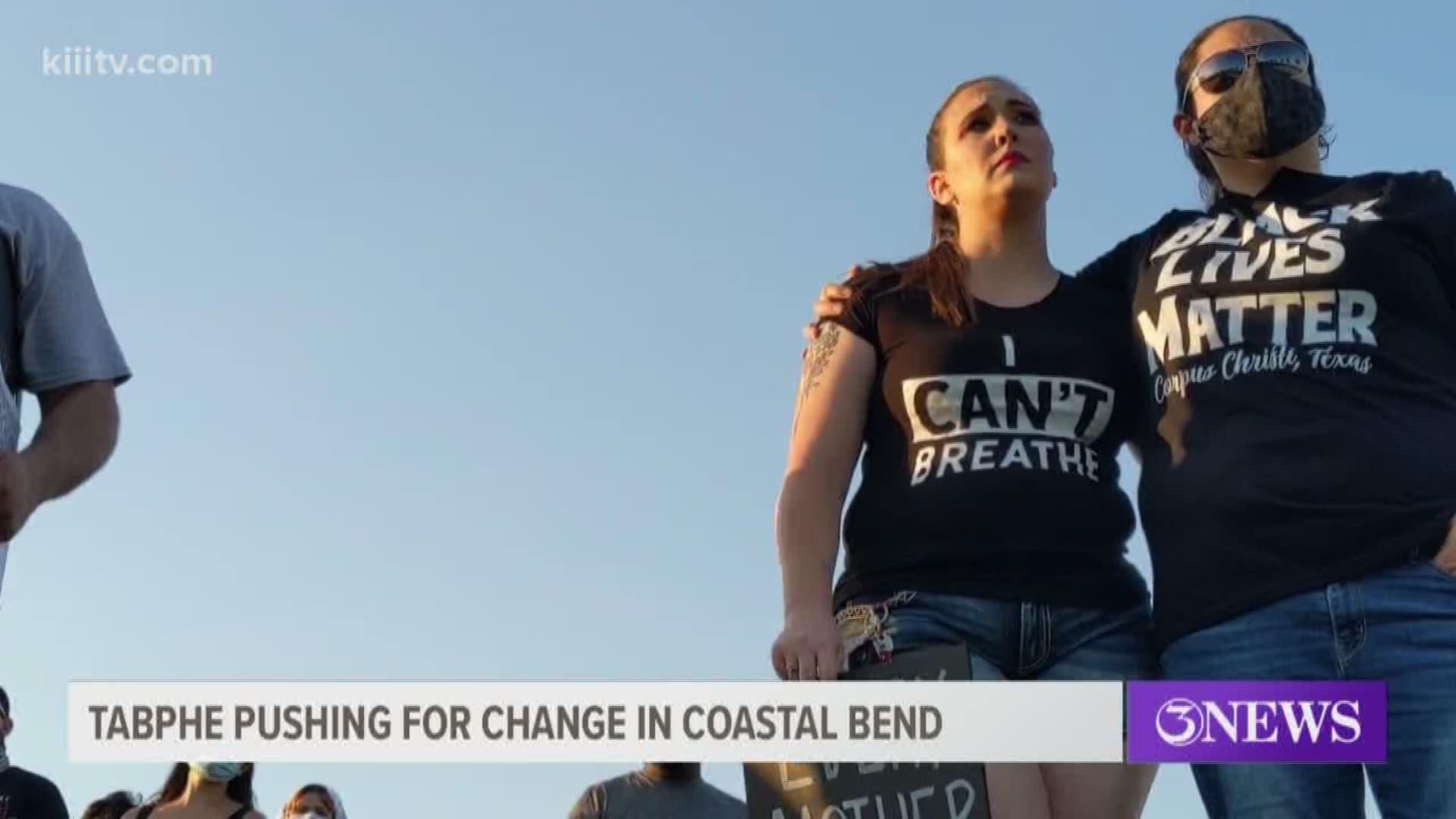 CORPUS CHRISTI, Texas — While George Floyd may have been laid to rest today, the conversation certainly doesn't stop there.

The Black Lives Matter movement has reignited so many people nationwide with protests demanding change. Locally, various Coastal Bend leaders and organizations are doing the same.

The Texas Association of Black Personnel in Higher Education is a great resource for anyone in our area wanting to be involved in the black community and advocate for equality.

A peaceful protest was held on June 6. It brought out hundreds along the bayfront in Corpus Christi. The woman leading the charge? Tina Butler.

"We are a voice for the African American students, as well as the faculty and equality in education," Butler said.

TABPHE is an organization at Del Mar College that started in 1992. Before the '90s, Butler said that voice didn't exist on campus.

Thus, TABPHE was formed. Butler said the organization made huge strides on campus like in 2000 when they fought for a building to be named after Solomon M. Coles. She said Coles was a black pastor in Corpus Christi in the late 1800s, early 1900s, who taught college classes for black soldiers coming back from war because they weren't allowed on the Del Mar Campus.

"Since this pastor took it upon himself to go part-time in order to teach the veterans returning from the war, we felt at least his name should be on a building," Butler added.

Their advocacy now extends past the school walls.

"We started working in the community so that we can get the students prepared for coming to higher education as well as the parents," Butlers aid.

They speak at grade schools, provide mentorships, youth camps and have become a pillar in the black community in the Coastal Bend.