Fort Worth police showed edited bodycam video during a news conference Thursday. Officials said it was in response to "misinformation on social media." 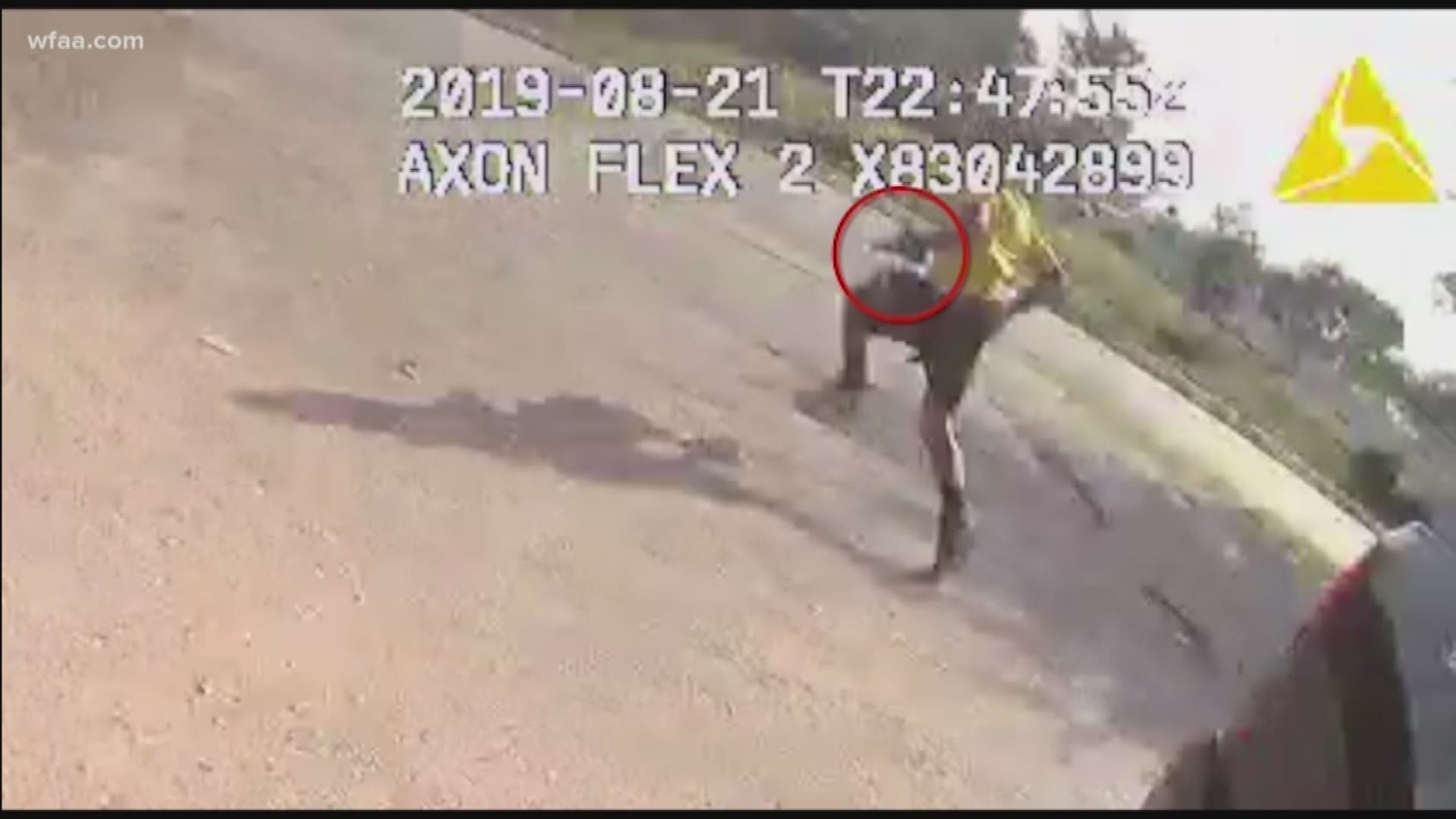 FORT WORTH, Texas — Update 2:10 p.m. Friday with the official cause of death.

Newly released body-camera video shows an 18-year-old man pointing a gun at Fort Worth police as he ran away from officers.

The video was edited and released by Fort Worth police less than 24 hours after a deadly, officer-involved shooting that occurred Wednesday.

Police officials say they made the decision to hold a news conference after "misinformation was going around on social media."

During the news conference Thursday, Police Chief Ed Kraus said posts circulating on social media claimed Amari Malone was unarmed and shot in the back by officers.

"We felt the need to expedite the released of the video to show what happened out there," Kraus said.

But the attorney for the Malone family disagrees with police.

"I met with the medical examiner last night who confirms Amari was shot one time in his back. We believe this was an injury that he could have recovered from with timely treatment," Lee Merritt said during a separate news conference Thursday.

On Friday, the Medical Examiner's Office confirmed Malone died from a gunshot wound in his back.

The shooting occurred in the 5900 block of Boca Raton Boulevard in east Fort Worth near I-30 and 820.

Sgt. Chris Daniels, a spokesperson for Fort Worth Police, told WFAA that officers came to the area before 5:45 p.m. to talk with Malone, who was a person of interest in a recent unsolved homicide.

That homicide occurred around 9:45 p.m. on August 5 near the 3100 block of Las Vegas Trail. Officers say a 24-year-old man was found with multiple gunshot wounds near a shopping strip.

The shooting victim was transported to the hospital, where he was pronounced dead. Detectives said someone observed Malone at that scene with a pistol.

The edited bodycam video released by Fort Worth police shows one of the officers say, "Hey man, let me talk to you for a second."

At that point in the video, officers open fire and strike Malone. At least four police officers have been placed on standard paid leave during the investigation, Kraus confirmed.

Malone was transported to a local hospital, where he was later pronounced dead.

Anyone who witnessed Wednesday's shooting is asked to contact the Major Case Unit at 817-392-4430.