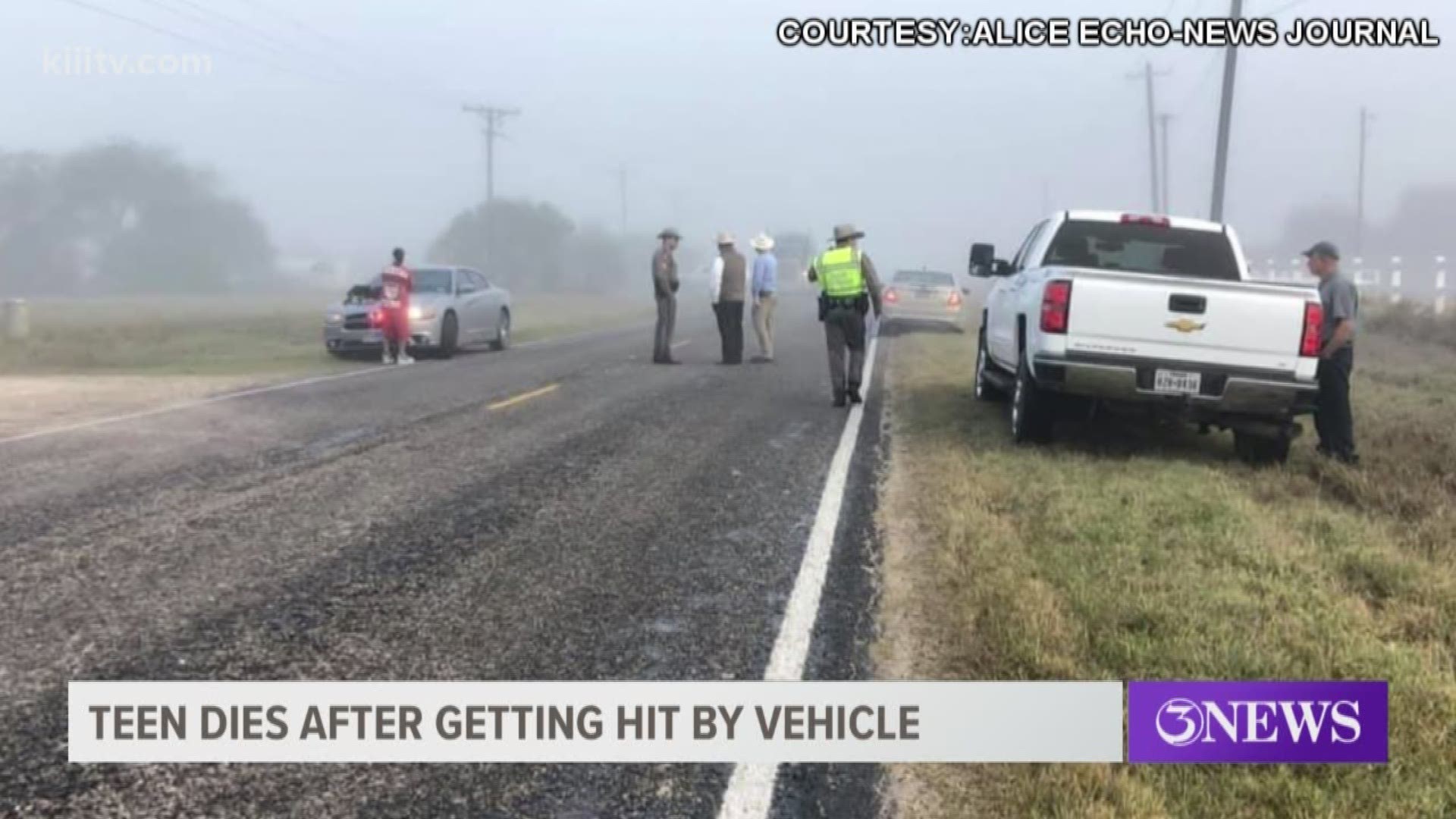 According to state troopers, a preliminary investigation revealed a Chevrolet Silverado occupied by a male diver was traveling south on FM 738. A male and female pedestrian were walking on the side of the road of the southbound lane of FM 738.

Due to heavy fog and low visibility, the driver of the Silverado was not able to see the pedestrians on the roadway and struck the female pedestrian.

13-year-old Evangelina Gutierrez was pronounced dead at the scene.