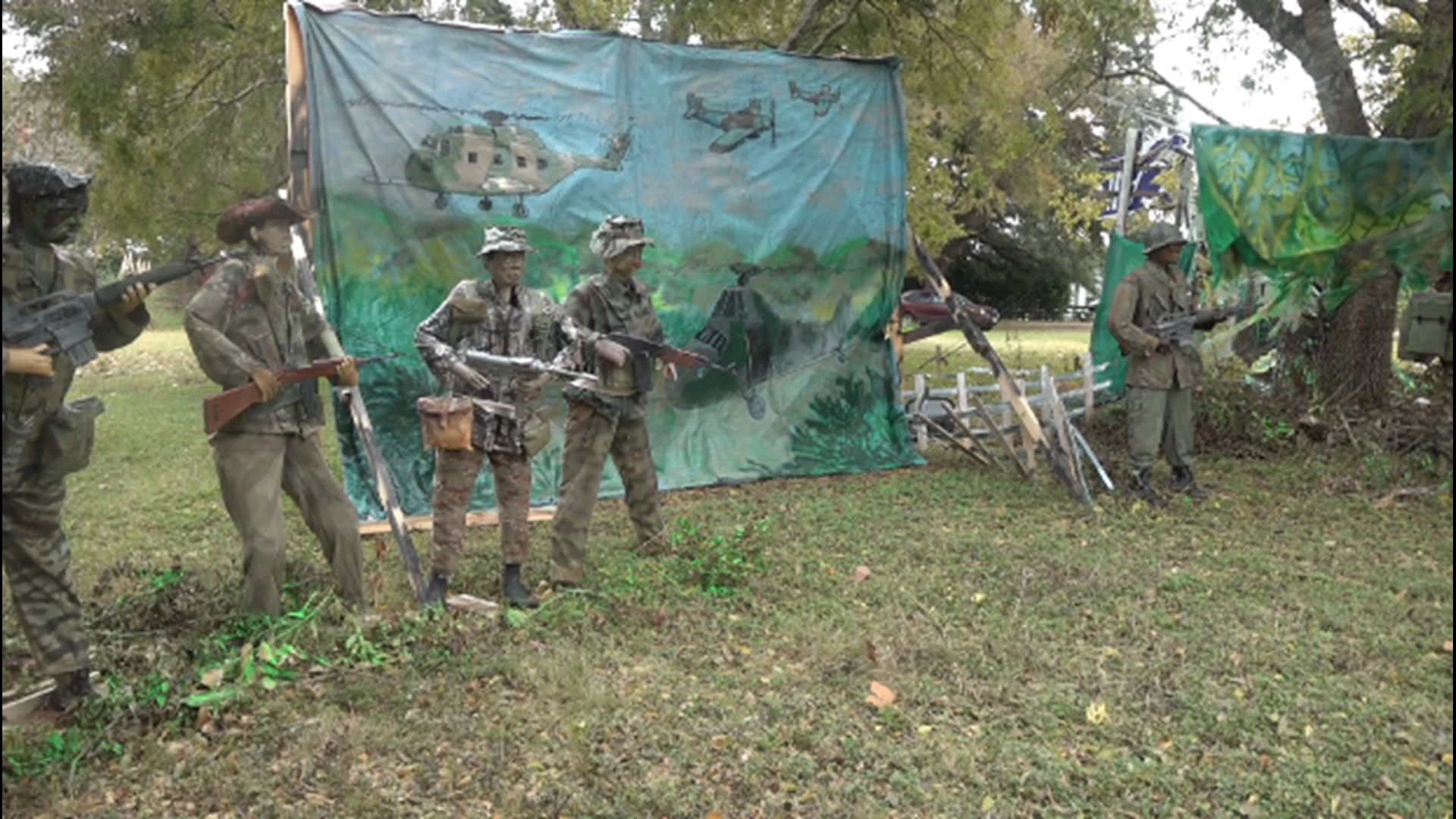 TEMPLE, Texas — A Temple artist is honoring local soldiers in a unique way this year, with an art installation in his own front yard.

Andrew Bagrawski retired from the neon sign business several years ago. As a military history buff, be wanted to find a way to bring more attention to the soldiers that serve our country. He began creating nearly life-size military soldiers figures for a display in his front yard and his latest military art display is turning heads.

Bagrawski placed 22 models of Vietnam veterans in his front yard to create multiple scenes,  all complete with backdrops. He shows medics picking up the wounded, a search and destroy team, a recoilless stationary gun, and a team of marines among other displays.

Several of the models wore hats and uniforms donated to Bagrawski, but most of the figures and gear were made with his creativity.

The spent recoilless gun shells were made from pool noodles, bullet belts were made with duct tape and crayons, the stationary gun is PVC pipe, and many of the pouches are made from painted chip bags. He fashioned guns from cut foam.

Plenty of people now stop by every day.

“People come out everyday and stop and waive,” Bagrawski said. “They’ll sometimes stop and talk. Sometimes I’ll get some veterans. It’s wonderful to know that they appreciate it.”

Bagrawski started researching Vietnam war history in Nov. 2018 to create the installation. He started placing models in July. While it was a lot of work, he said it serves a purpose.

“I want them (people) to know that these people actually went out and fought. They suffered. They had to do things that so many of us in any free nation do not have to do,” Bagrawski said.

Bagrawski said he has created eight displays since moving to Texas 14 years ago. This is the first year he created soldiers based on the Vietnam war.