Police say a large amount of cash was withdrawn from the account of Dr. Wu prior to him missing. His vehicle has also been found in Brownsville. 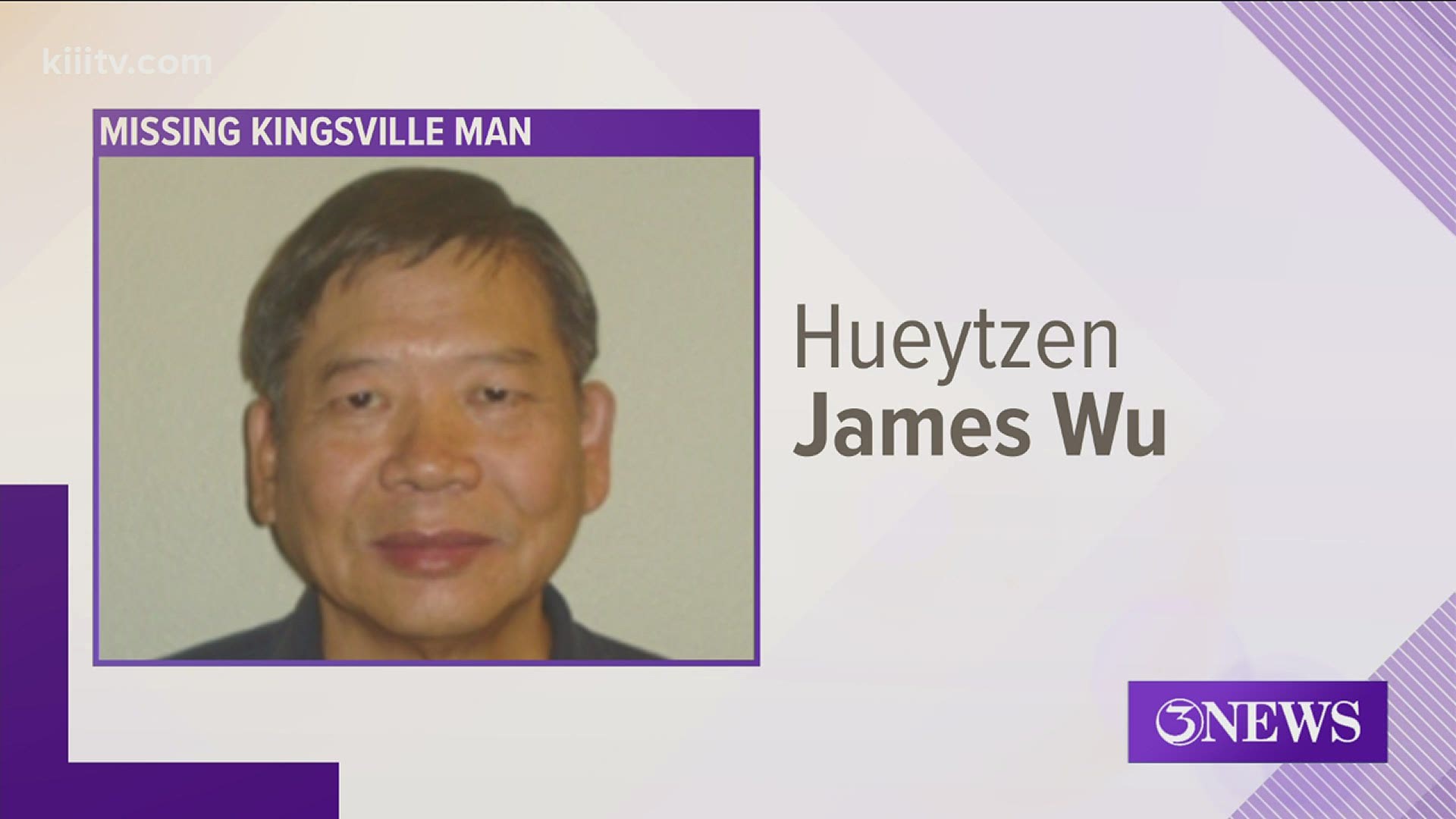 KINGSVILLE, Texas — Kingsville Police report that the body of 75-year-old Hueytzen J. Wu has been located at Boca Chica Beach near Brownsville around 5 p.m. today. He had been missing since October 1.

Dr. Wu was a Texas A&M Kingsville Professor who worked in the Math Department at TAMUK. He hadn't reported to work on Oct. 2 or Oct. 5, according to the police report.

Police say he was last seen on October 1 near Hall Ave. in Kingsville around 4:45 p.m. by neighbors. He drove a Nissan Quest with license plate number FHP 8804. That vehicle was found at the Boca Chica Beach near Brownsville by the SpaceX facility on Oct. 7.

Police say Dr. Wu was seen in the area of Benavides and Hebbronville at local convenience stores on Oct. 1. Witnesses said he appeared to be dazed and confused and did not seem to know where he was or where he was going. He was also a diabetic and believed to be without his medication.

Police say a large amount of cash was withdrawn from the account of Dr. Wu prior to him missing.

We have learned of the tragic passing of Dr. Wu and send our condolences to his family. pic.twitter.com/G4Sc0MIHIJ

RELATED: Fatal stabbing in Kingsville; one suspect on the loose