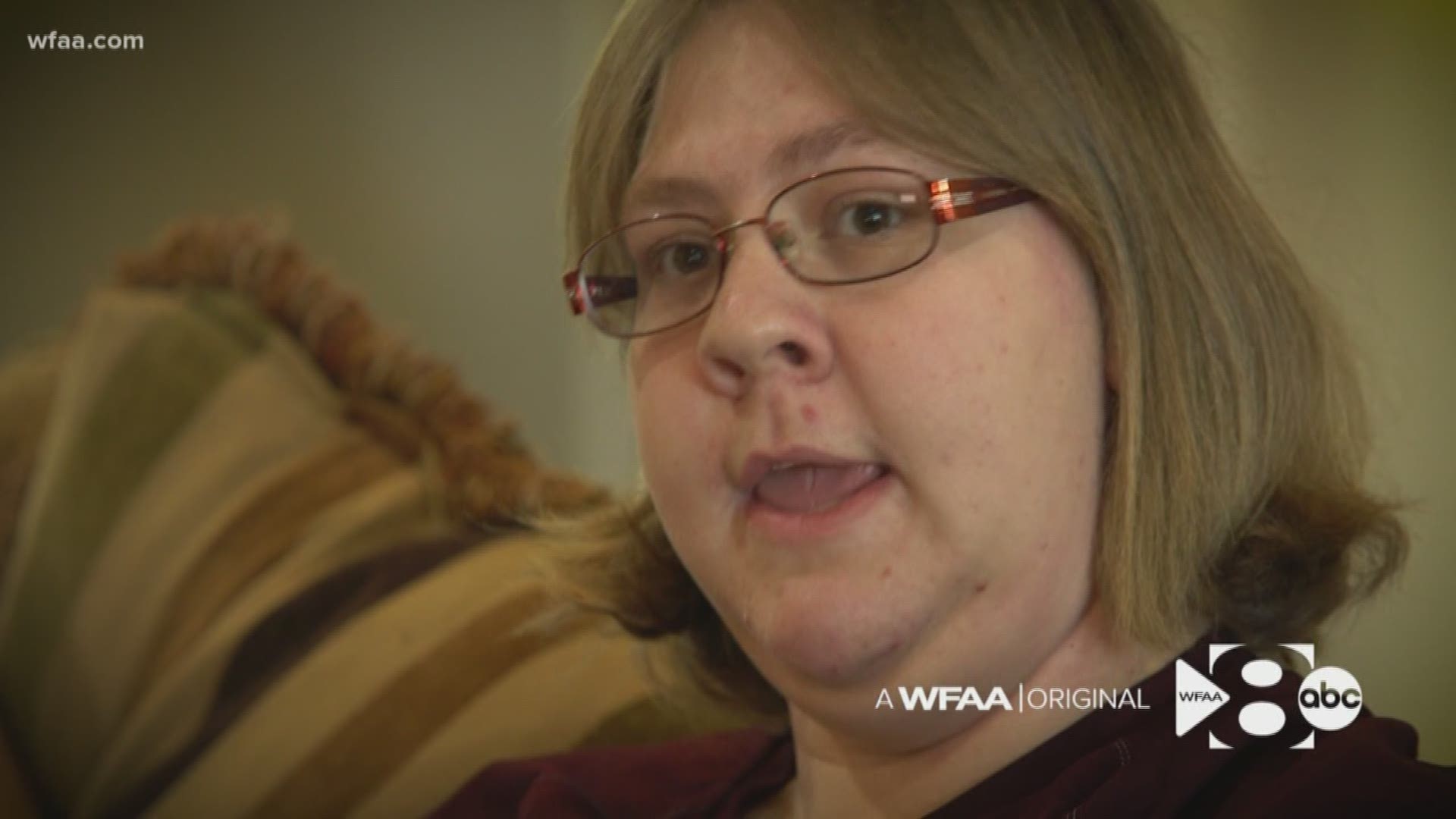 COLLEGE STATION, Texas — When Courtney Osburn begins her freshman year at Texas A&M in the fall, she will be realizing a long-held dream to keep her Aggie family tradition alive. But as someone considered special needs, it's a maroon dream she feared would never be possible.

"There was a period of distress. Lack of oxygen," Courtney's mom Beca Osburn said from their home in Allen, north of Dallas. " A lot of prayer. A lot of trust and faith," she said while looking through old family photographs.

Faith needed for a little girl born with damage to the left side of her brain. A little girl whose life would be a challenge.

"I just love my family," Courtney, now 27 years old, said seated on a couch next to her mom. She is perhaps the kindest person you will ever meet. She stutters sometimes when she speaks, but not when she sings.

But she knows the world considers her, and her stutter, special needs.

"I accept it because it is a part of me and who I am today," Courtney said.

"I hate when people say I can't do something," she said. "In my gut, I knew college was right for me. I'm ready to find out who I'm meant to be in life."

And thanks to a new program at Texas A&M, she will get that chance.

"Well, Courtney has probably told you this. She is ready to move to College Station and never leave," said Carly B. Gilson, Ph.D., director of the Aggie ACHIEVE program at A&M.

Aggie ACHIEVE is Texas' first inclusive, certificate-based, four-year education program for young adults with intellectual and developmental disabilities. Courtney, along with three other students from Houston and Austin, will comprise the first freshman class this fall. The students, with their own individualized programs will also receive support from Texas A&M students who volunteer as "ACHIEVEmates" who act as guides, mentors, and friends for the Aggie ACHIEVE students in their four years at A&M.

"Because they have the same dreams and the same aspirations as their peers without disabilities, but historically they've not had the same access," Gilson said.

The acceptance letter came just a few weeks ago. Courtney's family made sure they recorded it on home video. Courtney Elizabeth Osburn (her initials are CEO, she likes to point out), will get her fighting Aggie chance.

This month, Courtney is attending a one-month summer camp on the College Station campus for students with special needs. She's practicing living on her own, living with other students in a dorm. But if you ask her, and I did, she's ready to get started on her college career right away.

"I love it," she said while seated in the lobby of Hullabaloo Hall. "It feels like family. I'm the one that gets to carry on my family tradition.

"But ultimately why any student goes to college is to get a job and to prepare for life. And that's what we want our students to be able to do as well," Gilson said.

Courtney, perhaps the most avid Aggie football and basketball fan ever, hopes to pursue employment as a sports trainer and assistant.

"As a mother I am proud and I am grateful she has this opportunity to experience the world and figure out what it is she wants," Osburn said. "It means that she's got an opportunity to blossom and follow her dreams."

Dreams that, thanks to this new program at A&M, also offer the Courtneys of the world a well-deserved dose of confidence.

"A word that I cannot say around here," she whispered when I asked how becoming an Aggie makes her feel. I told her she'd earned the right to say it out loud.

"Is a badass," she said as she grinned.