House Bill 1399 would prohibit healthcare providers from performing gender transition surgeries or providing hormone replacement therapy for anyone under 18. 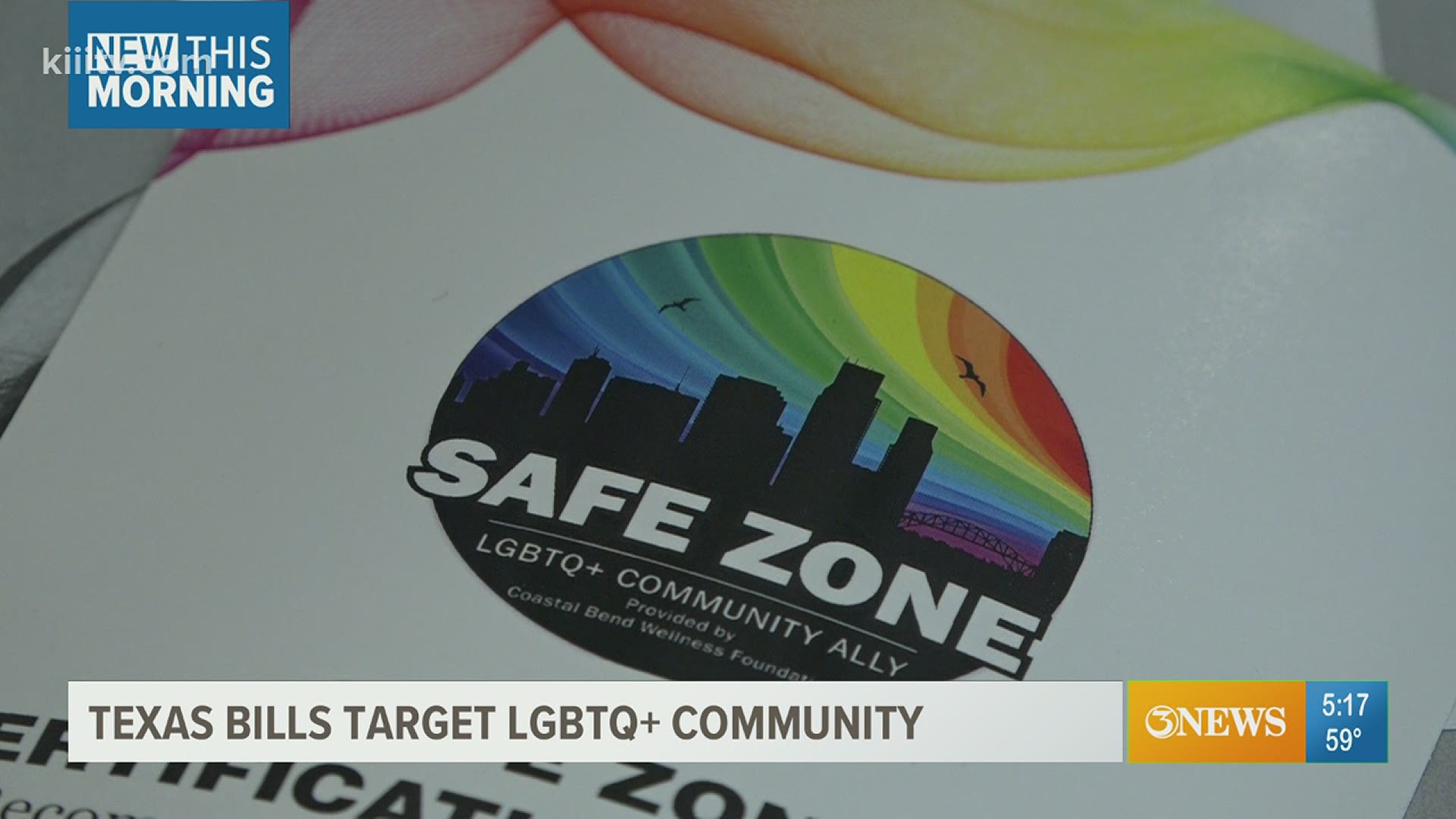 CORPUS CHRISTI, Texas — The Texas Senate and House introduced more than 20 bills that target the LGBTQ+ community, and more specifically, the youth. The local Pride Center said after years of overcoming challenges, this feels like a setback.

"I don't think I ever imagined a world where we would start taking away healthcare from people," Barton Bailey, Director of the Coastal Bend Pride Center said.

Several bills aimed at the LGBTQ+ community are gaining traction as they move through the state legislative session.

House Bill 1399 would prohibit healthcare providers from performing gender transition surgeries or providing hormone replacement therapy for anyone under the age of 18.

RELATED: Transgender students in Texas would be barred from school sports teams matching their gender identity under a bill advanced by state Senate

"We need to do everything in our community to encourage our youth to live into the person they can fully be, and try to figure that out at a young age. And so, those attacks just kind of put a lid on that," Bailey said.

Bailey said the Pride Center still sees several people of all ages who fear not being accepted and the recent bills do not help.

"I really hope that none of them happen," Bailey said.

The HIV Criminalization Bill and ban on transgender youth playing sports are among those that Bailey says discriminates against their community.

"I've seen elementary school students who are very in touch with their own sense of self if they identify as LGBTQ," Bailey said.

Professional soccer player Megan Rapinoe commented on the anti-trans bills being discussed, stating "these bills are an attack on the humanity and belonging of trans people."

She continued by saying that trans youth should be allowed to live their dreams and be who they are.

Our LGBTQ population has been discriminated against for many years. And so, you know, yes it's happened before," Bailey said. "And, and so we have to stay faithful and hopeful that we will continue to move forward and make some progress.

There are more than 240 anti-LGBTQ+  bills being considered in state legislation across the country.

Meanwhile, resources like the Transgender Therapeutic Support Group and Y-Not, a program that supports young people ages 13-24, are available at the Coastal Bend Pride Center.