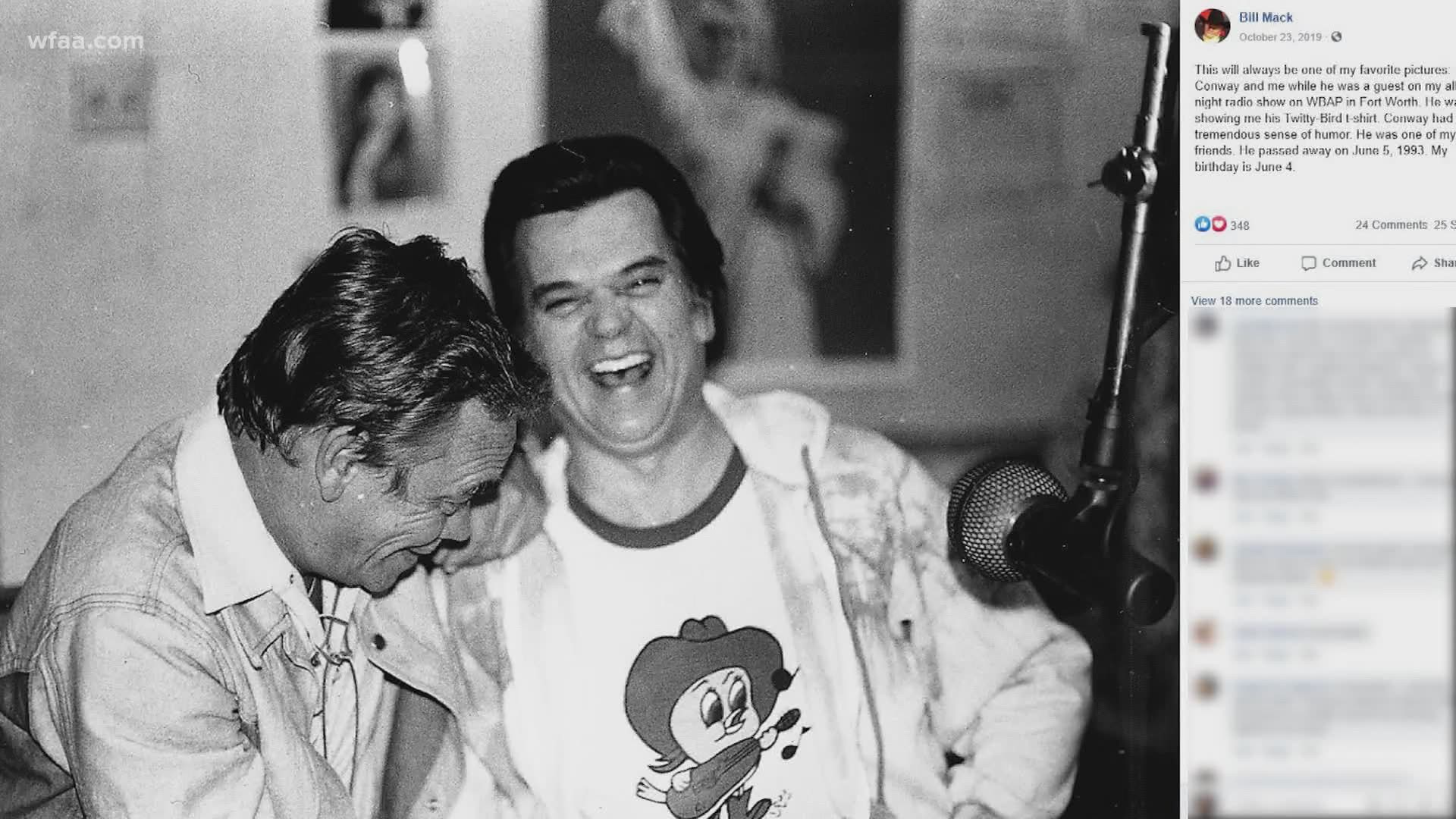 DALLAS — Updated with reaction from people who knew Bill Mack.

His son stated that Bill Mack had underlying health conditions.

"He was an amazing father, grandfather, great grandfather, and husband to my mom. I’m blessed to have had not only a great dad but my best friend as well," his son said in a tweet.

I’m deeply saddened to tell you that my Dad passed away early this morning due to COVID-19 with underlying conditions. He was an amazing father, grandfather, great grandfather and husband to my mom. I’m blessed to have had not only a great dad but my best friend as well. ❤️ pic.twitter.com/Bub4Q2C02n

Mack, who was born in Shamrock, Texas, was also well-known in the country music industry as a singer and songwriter.

He wrote the song Drinking Champagne which was released in 1968 and was sang by fellow Texan George Strait.

According to the Texas Heritage Songwriter's Association, Strait’s recording of the song won Bill a Platinum Album after he sold one million copies.

Then in 1997 when Mack's song called Blue, which was covered by LeAnn Rimes won a Grammy when it was voted, "The Country Song Of The Year in 1996."

Hal Jay, a radio personality with WBAP, met Mack in 2981. They worked together for more than a decade. Jay says he always remembers Mack's booming voice.

Jay was among the many who called Mack a legend.

“He made country music what it is today. He had a hand in doing that," Jay said.

Mack was also a mentor to Jody Dean.

“When no one else would give me a chance, Bill did,” he said.

Dean used to be an announcer at Billy Bob’s Texas in Fort Worth, where Mack would go when the radio station would host events there.

“He said to me one night, ‘Well son, why don’t you come out and watch my radio show some night,’” Dean said.

He would watch Mack’s broadcast for two to three hours a night. Dean called it magical.

“This guy personally knew so many people and gave them their start,” said Dean, “I am one of the very many who can say I never would have made it if it hadn’t been for Bill Mack.”

Throughout his career, Mack was closely associated with truckers and millions of listeners through his radio programs recorded out of Dallas-Fort Worth beginning in 1969.

Saddened to hear about the passing of Bill Mack. He was a legend in country music and a dear friend and frequent guest at Billy Bob's Texas. He will be greatly missed. ❤️

Deeply saddened by the passing of long-time friend and former radio partner Bill Mack. A legend. In 1969, he founded the all night show on @WBAP247NEWS that eventually became Red Eye Radio. My love & prayers are with Cindy,Billy and family. Rest in peace, brother. #MidnightCowboy pic.twitter.com/PF611jbGvd

Here is the late great Bill Mack on the street named for him in his hometown of Shamrock, Texas. I met Bill Mack while I was working at WBAP & KSCS in Arlington in the late 90s and 2000. I even got to fill in one Christmas morning on the Midnight Trucking Show. Bill is a Legend. pic.twitter.com/uxSMZnKDcE