'We had to change our hat and turn': Texas business owners credit COVID-19 pandemic changes for unprecedented success

Larry Singleton and Woody Smith run two different Texas businesses. In their own ways, they have not only survived during the pandemic—they have thrived. 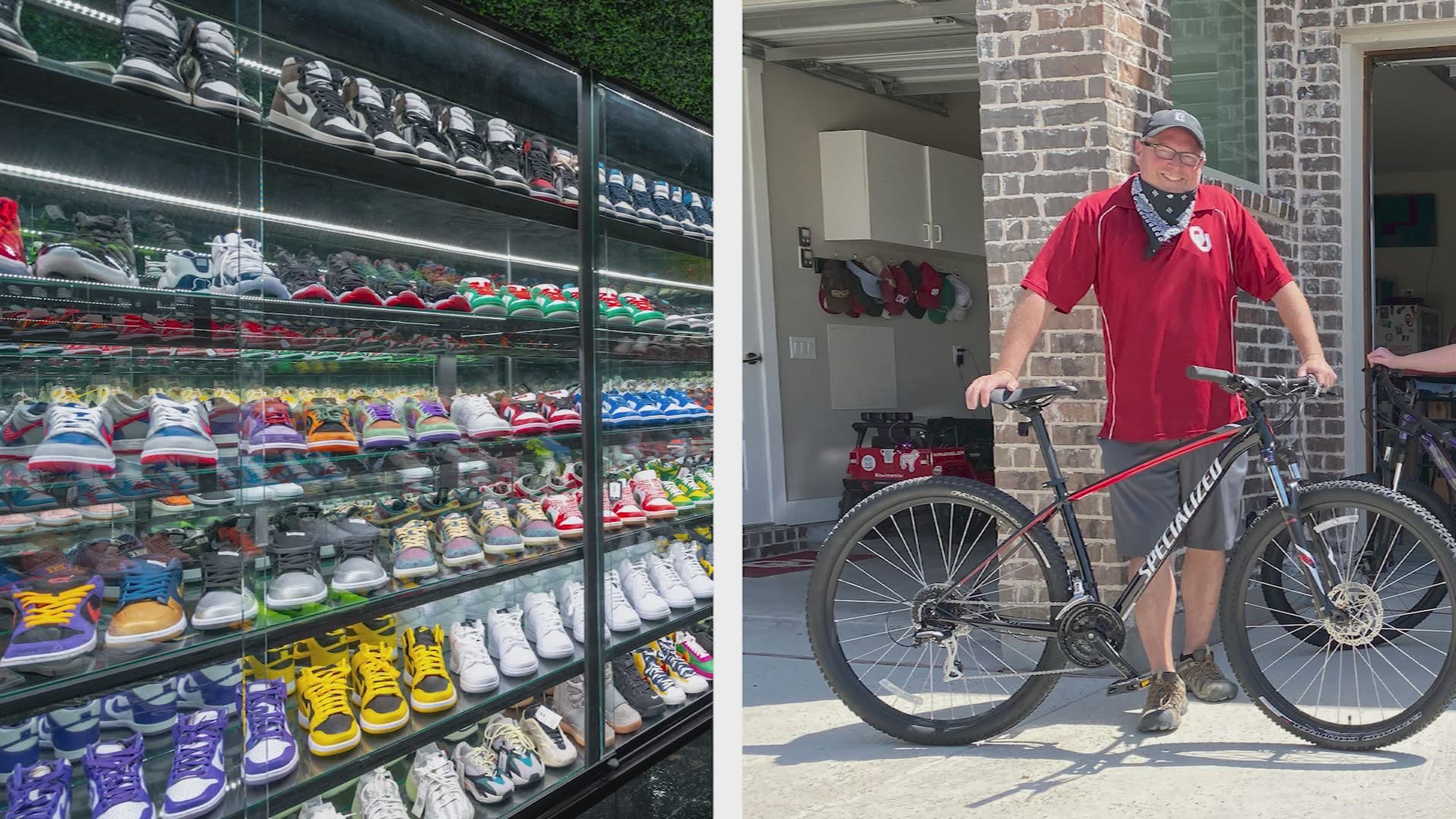 The COVID-19 pandemic has been challenging for small businesses across Texas as many owners do whatever they can to stay afloat.

Two businesses in North Texas have found a way to not only survive but thrive.

Their tactics, however, that brought them success were completely different.

Larry Singleton has always tried to look at his work differently.

"We didn't have investors," Singleton said. "This isn't a conglomerate corporation. This is just three guys who worked really hard."

Founded in October 2018, their store offers clothes and shoes that are difficult to find not only in Dallas, but Texas as well.

"We brought LA to Dallas, so the store is an LA-based themed store," Norris said. "The brands in the store are LA style and LA brands."

Both Singleton and Norris started their careers on the sales and distribution side of the clothing industry. Norris describes this as "knowing both ends."

"Gaining the knowledge about retail from the beginning to learning the wholesale side helped us capitalize with our own store," Norris said.

While many startup companies rely on online sales, these three wanted their in-store sales to be their business' main focus.

"Since we are able to obtain unattainable items that are hard to find, we want to bring you to be able to come into the store and physically see what we have to offer," Singleton said.

COVID-19 had a direct hit on this business plan. The pandemic forced these three owners to limit how many people could come inside at a time.

While they were forced to temporarily close the store in the spring of 2020, Singleton said they quickly came up with a new approach.

While many of their competitors were cutting down on employees, Singleton said they increased their staff from 5 when they temporarily closed to now 12.

"Here, it's a lot more of a concierge service," Singleton said, in terms of what has changed. "We want to have an expert there with you to explain why this particular shirt or item is expensive. We can also tell you why something is popular or who is wearing it. We changed our focus.

Singleton says this change increased customer loyalty, and the store's sales in the past two months compared to December and January of last year are up 140%.

"Our main bread and butter is just here in store," Singleton said.

Richardson Bike Mart had a similar in-store business model since it was created in 1962.

Woody Smith knows this not only because he has bought the store in 2012, but he also been an avid bike rider since he was a kid.

"I started racing bikes at age 11 and then started working in the business at 18," Smith said. "I always like to say it saved my life. It kept me from getting off the wrong path. It's my passion."

Credit: Woody Smith
An older photo of a young Woody Smith riding a bike on one wheel.

Smith said his stores have consistently helped people find the bike that is sized correctly for them and make adjustments in person.

"We like to take them outside, show them how to shift the gears and try to get off and on the bike properly," Smith said. "That's an important part of our job that makes it worth it to work with us."

COVID-19 initially forced Smith to lay off about 30% of his staff, most of whom were part-time workers.

However, Smith quickly realized while there weren't as many people coming to his stores, another more positive change was taking place not in his stores but on his website.

"We had to change our hat and turn," Smith said.

Smith said with his website "blowing up" with orders, it only took 22 days in March of 2020 to surpass the store's online sales for all of 2019.

Smith said he turned his usually in-person staff members into online salespeople and even delivery drivers. He bought a church van, took out the seats and created a new patched-together delivery truck.

Smith also provided the same customer service in front of people's houses when the bikes were delivered rather than in front of his stores.

When he took into account online sales, Smith said his 2020 sales grew by more than 30%.

"It was very challenging, but we figured it out, thank God," Smith said. "We diversified."

"My wife always tells me nobody likes change except for wet babies so carry lots of diapers," McDonald said. "I disagree."

MacDonald said a business deciding to modify is hardest when things are going well. Some owners will think since sales are going well, there is no need to adjust anything, even if a company's business model could be improved.

He said challenges force people to change and improve how their business is run.

Singleton, Norris and Thomas went through this process of re-evaluation during the pandemic.

When health guidelines forced them to get rid of their dressing rooms, they broke down the walls and created a new sneaker room. It gave them nearly 30% more capacity for their shoes and has been a key part to their recent success.

While they are still focused on making in-store sales, these three have created a YouTube channel that shows some behind-the-scenes work in the store and also introduces local athletes and athletes who buy their products.

"This also creates buzz for people visiting here," Singleton said. "When these guys come to town and ask around or look online, somebody of something is hopefully pointing them to us."

While this is a LA-themed store, these three said Dallas is a city they want to support. That is why they donated 300 pairs of shoes to non-profit K.I.N.G. Assistance for kids at Dan D. Rogers Elementary and Pleasant Grove Elementary.

"It's very important for us to make sure that we're giving back to the community," Singleton said. "This is our community."