According to a statement from Leslie’s Pools, the entire pool industry is seeing an increased demand for chlorine in recent months. 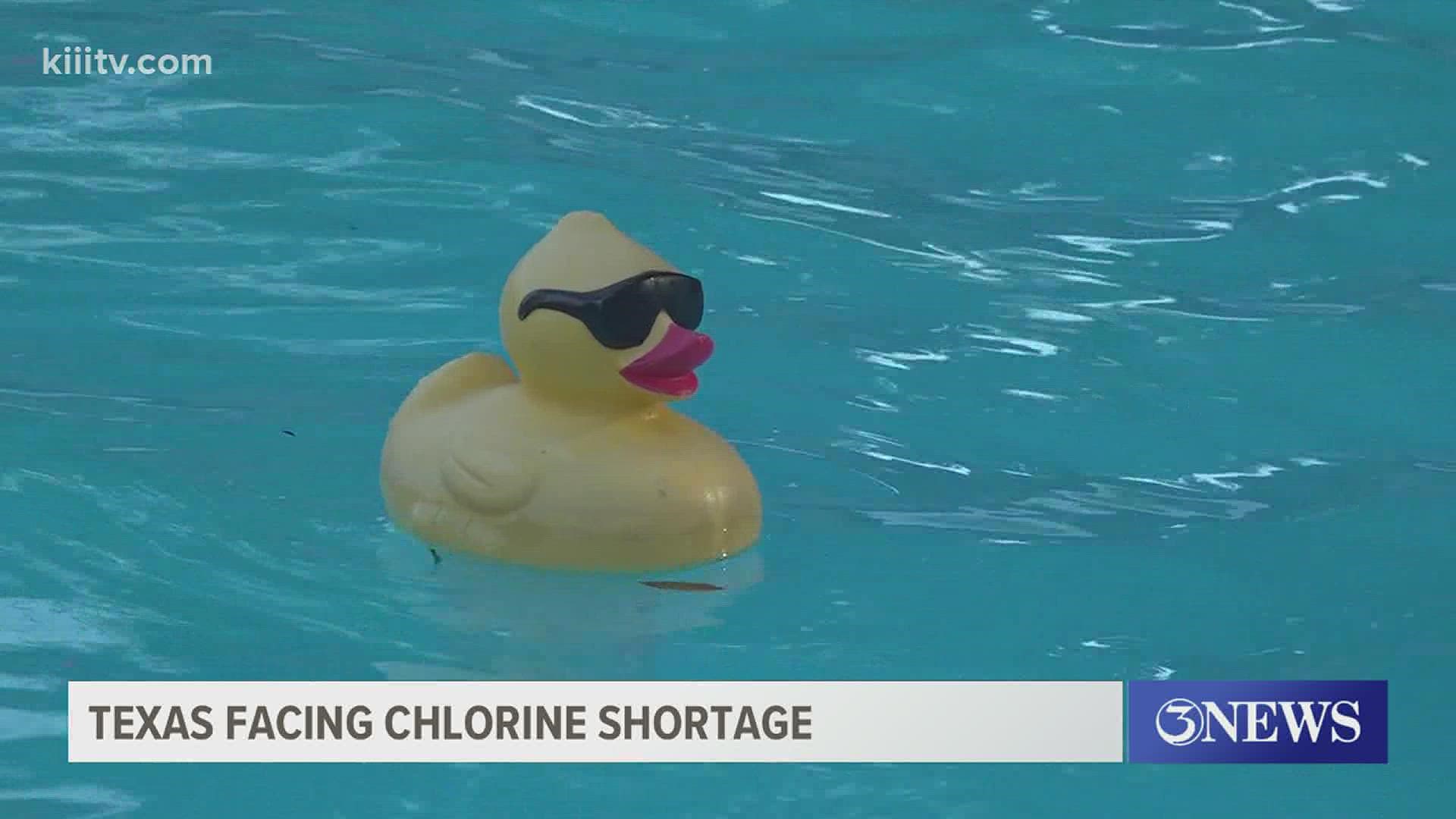 CORPUS CHRISTI, Texas — Although Summer might be coming to an end, local pool suppliers and pool owners say they are still feeling the effects of a national chlorine shortage.

According to a statement from Leslie’s Pools, the entire pool industry is seeing an increased demand for chlorine in recent months. The statement says a fire at a manufacturing plant last year has impacted market supply and homeowners are continuing to invest in pools to enhance their backyards.

"We are new homeowners we’ve owned the house for about a year and the last several months it hasn't been a problem getting chlorine," said Matt Whitehurst."

For Whitehurst, this Summer was the first in their new home, and he wasn't aware of the chlorine shortage until he went to stock up some pool supplies last weekend.

"We asked them you know what other ways we can purchase it since they are out, they told us to look online. But according to the reviews they are all bad the tablets come broken up or if you order 10lbs you get 8" said Whitehurst.

Bruce Owens, with Artisan Pools, says his business has also felt the effects of the shortage not only when it comes to chlorine tablets but the pool shock chemical.

"Right now, we have been able to squeak through, we’ve had enough to get through but one solution as far as I’m concerned is to go to salt, because it generates chlorine by itself."

According to Owens the cost has gone up, and he doesn't predict the manufacturing plant which is based out of Louisiana to be up and running until 2023.
Whitehurst says they will continue to stay positive and make do with what they can.

"We are just going to keep going with the flow, and buying it here and there where we can find it and just wait for manufacturers to produce more and get it back to the suppliers," said Whitehurst.