Texas Education Agency unveils 'Do Not Hire' registry for teachers

If the district does not report teachers, they can get in big trouble and lose certain accreditations. 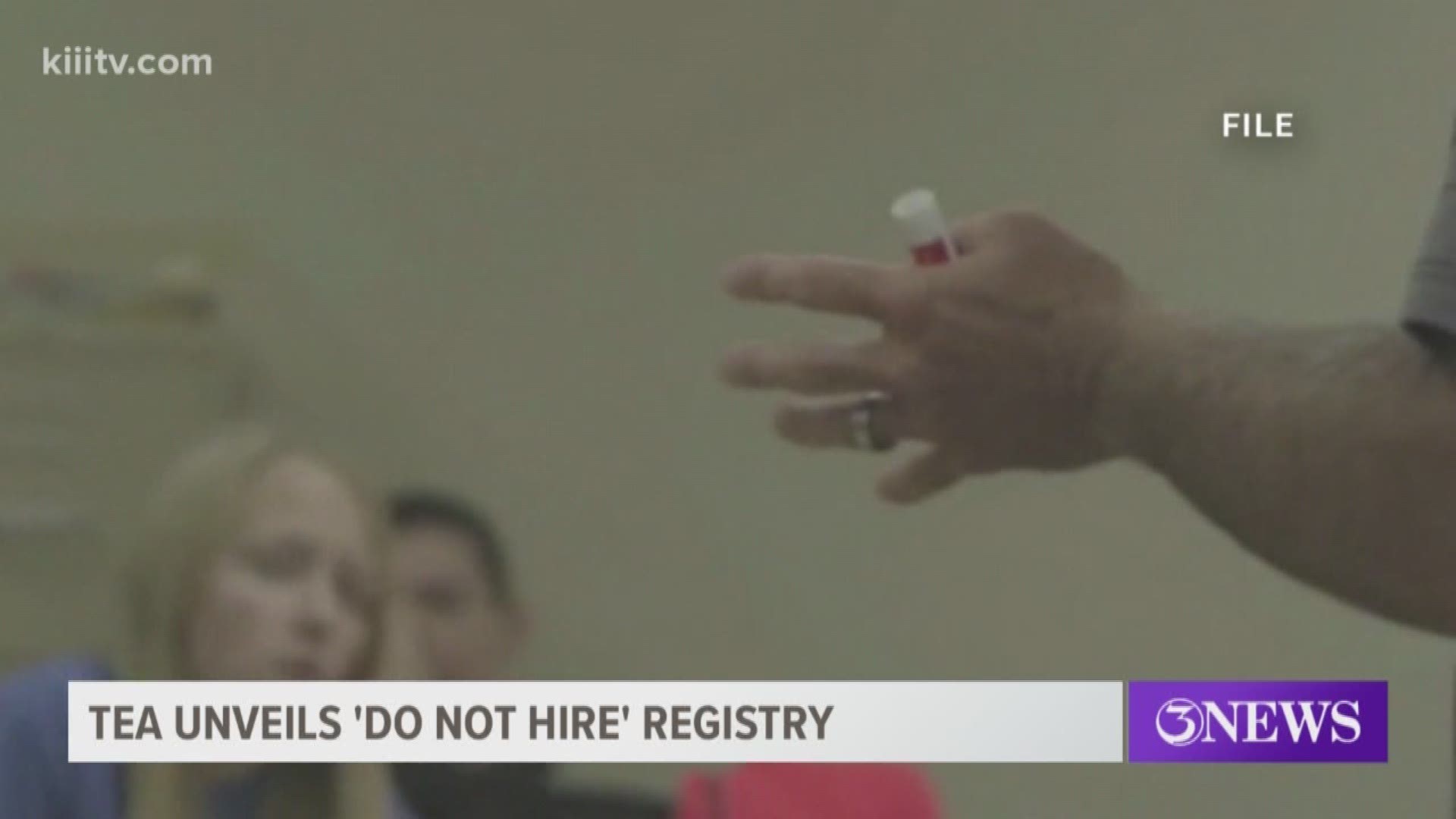 CORPUS CHRISTI, Texas — Texas school administrators now have a new tool to use when looking for new teachers. In January, the Texas Education Agency unveiled its new "do not hire" registry.

The registry tells district leaders if an applicant is eligible for hire or if they're under investigation for any kind of misconduct. If they are, by law, the district cannot hire them.

If the district does not report teachers, they can get in big trouble and lose certain accreditations.

Previously, there was no central database of teacher investigations, so most often school districts conducted their background checks but those may not have revealed things like criminal charges against applicants if they ended in plea deals or settlements and not convictions.

State lawmakers are hoping the registry cuts down on the number of reported inappropriate relationships Texas teachers have with minors. Numbers have spiked in recent years, in part because of stricter reporting rules.

The registry will not be available to the public until April.