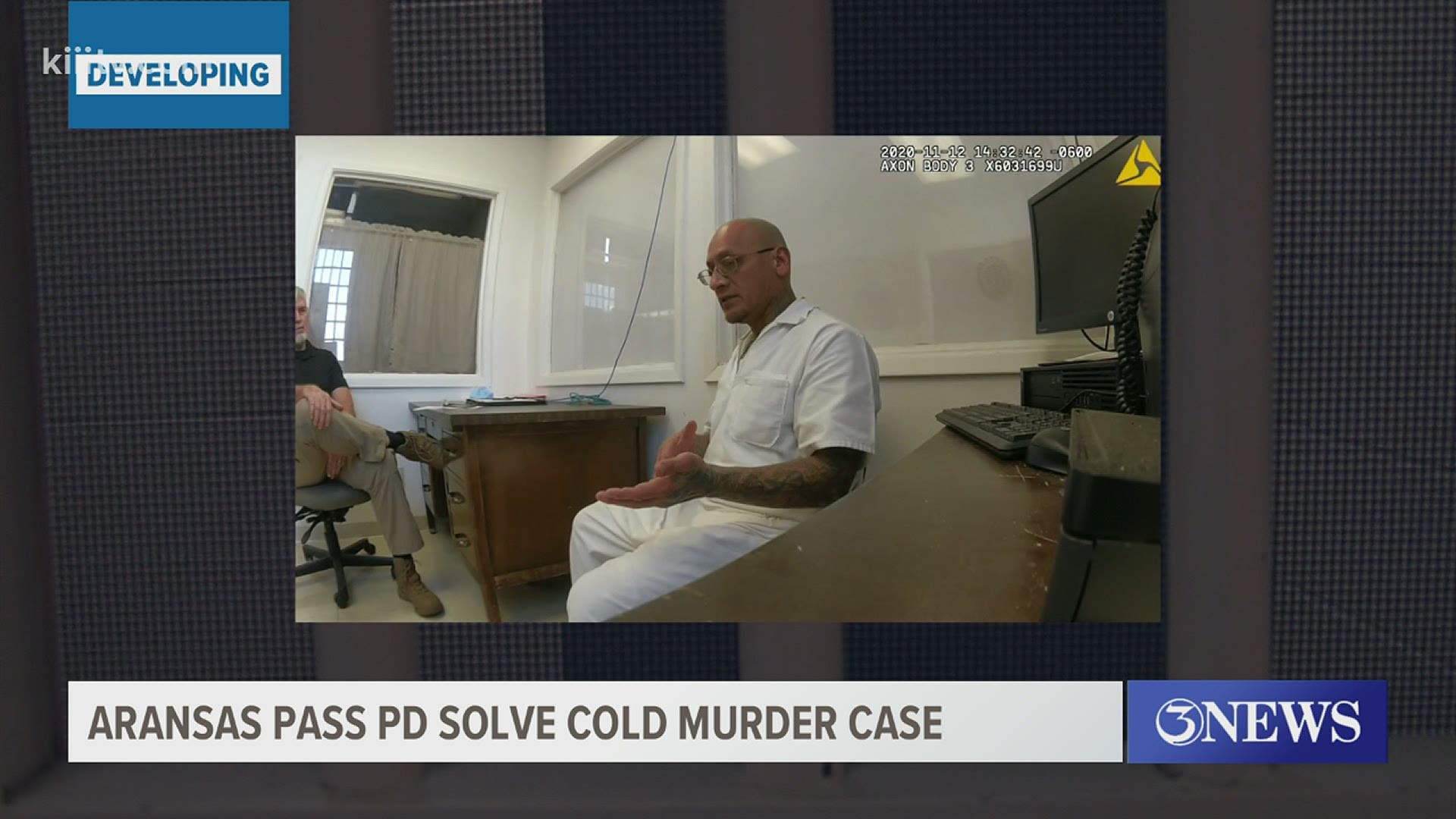 Davila then admitted to killing 53-year-old George Smith in a drunken and drugged haze, officials said.

Gilbert was suspected of the murder in 1994 but investigators never had enough evidence to pursue charges and the case went cold, Aransas Pass officials said.

The murder happened after Davila and his estranged wife were separated. Police said Davila made death threats toward his wife for leaving, so the wife stayed the night somewhere where she felt safe.

The following morning, she awoke to the news her step-father, George, had been murdered.

Gilbert reported to investigators during a recent interview in prison that he did not go to the Smith residence with the intention of committing murder. He intended to force his wife to go home with him, police said, but he was also "not in his right might due to drugs and alcohol."

While at the Smith residence, Davila said things escalated and resulted in him shooting and killing George.

When asked why now, Gilbert explained he had turned his life to God. Gilbert felt it was only appropriate that he resolve his past crimes, sins, and this was one that needed full disclosure.

Aransas Pass police commended Davila for coming forward to do the right thing.

"Even more, our thoughts and prayers go out to the Smith family and friends affected by this tragic crime. We hope the ensuing criminal case against Gilbert in this matter will help bring complete closure to the family," officials said.