Law enforcement officials say that human smugglers are taking advantage of the current crisis at the border and making their way to places like Refugio County. 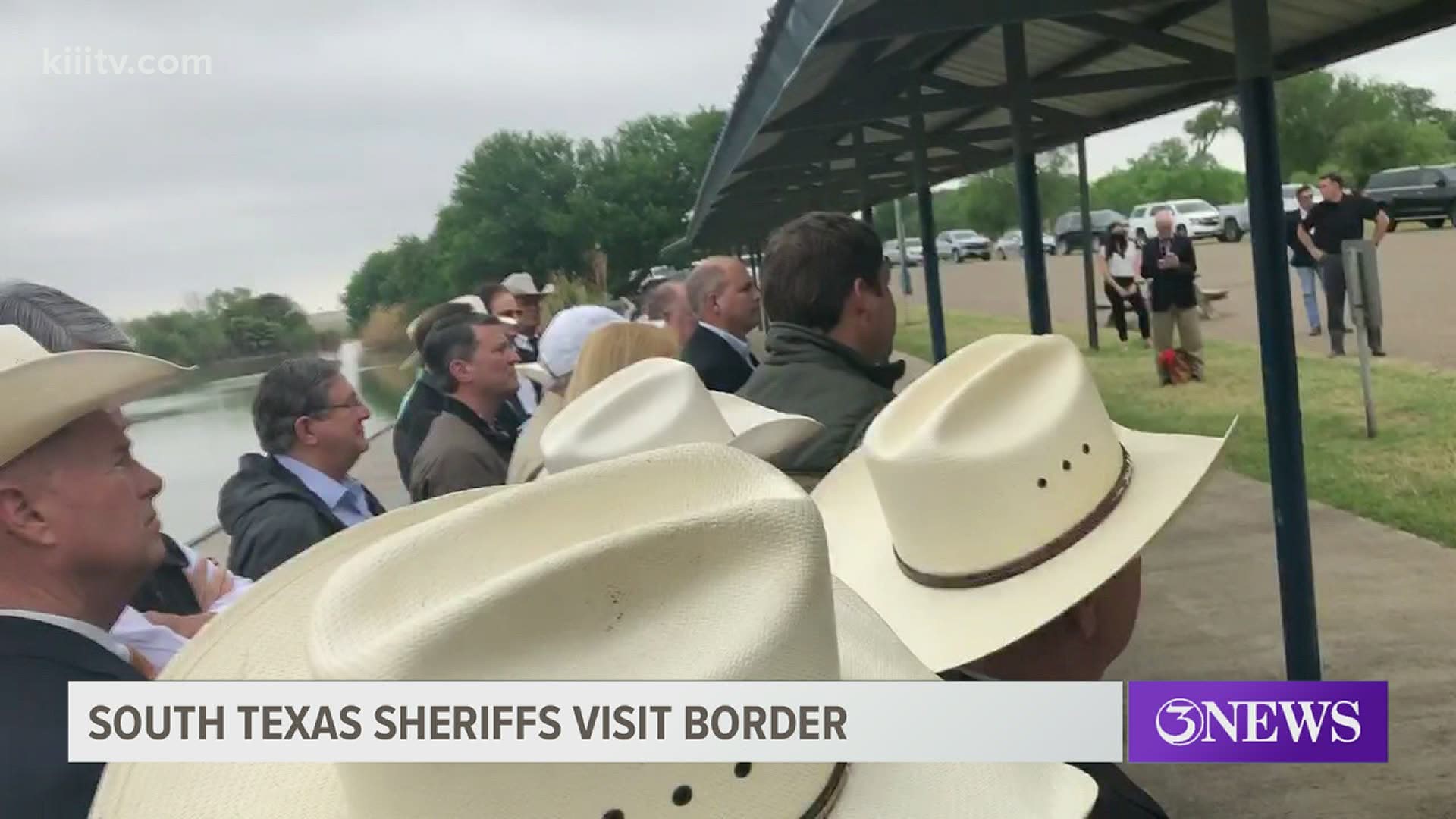 NUECES COUNTY, Texas — Law enforcement officials say that human smugglers are taking advantage of the current crisis at the border and making their way to places like Refugio County.

The crisis at the border continues to attract State and Federal officials, all wanting to see first-hand the problems there. A delegation of about a dozen of Texas congressman along with members of the Texas Sheriff's Regional Alliance paid a visit to McAllen, Texas, Wednesday to do just that.

They were there to witness and discuss the surge of immigrant families and children at the U.S.-Mexico border. It's a situation that law enforcement officials say is being exploited by human smugglers.

For instance, a wild chase down Highway 77 recently ended  in crash as an alleged human smuggler tried to speed through a fence and escape on foot. Refugio County deputies and Department of Public Safety officers did not let him get away, however, and pulled him out of the truck through the window.

"It's getting worse. We have seen since this presidential administration has taken over, it's just gotten worse and I don't know when it's going to end, or if it's ever going to end," Gonzales said. "It seems like our borders are wide open."

San Patricio County Sheriff Oscar Rivera said that for some reason human smugglers seem to be avoiding his county. He, too, was at the border as part of that Sheriff's Alliance contingent that met with State congressmen as they toured that new immigrant detention facility in Donna, Texas.

"They discussed the problem we have going on at the border and that's border security," Rivera said. "We were apalled to hear that Donna, Texas -- the Border Patrol station there that normally houses 250 top inmates, were not inmates but immigrants -- had 5,700 people there now. That's crazy. How do you put 5,700 people in a room that's for 250?"

Both sheriffs said that after visiting the border, it is obvious to them that Border Patrol agents are overwhelmed with the number of immigrants they are having to handle. They said the agency can't properly patrol the rest of the border, and that is leading to more human smugglers making their way through to places like Refugio County.