"Her story will leave a legacy that will see changes to better protect the men and women in the armed forces." 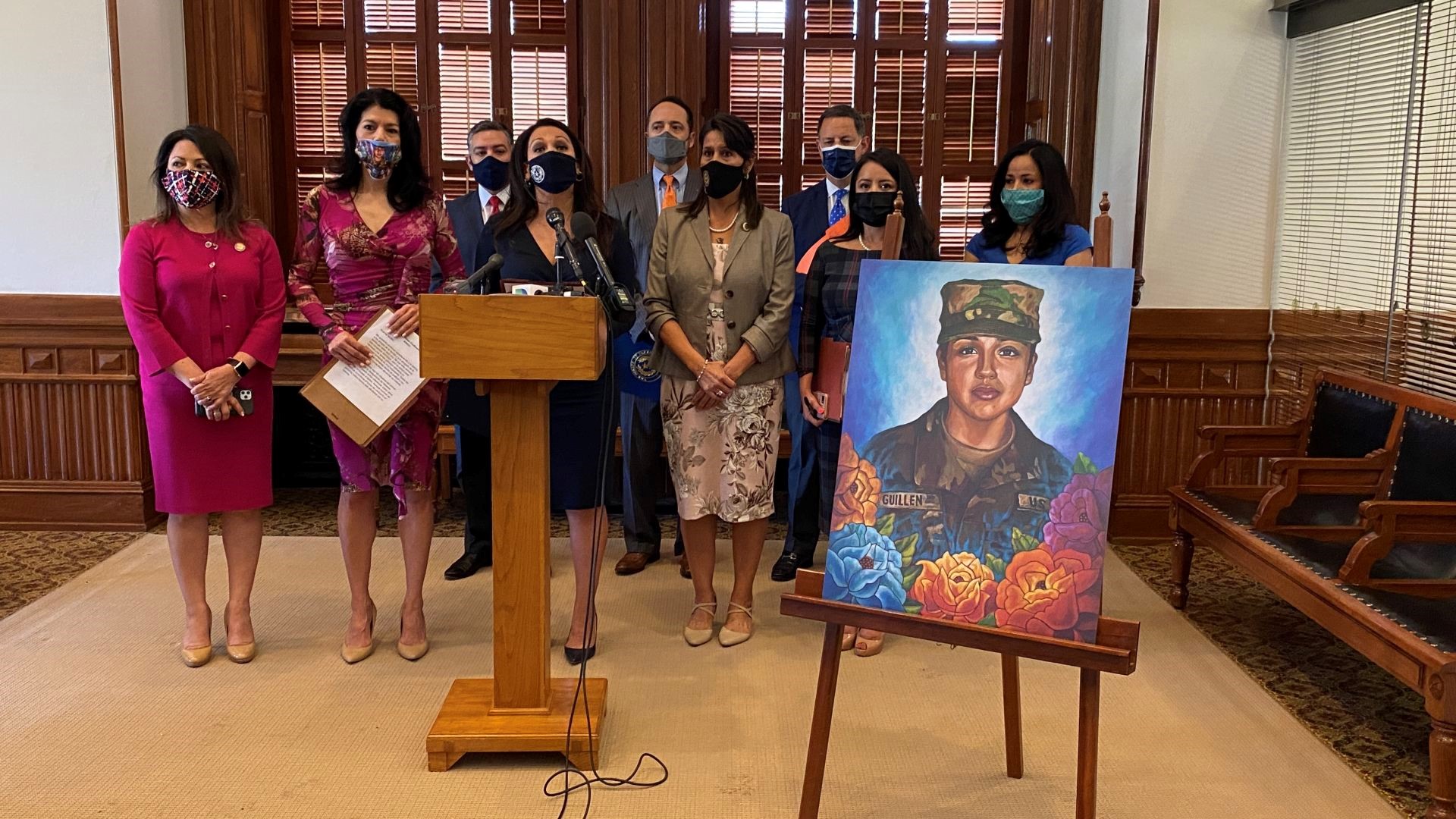 AUSTIN, Texas — About a year after Spc. Vanessa Guillen  went missing from Fort Hood, where she was stationed, Texas legislators are introducing new bills aimed to protect service members from sexual harassment and sexual assault.

"Nearly a year after she disappeared, we still call for change in her memory," said State Rep. Christina Morales said during a news conference Tuesday, urging U.S. Congress to pass the "I Am Vanessa Guillen" Act, or HR 8270.

The bill won't be introduced to Congress until May 10.

"... No soldier should face sexual harassments and no soldier should endure the violence that Vanessa Guillen endured," Morales said. "We must do better for our service women and men and do better to ensure a safer space for those who protect our country."

Before Guillen went missing on April 22, 2020, her family said she told them about sexual harassment she was experiencing, but didn't want to report it in fear of retaliation from her superior.

About two months after she went missing, her family and the public witnessed "the military's extremely slow reaction and lack of urgency," said State Sen. Carol Alvarado.

"This ordeal opened our eyes to shocking gaps in the Army's procedure or lack thereof when it comes to sexual harassment and assault. It revealed a deeply-rooted systemic toxic culture of sexual harassment. We can do better. We must do better," Alvarado said.

"The military failed Vanessa Guillen, plain and simple, and it's up to us that we don't fail our enlisted heroes ever again," she said.

"It is something that will continue to be a problem until we prioritize the safety of the victims," he said.

Blanco said Senate Bill 623, also known as The Vanessa Guillen Act, will do just that: It will help military members report sexual harassment and sexual assault without fear of retaliation, lack of confidentiality or concern that nothing will be done, Blanco said.

"With the Vanessa Guillén Act, Texas can lead by example in protecting our Texas military members from sexual assault and ensure swift justice is delivered for victims," he stressed.

Alvarado also announced that SB 1185 and House Bill 4162 would designate a portion State Highway 3, or Galveston Road in Houston, as the Vanessa Guillen Memorial Highway.

Another bill included HB 4250, which would establish a state sexual assault prevention and response program for the Texas Military Department.

"Let us never forget who she was, what she stood for and her courageous example of thousands of others enlisted soldiers," Alvarado said. "It is because of her that hundreds of men and women had the courage to come forward to tell their story."

Months after her disappearance, Guillen's body was found in East Bell County on June 30, 2020.

The suspect in the case, Spc. Aaron David Robinson, shot and killed himself the day after her body was found. He reportedly killed Guillen in an armory room on Fort Hood.

Another suspect in the case, Cecily Aguilar, was arrested over her alleged role in Guillen's death. Authorities say she reportedly helped her boyfriend, Robinson, bury Guillen's body.