The lawsuit was filed on behalf of Jose Cantu on September 4 in Nueces County and cites Cantu is seeking $100 million in damages. 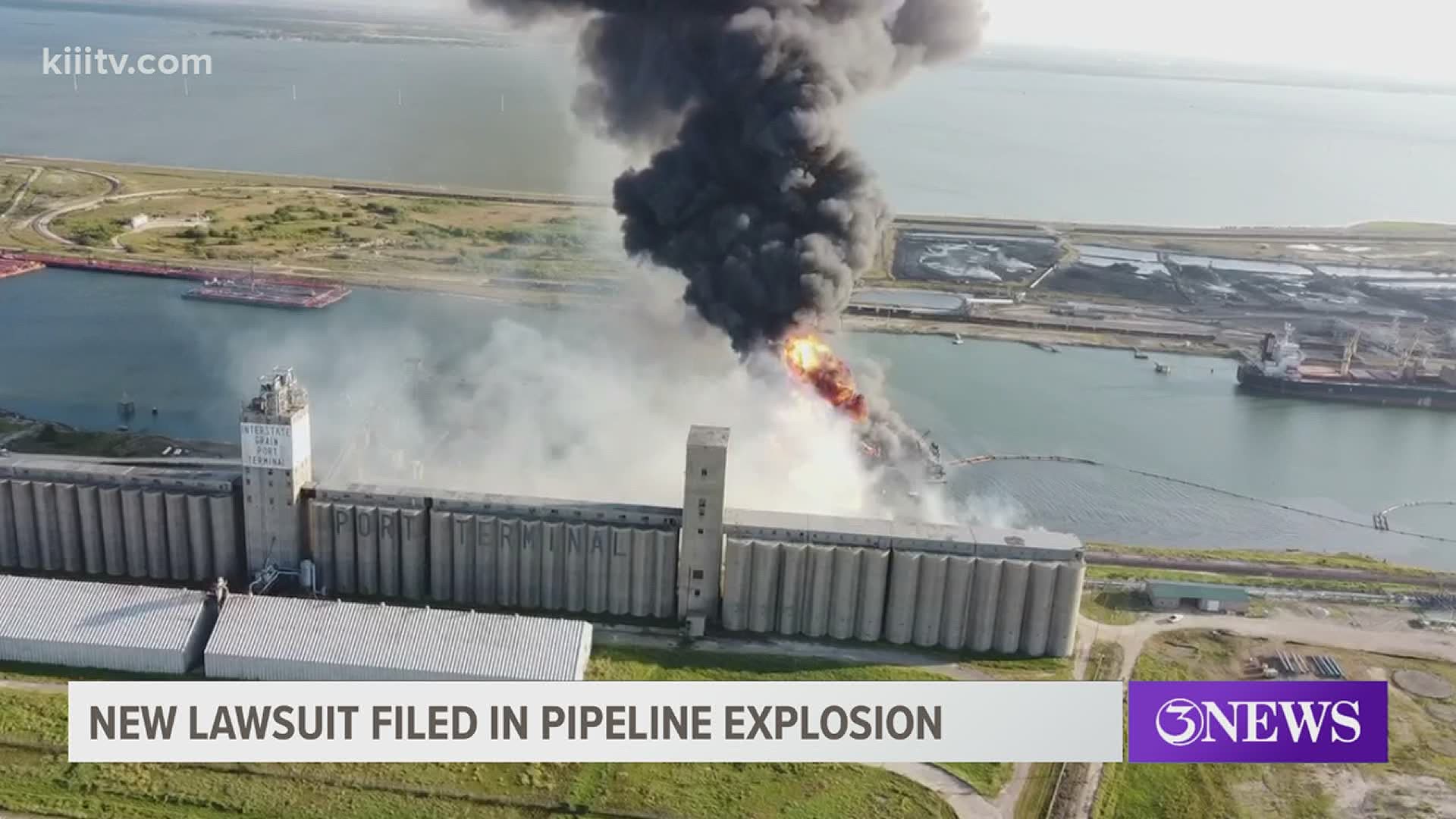 CORPUS CHRISTI, Texas — A new lawsuit has been filed for a worker that was severely burned during the Orion dredging explosion that occurred just after 8 a.m on the morning of August 21 in the Corpus Christi Ship Channel.

Arnold & Itkin LLP, of Houston, filed the lawsuit on behalf of Jose Cantu on Friday, September 4, in Nueces County and cites $100 million in damages are being sought.

According to the lawsuit, Cantu was working on Waymon L. Boyd as a seaman under the Jones Act, which was owned and/or operated by the Orion Marine Group.

Jose Cantu sustained severe burns in the fiery explosion back in August and was taken to a burn unit in San Antonio, Texas.

RELATED: US Coast Guard: 'All four missing crewmen have been recovered' after the pipeline explosion in Corpus Christi on August 24

Attorney Kurt Arnold of the Houston law firm, Arnold & Itkin, is representing Cantu and his family.

Kurt Arnold says, “Burn cases are the most horrific types of injuries that we deal with because the pain for the survivor is unimaginable, it has a catastrophic impact on their ability to participate in daily activities, and turns the lives of everyone in the family upside down.”

Attorney Kurt Arnold says this type of maritime disaster should never have happened and he is committed to discovering the full truth of why the explosion occurred in the first place.

"The defendants need to do the right thing to take care of these workers and their families. We’re committed to making sure a disaster like this never happens again,” said Attorney Kurt Arnold.

The dredging operation was performed at the request of Epic Midstream Holdings at the Epic Marine Terminal in Corpus Christi's Inner Harbor.

The lawsuit states that both Orion and Epic were negligent in providing a safe workplace, warning the crew of the pipelines in the Ship Channel, and adequately surveying the area of hidden dangers.

The explosion rocked surrounding neighborhoods and left 4 crew members that were on board the vessel missing. The bodies of the missing crew members were recovered in the Corpus Christi Bay waters by the United States Coast Guard.