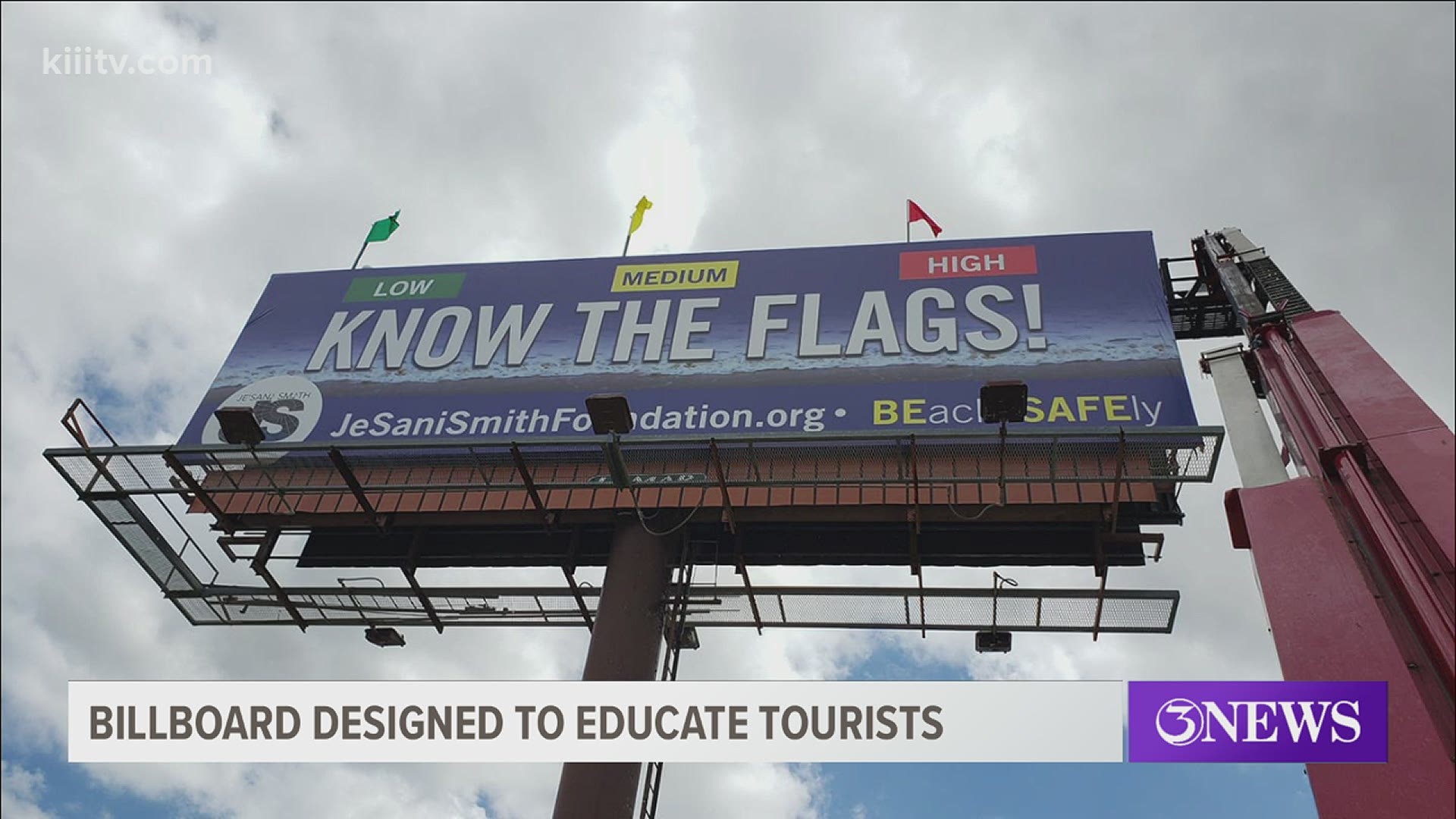 CORPUS CHRISTI, Texas — There is a new warning up along IH-37 for visitors to the Coastal Bend.

The "Know the Flags" billboard just put up along IH-37 near Suntide Road is designed to help educate out-of-towners about the dangers of rip currents.

The sign was paid for by the Je'Sani Smith Foundation and it features three flags at the top of the billboard and what they mean.

In April of 2019 Smith, a King High School student was killed by dangerous rip currents near the Packery Channel.

According to organizers, County Commissioner Brent Chesney will be on-site along with other Nueces County officials and members of the Jesani Smith foundation for the upcoming ceremony.

"I am so happy with the great progress the Je’Sani Smith Foundation has made at the beach with rip current and beach safety awareness. Kiwana Denson and her family have made a real difference, and I am honored to be a part of it. The Foundation is a great partner with Nueces County in this effort,” said Commissioner, Brent Chesney.

The $5000 donation will be used specifically for educational public service announcement material and scholarships set up by the Je’Sani Smith Foundation, organizers say.

Thursday's event at Padre Balli Park will include the announcement of the donation and a special information session regarding upcoming campaigns for this Labor Day.

The Je' Sani Smith Foundation has made tremendous progress in raising awareness of the dangerous rip currents that lurk in our Gulf Beaches.