The law would increase the minimum sentencing for those convicted of distributing or producing the lethal drug. 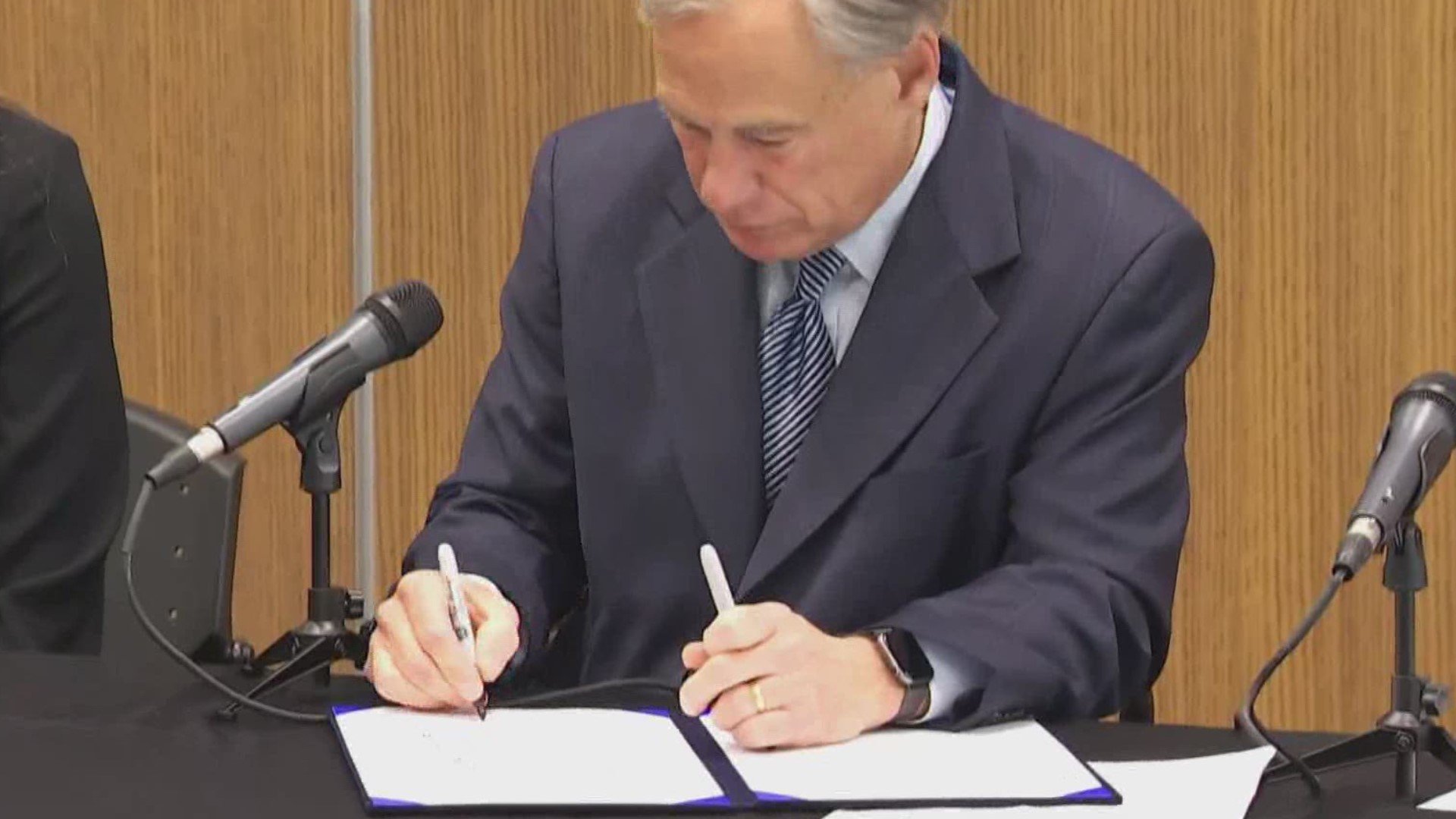 HOUSTON — Gov. Greg Abbott ceremoniously signed a bill that if put into law would crack down on illegal fentanyl distribution and production in Texas.

According to the governor, there has been an alarming increase in fentanyl seizures by law enforcement this year compared to last. He said Senate Bill 768 is "intended to crush" the spread of fentanyl in Texas.

The Texas Department of Public Safety has already seized more than 320 pounds of fentanyl since the start of this year, an alarming increase compared to the same timeframe in 2020, according to the governor.

RELATED: VERIFY: Yes, fentanyl seizures at the U.S.-Mexico border have seen a huge spike this year

Fentanyl is a strong narcotic often used in severe pain medication. While significantly more powerful, its effects on the body is similar to that of other opioids such as morphine and heroin.

"Fentanyl is one of the most dangerous drugs on the street," Abbott said.

Senate Bill 768 enhances criminal penalties for manufacturing and distributing fentanyl in Texas. Under the law, the punishment for the manufacture or delivery of 4 grams to 200 grams of fentanyl is a minimum of ten years in prison or a maximum of life in prison. The minimum sentence increases to 15 years for an amount of 200 to 400 grams and 20 years for an amount of over 400 grams.

In his ceremonial signing of SB 768, Gov. Abbott says the law is "intended to crush" the spread of fentanyl in Texas.

This bill doesn't try to get to the users, we want to get to those who are distributing this drug, who are responsible for killing our young people," Huffman said. "[SB 768] is a powerful tool for our judge. I hope they use it."

"We can not do this alone, we need our elected officials to stand up for Texans," Christoph said. "Public safety should not be a partisan issue...it's why we're so proud of this bill that passed with full support."