State Senator Chuy Hinojosa hopes that the increased penalties will dissuade human smugglers from doing their business in Texas. 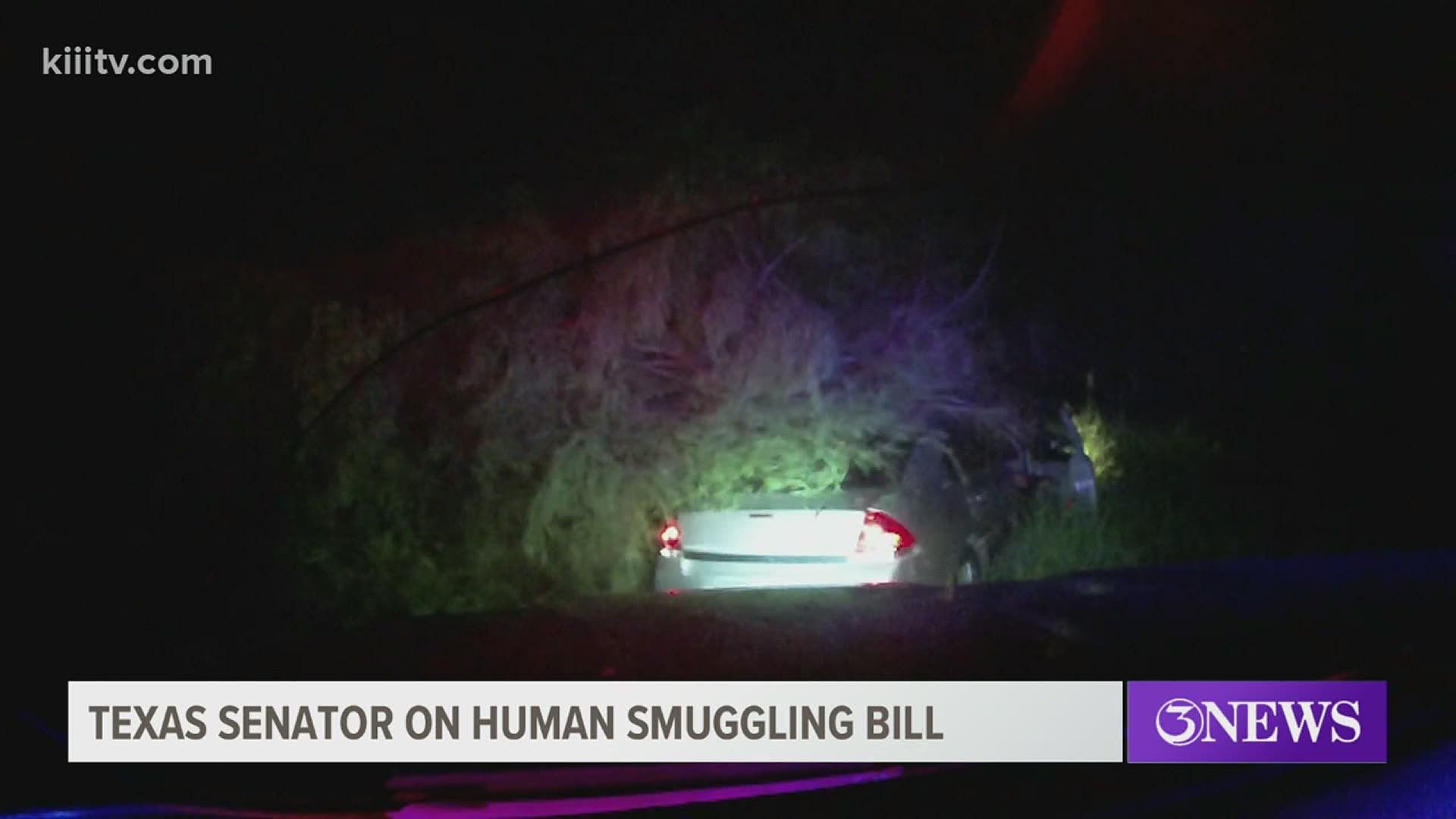 CORPUS CHRISTI, Texas — State lawmakers are looking at a bill that will make it easier to prosecute human smuggler.

State Senator Chuy Hinojosa is hoping that his Senate Bill 576 will eventually be signed into law. He hopes that the increased penalties will dissuade human smugglers from doing their business in Texas.

Lately, there’s been an epidemic of bail outs and immigrants left to die in the brush in places like Brooks and Refugio Counties, law enforcement officials said.  Many officials are asking for any and all help to stop rise of human smuggling.

”Under new legislation that I introduced and got out of the criminal justice committee here on the Senate side, it makes it much easier to prosecute and convict smugglers because we’re trying to find ways to help," Hinojosa said.

Kleberg County District Attorney John Hubert says this bill would make it easier to prosecute smugglers because prosecutors won’t have to prove the financial agreement between the smuggler and an immigrant.

He tells 3 News that the bill would also give Homeland Security officers the powers of a special investigator so they would finally have the ability to not only arrest a human smuggler in the state of Texas but to file felony charges against them.