Will Texas be a battleground state in 2020? 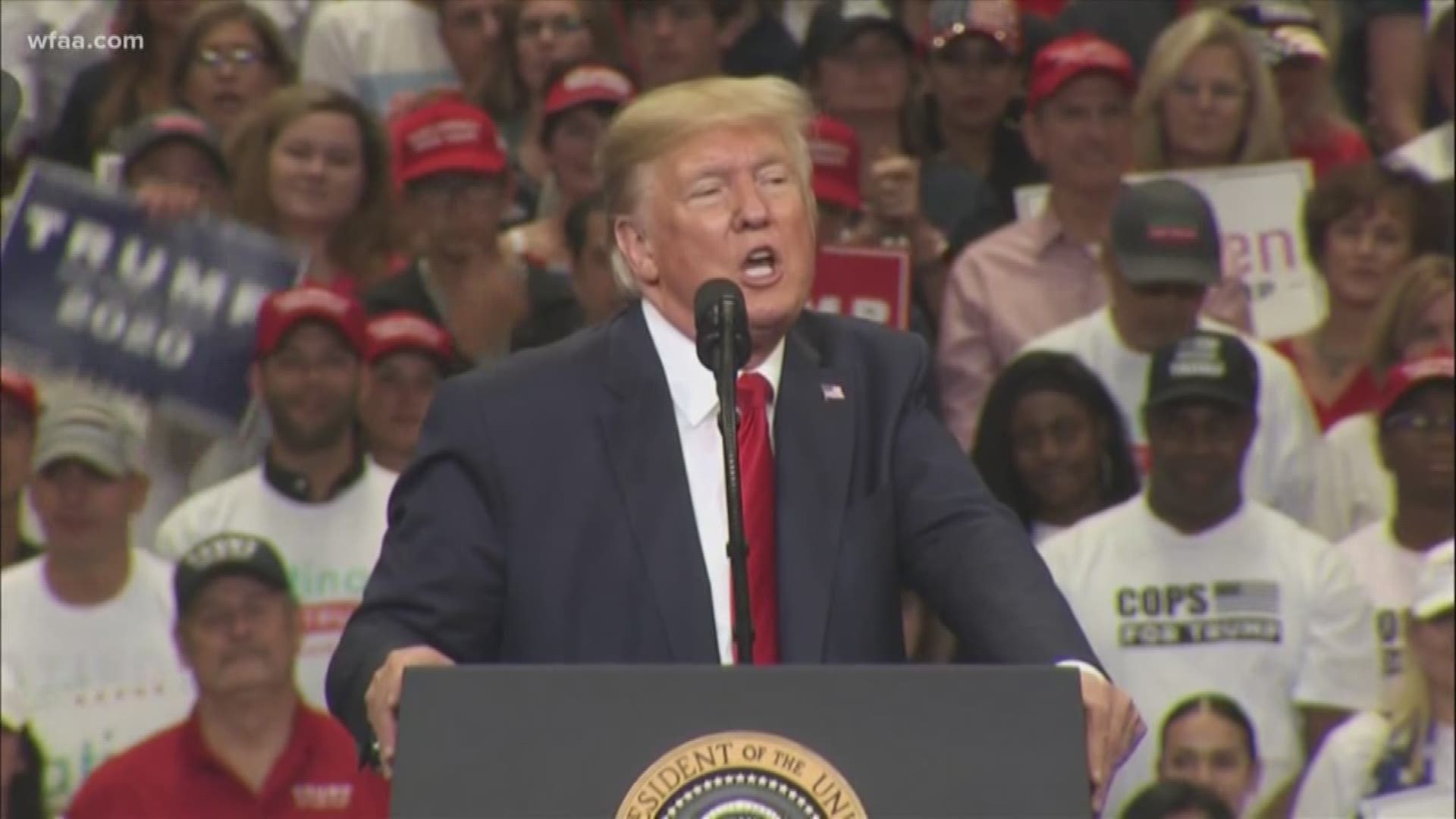 DALLAS — Before rallying in Dallas, Pres. Donald Trump toured a new Louis Vuitton factory in Johnson County and attended a fundraiser in Forth Worth.

A Republican president running for reelection rarely needs to campaign in Texas. What Thursday's visit to the Lone Star State means is, however, up for debate.

“It’s Texas. They like me in Texas, I will say,” Trump said at an event celebrating the facility in Johnson County.

During his rally later Thursday in Dallas, he lamented how the “fake news” tried to tell people Texas was a battleground state in 2016.

He pointed to the media as he said, “Remember the last election they said - these phonies in the back - they said Texas is in play.”

“I said, ‘Why is Texas in play?’ and they said that that it’s phony. It’s suppression. They try to get your hopes down and suppress you. It’s fake news,” Trump said.

The energized crowd seemed to hang on his every word at the American Airlines Center, and the sheer number of people inside and outside the event made Texas appear like it is unshakable Trump Country.

Rahman said Trump’s presence in Texas and the fact that he is investing time, energy, and money here proves Republicans are worried about carrying the state in 2020.

Campaigntracker.com tracks candidate spending on Facebook ads. Their reporting shows the president has spent more on Facebook ads in Texas in 2019 than any other state.

“You look at all the changing demographics, the changing and diverse electorate, and you realize Donald Trump is in a lot of trouble here in Texas, Rahman said.