The future of North Beach

Part of a $40 million proposed master plan could change the face of North Beach. 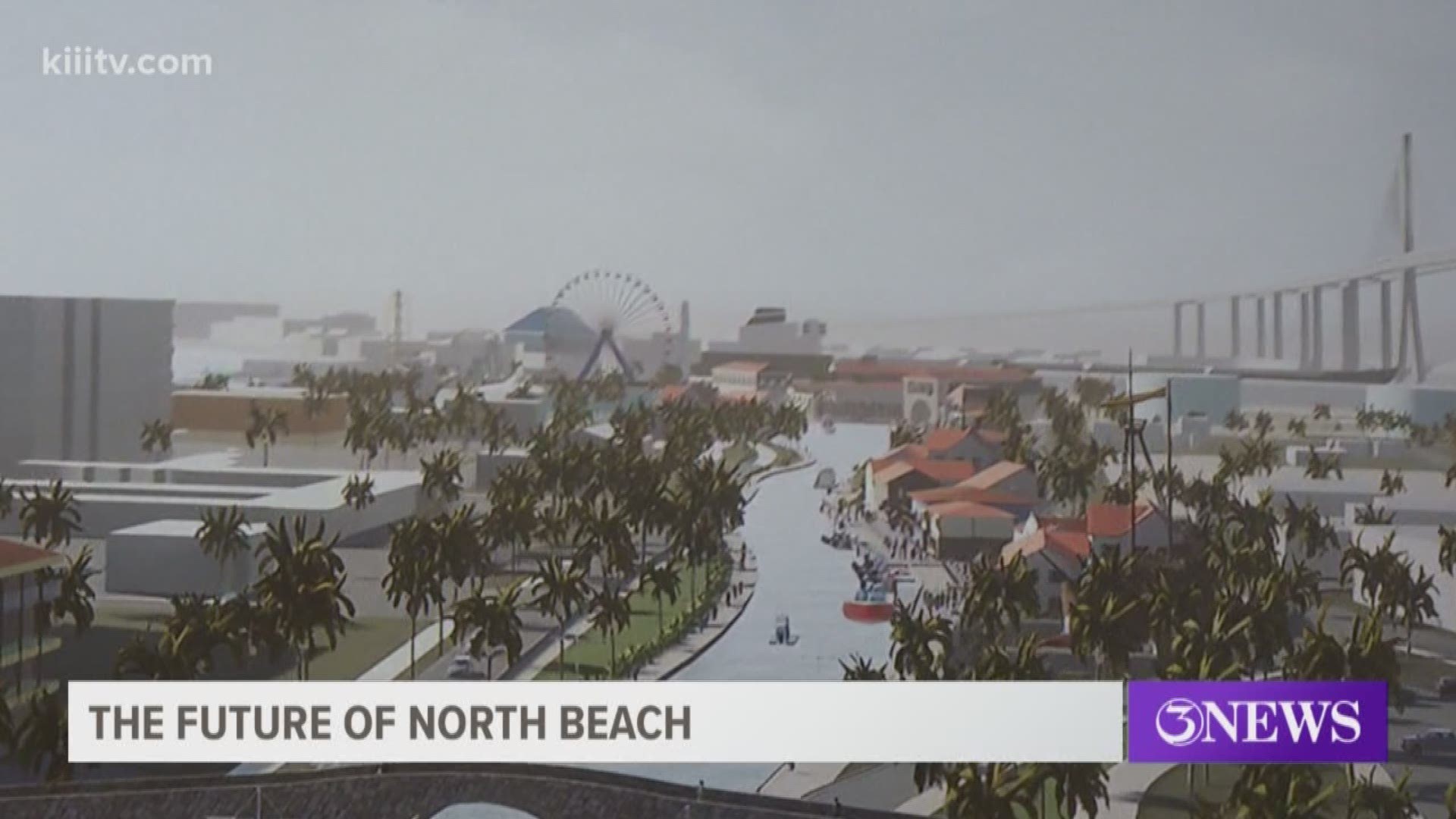 CORPUS CHRISTI, Texas — The history of North Beach is vital for its future

3News got a closer look at the work behind a proposed $40 million project that would bring a canal system to North Beach.

According to those behind the vision, the system would solve drainage and flooding issues that have plagued Corpus Christi for years.

Not only would the project fix the flooding problems in Corpus Christi, but would also spur growth to a part of the city that hasn't seen significant development in years.

Developer Jeff Blackard pointed out some of the highlights of the project through a virtual video.

"The potential of North Beach is phenomenal. You don't see it until someone points it out, that is why we did this video to see what it's going to be," Blackard said.

Blackard came up with the idea of a ten-foot deep canal system through the middle of North Beach as a solution to the drainage problems.  It's part of a $40 million proposed master plan could change the face of the area.

"I think its one of the most exciting things I've heard coming to Corpus Christi," Jed Rollins said.

Many of the North Beach photos hang on the walls of a downtown office building that has been dubbed the war room.

"If you come here and see this room, county commissioners, people from north beach, hotels, from the college, coming to sit through and understand what we are doing and giving input," Blackard said.

North Beach has been called the gateway to the city and is often the first impression visitors have.

Aside from having two-pillar attractions in Corpus Christi, there hasn't been development here in years.

"I want to mentally get past that it's going to happen, because it is happening today.  There are bulldozers out there, processes we have to go through.  We are doing that right now.  Everything is in motion today," Blackard said.

A task force has been looking at ways to improve the area.

Chris Urban was hired on by the city for a drainage study.

"We're about halfway through the process and so far the drainage is looking positive that this concept is going to work, we should be wrapped up in about 3-4 weeks," Urban said.

The transformation of North Beach could happen sooner than later.

Work is already underway by Blackard Global on a $24 million development called La Vista Pointe on North Beach that will include a lighthouse.

According to Jonathan Gonzalez, it's important for younger people also to get involved as well in North Beach's future.

If all goes according to plan, the canal could be constructed by 2023.

You might recall it was just two weeks ago when Nueces County Commissioners gave their approval, supporting the idea of a tax incremental reinvestment zone being established on North Beach.

That boost in money could be used to maintain the canal system.

The reinvestment zone still has to go before city council which could happen in just a few weeks.